Year Of The Yao DVD Review 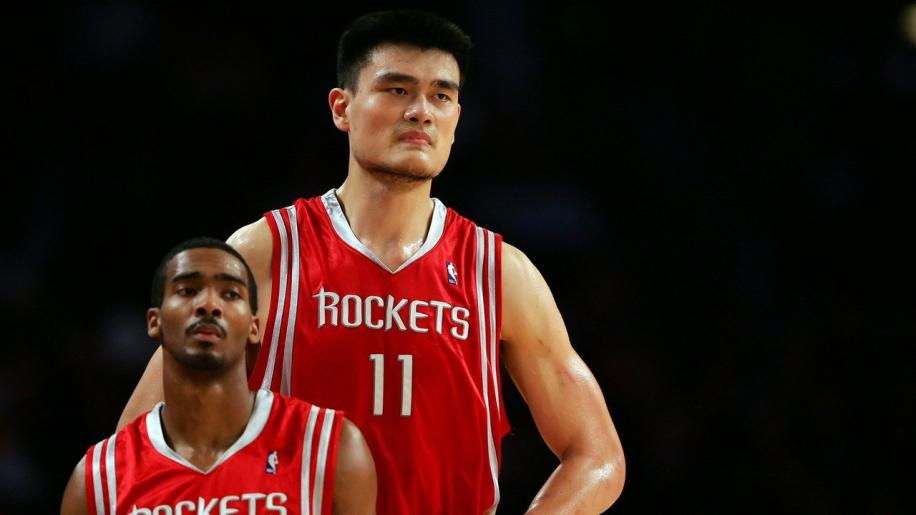 The picture is given a 1.33:1 full screen aspect preserving the TV format for which the film was made. As this is a documentary the source material comes from many different areas, TV broad casts, home video, digital video for interviews and stock film. As you can appreciate such a diversity in material leads to several different picture takes. For the most part everything is reasonably colourful, though there are plenty of occasions for bleed and wash. Contrast and brightness vary wildly through out the various sources, plenty of grey and over boosting. Detail levels also vary between sources, at times nice and sharp (interview sections) other rather too soft (video sections) and harsh (TV sections). Now I know all this sounds awful, but really it is not that distracting, like any TV documentary there are differences between the material, we watch and carry on. Digitally, the only problems were from the original source material and not from compression, there was a little edge enhancement though. Original print problems were limited to motion blur from the video source. In all, not worth a great picture mark, but it is always watchable and could never be cleaned up, nor should it. Two English Dolby Digital sound tracks are given a 5.1 and a 2.0 surround. I experienced very few effects from the 5.1 track, only the music and the crowd were given any real separation, the rest was dialogue driven and always from the front. There was little given to the range, mainly kept to the middle, there was little bass to speak off. Dialogue was always clear and precise, though there was some distortion from the crowd, though I expect this is more to do with the original recording equipment than any digital problem. The 5.1 is obviously wider than the 2.0 surround, but there really is not much in it, both concentrate on the front with little rear action. In all not a great or subtle sound track, but then it doesn't need to be, the information is put across in a satisfactory way. Only two real extras for this disc, deleted scenes and the theatrical trailer. There are eight deleted scenes that can be played individually or all together with the play all function and runs for an impressive fifty five minutes. They add little to the actual program and are made up in exactly the same format, so at that length make a near second feature. I enjoyed watching the main film and these extras scenes made it even more enjoyable to see a little bit more of Yao's life in America.

The theatrical trailer mattes the 1.33:1 aspect to 2.35:1 so there is therefore substantial material lost form the top and bottom of the frame, but it gets across exactly what the film is trying to say.

I didn't investigate the DVD-Rom content as I was unwilling to load the program needed to view it. Year of the Yao is a terrific documentary, it captures one man's struggle with three separate worlds, that of his native land, that of his new country and that of basket ball, and managing to juggle all three in a triumph of the human spirit. As a DVD package there isn't really much, but quite honestly it doesn't matter, the film is hugely enjoyable without any frills.