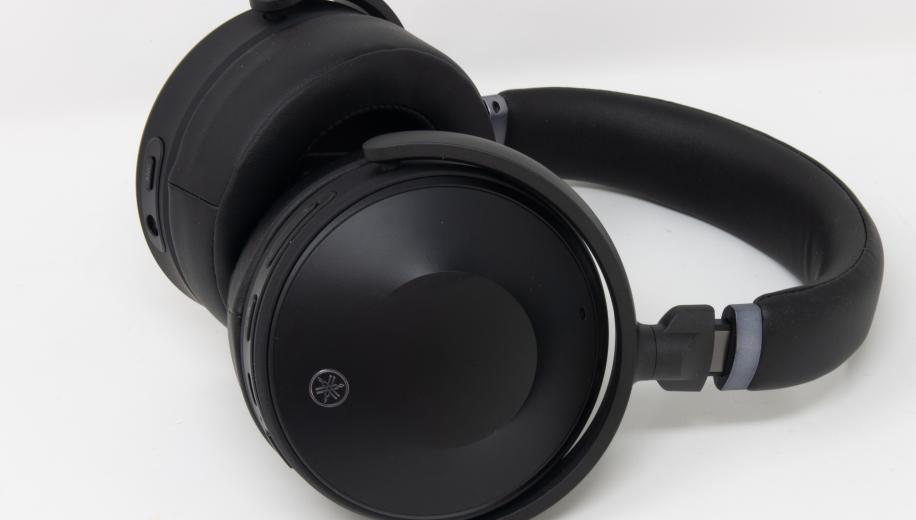 The Yamaha YH-E700A is a closed back, over ear headphone with Bluetooth audio and active noise cancelling. It joins a market segment that’s a growth sector (even in a world where we don’t fly, having no cable and the ability to drown out the world out remain desirable options) but one where there’s no shortage of established competition.

The basics of the Yamaha are conventional enough. It is built around a pair of 40mm dynamic drivers that are placed in over ear, closed back enclosures. If you wish, you can connect via an analogue cable that connects to a 3.5mm input on the left hand housing. Bluetooth is the primary connection though and the Yamaha is equipped with Bluetooth v5.0 and fitted with additional support for AAC and aptX Adaptive Bluetooth. Battery life is quoted at an impressive 35 hours with the noise cancelling on, which is among the best in class.

The noise cancelling (or Advanced Active Noise Cancelling in this case) is an adaptive system that constantly monitors the noise levels around you and adjusts the amount of reduction being applied at any time. It can be switched off and an ambient noise passthrough selected but there is no voice passthrough or sliding adjustment of the available noise cancelling.

What you do get is something called Listening Optimizer. This is a pair of microphones that analyses performance in the ear canal and adjusts EQ to compensate. It’s similar to the Nuraphone system but it works constantly to adjust performance - Yamaha says every 20 seconds. It’s different to anything we’ve seen before and quite an interesting approach but, like the Nuraphone, it’s hard to get much of a feel of what it’s doing or how personalised the results are.

The hardware and general construction of the YH-E700A is reasonably in keeping with the competition but there are some key differences. This is the biggest ‘nomad’ design I can remember testing and they are bigger than I’d generally be prepared to walk around wearing. The counter to this is twofold. First up, their natural noise isolation is exceptional; up there with the PSB M4U8 which I had previously considered to be about as effective as it gets in this area. Secondly, they are comfortable things to wear and comfortable in the context of a 35 hour life. That flat panel on the side of the enclosure doesn’t look very interesting… but it means you can comfortably lean against the side of a seat bolster and sleep while wearing them.

This is the biggest ‘nomad’ design I can remember testing

As there’s no touch panel or gesture sensor, the controls are on buttons on the right hand handset and these are… OK. It’s hard to get a quick sense of which button is what but you do learn and things are helped by an excellent voice prompt system via a robotic voice that sounds uncannily like former Royal Correspondent Jenny Bond. Build quality is typically Yamaha too - unshowy but solid.

In a traditional long form review (this isn’t one as I now will be covering some products in a short form review so the site can cover more of them), I’d riff for a while on the issues that the YH-E700A has and then, like a pound shop Clarkson, pivot and explain why it doesn’t matter. Here there isn’t the space for that so I’ll be direct.

In a space where you might be trying to cancel someone watching TV or your son playing Minecraft (why does Minecraft involve so much shouting? Can somebody explain this) it honestly does its best work with both noise cancelling and Listening Optimizer left off. The latter in particular is perceivably doing its job and evaluating what it hears but in ordinary room surroundings, it’s a sledgehammer to crack a nut. I can say, having tried them side by side, that in domestic situations, the Yamaha has no performance advantage over the Audio Technica M50X BT… which is half the price.

The talents of the Yamaha are hard to exploit in lockdown but they’re there if you look for them. If I stand on the pedestrian footpath under the M1 near my house and try to listen to Agnes Obel’s Philharmonics, most headphones will not deal with this challenge terribly well. The Yamaha on the other hand does an impressively good job of it. Here, Listening Optimizer begins to earn its keep, working to keep things in the ear canal sounding right. It combines with a level of noise cancelling that is seriously good.

If I was flying to another continent tomorrow, I’d be packing them.

I have long considered that for the business of noise abatement (as distinct from listening to music) Bose remains the gold standard. Now I’m not so sure. There’s also little argument that the Yamaha still sounds pretty good even in these conditions. This is never the most exciting headphone going and it can feel a little smoothed over but it handles a wide spread of music and on demand video very effectively. I’d like a little more volume headroom but that seems to be part of safety directives that everyone is subject too.

Slightly awkwardly for Yamaha, at a time where very few people can go anywhere, they’ve built what might be the best travel headphones I’ve ever tested. If I was flying to another continent tomorrow, I’d be packing them. The catch is, that for less arduous work, the YH-E700A feels bulky and quite pricey, which is a challenge when the role for which they are really designed is going to be a pipedream for many of us for a while yet. However, if you can see a time where those long flights will feature in your life again, you need to hear these and for that reason the YH-E700A earns our Recommendation.