Forget creep like a ninja, this ninja is a creep. 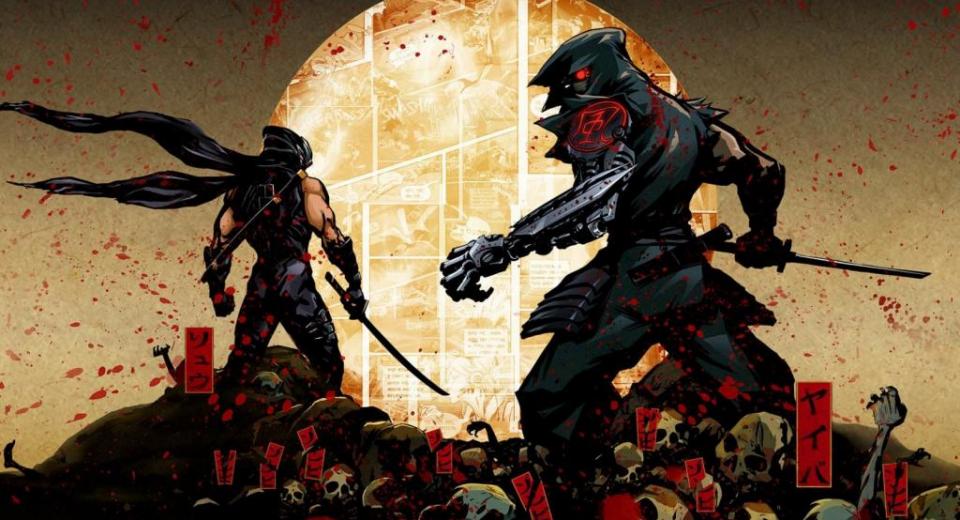 Not all bad games are made the same.

Some are unfinished, pushed out far too early and with too many bugs. Others have a good soul let down by poor design but offer enough to tempt you to push through their flaws. I’m sure you have your own examples of both and they occasionally turn into guilty pleasures but there are also those that are just plain broken. Core mechanics that don’t meld, themes that once seemed hilarious on a drunken staff night out, aspects that actively turn the player against them.

Although terribly unprofessional, I put off finishing this review for about a long as I could. Every time I sat down and picked up my pad preparing to push further into Ninja Gaiden Z I hesitated. My stomach sank at the mere thought of jumping into Yaiba’s lecherous body and mindlessly dismembering zombies in a world where the camera seems to hate you so much that it’s joined forces with the legions of the damned to destroy you. It’s a mess.

A proportion of my disdain can be attributed to just how unlikeable the developers made the lead character. An accompanying comic book shows how once upon a time Yaiba became so fed up with his clan that he massacred them, adding further insult by resurrecting them to rob them of the noble death they craved as ninjas. Then in an extra dickish move he seduced a sister of one of the fallen before bragging to her about how he killed her brother and leaving her stranded up a mountain. His questionable behaviour doesn’t improve as the adventure progresses, either. This isn’t the anti-hero you find in Grand Theft Auto where there’s a sliver of humanity behind the man holding the gun, this is a loutish, high-school jock with a sword who holds no redeemable features. It’s impossible to give a tuppence about him.

Thankfully, in a fit of karmic justice, he gets a comeuppance. After foolishly calling out Ninja Gaiden’s usual protagonist Ryu Hayabusa he is sent packing with a broken sword, minus an eye and an arm. That would have been a fitting end and no more need be said but in someone’s infinite wisdom Yaiba himself is resurrected and turned into a cyborg, a glowing red eye staring out from under his cowl and a robotic arm tucked beneath his robe. In quite a convoluted start to the game the surgically enhanced ninja swears vengeance on Ryu and heads to his last known location: a city overrun by zombies. Presented in high contrast colours and with comic book shading, Ninja Gaiden Z throws you into a dishevelled world of crumbled buildings and burning oil drums. It’s a striking style and one that wisely sets itself apart from the rest of the franchise. The look really help the zombies, too, giving them a refreshing, colourful style. They shamble on with each new variant greeted by a short intro, framing them dramatically before they drop their catwalk posing and lunge for the jugular.

Dozens can be on screen at once, leaving you fighting through a veritable sea of the undead with your broken sword, robotic fist, and reaching flail. Combos are readily available as you mash the buttons and body start flying. There’s very little that doesn’t seem to work as you blades slice through decomposing flesh but for those that the game considers true chains it pops up a little piece of feedback letting you know what you happened to press and the damage inflicted. It’s handy, allowing you to discover moves through trial and error, judging for yourself their potency rather than relying on a move list.

Dish out just the right amount of damage to stun a zombie and with dab of the trigger the camera pulls in close and treats you to an over the top, bloody execution. Slow motion decapitation and crushing hearts in the palm of your hand, it’s all there primarily to stroke Yaiba’s ego but also happens to be a means to regain health presenting an interesting balance between outright destruction and controlled aggression.

Not that you’ll need it early on; basic grunts supply the fodder to a series of narcissistic close-ups but over time more varied zombies appear. Volatile elementals tainted by fire, acid, and electricity shuffle into view, with explosive results should you start smacking them together. Seeing a firestorm erupt as two collide is a satisfying reward for effective crowd control but this feature is very much underplayed apart from some heavily scripted set pieces.

The cracks in the combat begin to show when the mini-bosses arrive. They come in a range of forms from angry bikers through to psychotic clowns and floating electric brides and in principle are a fine respite from the rank and file. However, with the key to fighting them supposedly being counterattacking they prove infuriating as the window to pull off the move is unintuitive and miniscule. Attacks happen in a blur with animations paying little heed to your plight and offering no visual clues whatsoever. What is there – a flash over the enemy’s head – seems to bear no connection at all and serves more as a distraction than an aid. After a while I was so frustrated I gave up even trying.

The further you progress the worse this gets as Ninja Gaiden Z’s difficulty curve consists of throwing in larger and larger combinations of these characters. Each is a drawn out slog of excessive defending before peeking out of your shell to whittle them down. Some combinations are truly irritating too, especially when some zombies are quite happy to sit at the back and shell you with fire bombs as you’re blocking another’s ferocious lunges. There’s an element of target priority, true, but the encounters never feel as anything other than an arbitrary selection of zombies. It’s questionable whether having a working counter would solve this but at least you wouldn’t feel so helpless when overwhelmed.

To exacerbate matters the camera is possibly one of the worst I’ve encountered. It sits forlornly on the edge of each arena, not being drawn in as though it’s afraid of being hurt. In tighter areas this isn’t so bad as you can act like a whirling dervish and still keep your bearings. Unfortunately it’s not uncommon for these spaces to have considerable depth. You’ll wade into a horde of baddies in the middle distance and soon lose yourself as the camera refuses to zoom or track your position. Against normal zombies this is annoying enough but as the waves advance and you’re facing a handful of fire hurling priests or wildly spinning clowns then there is next to no chance of blocking or dodging at such distance.

The only way out of a lot of these situations is to hope that you can grind out enough kills to fill a Bloodlust meter that when activated sends Yaiba into an invulnerable rage. Even the toughest zombies fall when the red mists descend but it takes an age to charge followed by a pitifully short time to exploit it. It’s clear that at no point does the game take itself seriously, and occasionally you’ll be treated to a little zombie humour as Yaiba hurls one into the driver’s seat of a steam roller and you watch the confused corpse meander down the street. It’s worth appreciating those moments too as the gems that come out of the ninja’s own mouth are nowhere near as classy. Commenting on the smooth Latino gentlemen responsible for his cybernetic enhancements he moots that he’s “the head of a mega corporation” though also “a huge dick” so must be a “dick head.”

The only other character of note is Miss Monday, a lady who apparently has trouble finding clothes that fit. She pops up in the corner of your screen updating you on any leads as to the origins of the zombie outbreak, although each time she appears it’s a little uncomfortable. The camera without fail unabashedly focuses directly on her chest before zooming out and reframing the poor lass. Between that and the assorted imagery found elsewhere it can be terribly cringeworthy but is something we so often associate with Team Ninja. Yaiba: Ninja Gaiden Z is a mark on a great franchise. The act of trying to branch out itself is not reason to condemn it, as the thought of a pulp fiction entry into the series could have been refreshing. What we have instead is Ninja Gaiden as though devised by the writers at FHM. Starring an unlikeable, crass, arse as a lead, missions focused on him breaking into a lingerie store, and shots of female zombies making out thrown in for good measure. At times it left me perplexed. In other hands this could be funny but Team Ninja have made a ham-fisted job of it.

All that would have been forgotten if the crux of the game worked, but it doesn’t. With vital controls unusable, a camera that is not fit for purpose, and a difficulty curve that works on quantity and not quality, I was left frustrated and annoyed.