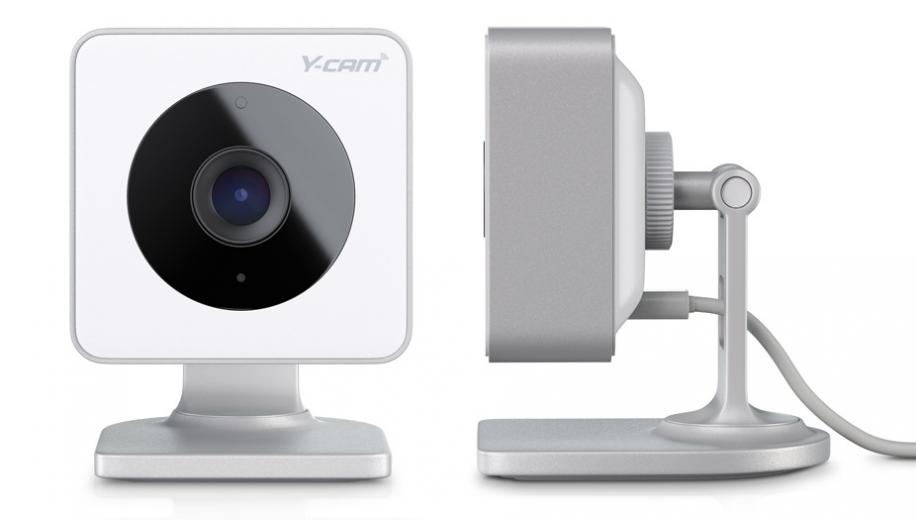 What is the Y-Cam Evo?

The Evo is the latest incarnation in the excellent range of Wi-Fi cloud storage security cameras from the innovative London-based manufacturer Y-Cam. We first saw their HomeMonitorHD back in March 2014 and it was a worthy winner of an AVForums recommended award. It had a refresh in November 2015 when it became the HDS, which added a couple of software features but overall remained the same high quality camera. The HomeMonitorHDS whilst an excellent performer was not what you would call compact or inconspicuous with its bulky size and bright white design.

The Evo aims to change that with a camera that is significantly smaller than the HomeMonitorHDS (1/4 of the size in fact) although still in white, but offers the same 720P HD recording, free 7 day cloud storage, night vision, 802.11b/g/n 2.4Ghz Wi-Fi and the excellent Y-Cam notification system for £129.99. Read on to find out how it performs as we put the Evo through our tests…

As we said in our introduction, this new Y-Cam Evo camera is tiny in comparison to the old HomeMonitorHDS camera. It’s still white to the front and rear, but this time it has a silver metallic effect to the edge and the stand, which helpfully is magnetic and allows it to be mounted quickly and easily. Measuring just 52 x 52 x 28mm and weighing only 96g it can really be hidden quite well (if that is your aim) or if you aren’t concerned about that it just won’t be as obtrusive. Due to the small size it doesn’t have the same array of 30 infrared LEDs, this time we get just the one high powered infrared LED and it still has that loud click when the night vision is activated. To the rear all we have is the power connection, no Ethernet port on the Evo as it is setup purely via a wireless connection. The Evo features a 1280 x 720 HD resolution camera with a 100° field of view and night vision up to 8 metres. The Wi-Fi is 802.11 b/g/n and it features Bluetooth 4.1. The camera feels slightly warm to the touch after it has been on a while, but not to any level that should be an issue.

The setup is very quick and easy and is done entirely wirelessly this time, unlike the HomeMonitorHDS which you had to connect to your router via Ethernet first to install it. Here you just position the camera in an area with decent Wi-Fi coverage, download the Y-Cam app (Android or iOS), load it up, create an account if you don’t already have one, follow the very simple instructions and within a couple of minutes the camera is live and ready to use.

The web-based homemonitor.me cannot be used when initially setting up the camera, you have to use the Y-Cam app for this, but once it is running you can then log into the web based system and make any changes. It is a lot easier to tweak the motion control zone and setup a motion recording schedule which the app alone will not allow you to do. Plus you can easily download any recordings to your PC or Mac before they reach 7 days old and disappear.

The motion control system is one area that really impresses us. A single motion control zone can be setup by dragging across the screen so you can leave out high traffic areas if you are just spying on pets for example. The sensitivity of the zone can also be tweaked. A schedule can then be setup on a daily and hourly basis. If you are too lazy to set up the motion detection, then Y-Cam have thought of a solution to that too. Via the location recording option in conjunction with your smartphone, this will automatically disable the camera when you arrive home and enable it when you leave.

One of the most important factors when considering a Wi-Fi based security camera should be the notification system. It’s no good having the best quality camera in the world if it just sits there and does nothing when motion detection has been triggered. Thankfully the Evo notification system is up to the task, providing that the camera is in an area with good Wi-Fi coverage. You can choose to have the motion control notifications sent as an alert to your smart device and an email to up to three email address and once the detection has been triggered within a few seconds you should get both a notification and an email. The email will also include an image attachment to help in identifying whether this is a false alarm or not. With the HomeMonitorHDS camera, the free 7 day storage could be extended to 30 days for just £30 per year. There now appears to be no mention of this on Y-Cam’s website so we assume it has been discontinued. With the new Y-Cam app unlike the older HomeMonitor app, recordings can now be downloaded to your smartphone or tablet and this includes both Android and iOS devices. So the need for longer than 7 day storage if you were going to be away for longer than 7 days with no access to a PC has now been made redundant. The downloaded recordings are in MP4 format with a 41 second clip coming in at just over 2.8MB. The Evo can only use Y-Cam’s cloud storage, you cannot configure it to send recordings to a 3rd party.

When the HomeMonitorHDS was released in 2014, 720P HD recording was acceptable, but as technology has moved on it’s disappointing that the Evo does not feature a 1080P camera. It could be argued this isn’t a necessity but at £130 it would have been nice to see as 720P is not really what you would consider HD anymore. The camera does benefit from the increased 100° field of view.

The single high powered infrared LED ensures the night vision is superb with a clear and very detailed image captured. Although along with the daylight image there is some pixelation noticeable but overall we were happy with the quality of the recordings, bearing in mind the 720P resolution. The audio captured is excellent and this device could easily be used as a baby monitor if required.

The 802.11 b/g/n Wi-Fi during our tests appeared to have a range similar to other Wi-Fi enabled devices we had to hand. But, we did find the connection speed of the camera itself to be fairly poor. During testing once we had triggered the detection, it took almost three minutes for a 34 second clip to be available to view and if you tried the live view following a detection trigger it was very slow and intermittent. To minimise this the camera definitely needs to be in an area with strong Wi-Fi coverage. To combat any delays in sending the video, the Evo features Y-Cam’s SmartBuffer technology which uses the camera’s internal memory to record a few seconds prior to the detection being triggered, this equated to around 6 seconds during testing.

With Y-Cam’s previous camera, the HomeMonitorHDS we did have an issue whereby if the camera is found and unplugged quickly enough the clip will fail to send to the cloud. Even when the camera was reconnected to the power the recorded clip prior to disabling would not appear. Thankfully it looks like Y-Cam have resolved this issue as we triggered the detection, waited 5 seconds and then turned the camera off. Once the camera had been turned back on, a short video clip was available to view. Y-Cam can’t magic any power to the camera obviously but at least a video recorded prior to disabling now appears in the Cloud.

Is the Y-Cam Evo worth buying?

Overall we found the Y-Cam Evo to be an excellent Wi-Fi Cloud Security Camera. For £130 you get 720P HD recording, 7 day free Cloud storage of recordings, night vision and an excellent motion detection and notification system. It is a piece of cake to setup and, via the Y-Cam app, recordings can now be saved to mobile devices.

The night vision is excellent and daylight recording is of a decent level too, albeit with some pixelation noticeable. Our only gripes are with the 720P HD recording, as 1080P is really the minimum these days for a camera of this price point, plus the connection speed of the camera is slower than we would like with short recordings taking 3 minutes before they were available to view.

As with most gadgets, the Wi-Fi Security camera market is now very crowded and competition is vast. D-Link’s DCS-935L offers much the same as the Y-Cam Evo at just £75 and allows for 3rd party Cloud storage too. Granted the D-Link camera doesn’t have the same small size as the Evo, but £55 extra is a lot to pay just for a smaller camera.

There are also many other cameras available mostly from brands that don’t immediately come to mind such as the 1080P Cloud camera from UCam for just £90 and a Homdox 720P camera that features pan and tilt, two-way voice and cloud storage for just £80. With the Y-Cam Evo it does look like you are paying a premium now for their camera when compared to the alternatives. It does perform very well across the board but doesn't quite seem as good value now.