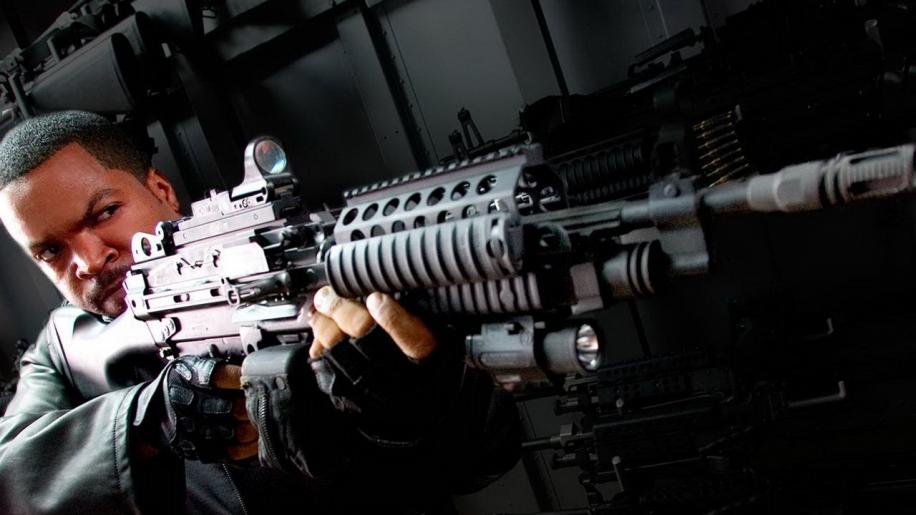 This sequel has been presented in a fantastic 2.40:1 aspect ratio anamorphically enhanced widescreen transfer. The detail is mostly excellent, with clarity throughout and only a little noticeable digital artefacting. You can occasionally see the cracks in the CGI, mainly during the over-used slow-mo segments, but it is largely negligible, especially when you are far too busy watching stuff be blown up. The colour scheme is fantastic, with bright vivid colours during the daytime scenes and explosion and solid, deep blacks during the frequent night-time shots. There is no noticeable grain, no damage to the transfer and overall it is a tremendous visual offering.

As you might remember from the first film, the XXX soundtrack is something of a piece of art. Just like the titular hero, it simply has to be the biggest, baddest boy on the block. Luckily, this offering lives up to expectations, with a powerful mix that excels during the frequent action sequences where they crank up the music and blow things up from every direction. Bullets whizz around you, explosions go off behind you and, all the while, some angry rapper is shouting at you from the front speakers. It sounds great. Oh, in case it is of any importance in a movie like this, the dialogue is also pretty clear. Overall, if you want something a Dolby track to stand its own against DTS equivalents, then this is the one.

First up we get an Audio Commentary with the Filmmakers, who comprise the Director Lee Tamahori and the writer Simon Kinberg. These two talk about the reasons why they filmed certain scenes in a particular way, the various drafts that were done on the movie and the history these two have in the film industry. Kinberg strangely takes the lead, with some nice anecdotes about his part experiences, but Tamahori has his fair share of input, talking about the casting and the way he wanted to do it bigger and better than before. (A principle that did not stand him in good stead when he applied it to Bond) It is quite a good commentary that maintains a hefty pace, leaving no room for pause over the film’s duration.

As if one weren’t enough, there is a second Commentary by the Visual Effects squad: the Visual Effects Supervisor Scott Ferard and the CG Supervisor Lindi Dubacher, both of whom have a lot to answer for with respect to this movie. Although they talk a great deal about the more general location and filmography aspects of the movie, with a few more anecdotes thrown in, they concentrate mostly on the effects side of the movie. There is nothing here for them to be particularly proud about. I am personally all for CG if used in such a way that you barely notice it – if at all. Spiderman CG works. Star Wars CG works. XXX2 CG sucks, making potentially realistic stunts seem lame and lacklustre. These two make a nice pair, talking interestingly almost throughout but I simply could not get over the fact that they were praising possibly the worst aspect of the movie (as was the case to a greater extent in Die Another Day).

There are only three short Deleted Scenes, all with optional commentary by the director who talks about how they were largely removed for pacing or rating reasons. Not that I particularly disagree but it is certainly nice to have a little extra footage offered on the disc, even if none of the scenes are all that good.

From Convict to Hero: The Making of XXX2 is a twenty-minute featurette split into two sections: Boot Camp and Special Ops. Amidst altogether too many clips from the main movie, we also get interview segments with the main cast and crew. The producers’ talks about topping the first film, how it is hard to make an ‘original’ action movie these days and how the first draft had Vin Diesel’s Xander Cage actually team up with Ice Cube’s Darius Stone. You can clearly see how the loss of both Rob Cohen as director and Vin Diesel as star made for some pretty drastic script changes that might have resulted in the massive plot holes it has. Ironically, the director himself pops up to state how much he hates making movies with plot holes in them! Amongst the cast contributors, Dafoe, Jackson and Ice Cube all say remarkably little other than commenting on how much fun it was to make. There is some brief behind the scenes footage but the best bit is towards the end where they shift their focus towards the cars used in the movie.

XXX: According to Ice Cube Featurette spends five minutes with Ice Cube and the director discussing the new lead character. Cube compares him to Bond and also to Vin Diesel and talks about how he himself had to get extremely fit to play the role because he wanted to do as many of the stunts as possible. We also get a bit more Sam Jackson, talking about working with Cube and the director commenting on how there aren’t many ‘manly’ men left in Hollywood. It’s on ok little featurette again with all too much film footage and too little behind the scenes footage – most of it repeated from the previous making-of.

The Top Secret Military Warehouse Featurette runs at nearly nine minutes in length and has the designers talk mainly about the opening sequence and the futuristic weaponry they used, discussing the guns, outfits, gadgets, vehicles and armour suits. It is quite a nice little featurette, especially when they get onto the futuristic tank.

The Bullet Train Sequence is explored in a six-minute featurette dissecting the train sequence. They praise their use of CG in the movie, particularly this segment which was pretty-much all CG. Towards the end we get an interesting featurette whereby we can watch the scene in several different stages of production and switch between the four versions on a split-screen. Unfortunately I found it tediously difficult to navigate, but the idea was still quite nice if a little gimmicky.

Finally we get a whole bunch of previews, the first of which plays on disc start-up. The upcoming Stealth looks like a great, fun actioner, The Legend of Zorro may mark another slight comeback for Banderas after the enjoyable Once Upon a Time in Mexico, The Cave looks suitably scary if not wholly original and Hitch plays to Will Smith’s excess charm. We get trailers for XXX: Director’s Cut, which wasn’t any improvement over the theatrical cut, the comedy Guess Who, the spy schoolgirl’s comedy D.E.B.S, the multi-talented vocal-star-laded animation Steamboy and the new Final Fantasy instalment. Feeling rather out of place with their tenuous connections to the main movie and to the other trailers we get previews for the documentary Full Throttle, the fire-fighter TV-show Rescue Me and the grungy surfer-skater movie Lords of Dogtown.

XXX2 is a great, big, loud, fun action-movie. It will keep you happily entertained for its hundred-minute runtime even if it does not require any brain activity over that duration. If you go into it expecting some fun nonsense you simply cannot be disappointed and are more than likely going to find that it actually exceeds those expectations. This release pitches the movie with a glorious transfer and a powerful audio track, along with a bucket-full of solid extras. If you like your action movies big and dumb and wholeheartedly satisfying then you might as well add this one to your collection, but if you have any doubts then I still definitely recommend a rental. Personally, after having seen it, I am pretty happy to have it in my collection. So check it out – you might, like me, be surprised to find that you actually enjoy it.