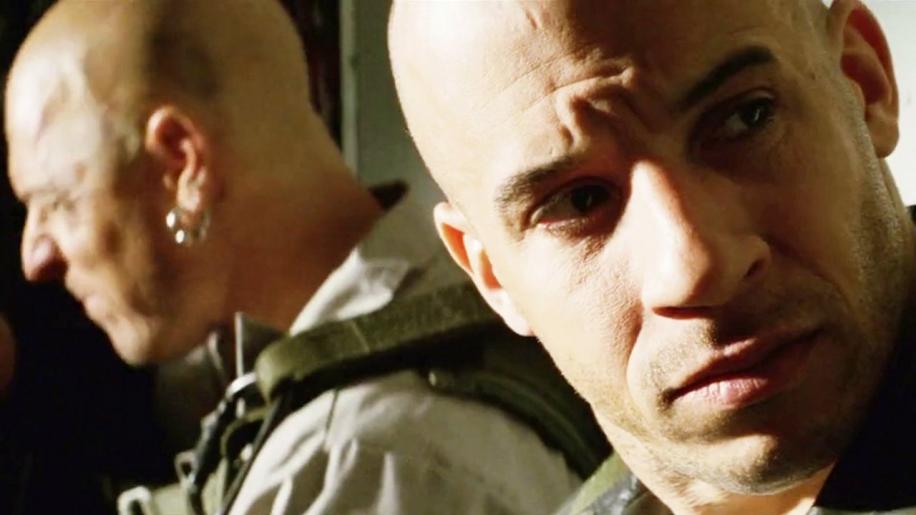 'Mastered in High Definition' is plastered on the back of the box which I find is fairly misleading to most punters. Do not assume that the image will look anything like High Definition because of this label. In fact, I found the picture to be at best, acceptable. I already own the Region 2 Superbit edition of this movie so that was my benchmark for comparison with this release. This Region 1 release as with the Region 2, is shot in the unusual aspect ratio of 2.40:1 so black bars top and bottom are to be expected even on a 16:9 widescreen TV. This is not always a bad thing in my opinion. I find the wider aspect ratios lend a much more 'cinematic' feel to the movie but detail and image quality must be that much better as a result

Compared to the Superbit release, this version exhibited a higher level of grain, which although not overly excessive, was noticeable nonetheless. This lead to a drop in perceivable detail particularly in darker scenes. The bit-rate averaged about 3.5 Mbps peaking at 6 Mbps compared to the Superbit's average of 6.5 Mbps and peak of 8 Mbps. Black depth too lacked detail especially in scenes containing large amounts of shadow information such as a dimly lit cavern.

Comparing this with the Superbit release may seem a little unfair but it is just to highlight that if image quality is your primary consideration, maybe for use with a large display such as a projector, then a better quality image can be found elsewhere. If image quality is not the be all and end all, then this release, although not perfect, is more than acceptable for most.

Fitting for the subject material concerned, the soundtrack is loud, proud and in your face! Channel separation and bass depth are exemplary. You may 'only' get a Dolby Digital 5.1 soundtrack (no DTS here) but rarely do you find yourself wishing for more. LFE is abundant and will give your subwoofer a real workout and your neighbours a real headache!

Disc 2 has all the meat! First bonus of note is a short 'mini movie' titled 'The Final Chapter: The Death of Xander' which is meant as a link between the original and the sequel. It doesn't actually star Vin Diesel as Xander Cage, but an actor named Khristian Lupo. Fortunately, you only ever see him from behind and from this view, he is the spitting image of Diesel. It is actually very good and definitely an 'R' certificate even though it lasts but a few minutes. There is a Storyboard to Film comparison showing how the sketches drawn to illustrate how the scene should look, compares to the actual filmed scene. Agent Shavers Gadget Presentation takes a look at all the Bond style gadgets in the movie with Agent Shavers being the 'Q' of xXx. The End Sequence - Raw and Uncut basically shows the closing credits background video without the credits to get in the way and finally we have two music videos including “I Will Be Heard” by Hatebreed. Phew!

I loved this movie when it was first released, but do I love it enough to buy it again just for an extra 8 minutes of more 'adult' footage and some extra bonus material? The answer has to be yes! The unrated version gives it a little more 'bite' and the extra material gives a real insight into the creation of this movie as well as injecting a healthy dose of added entertainment. Recommended.