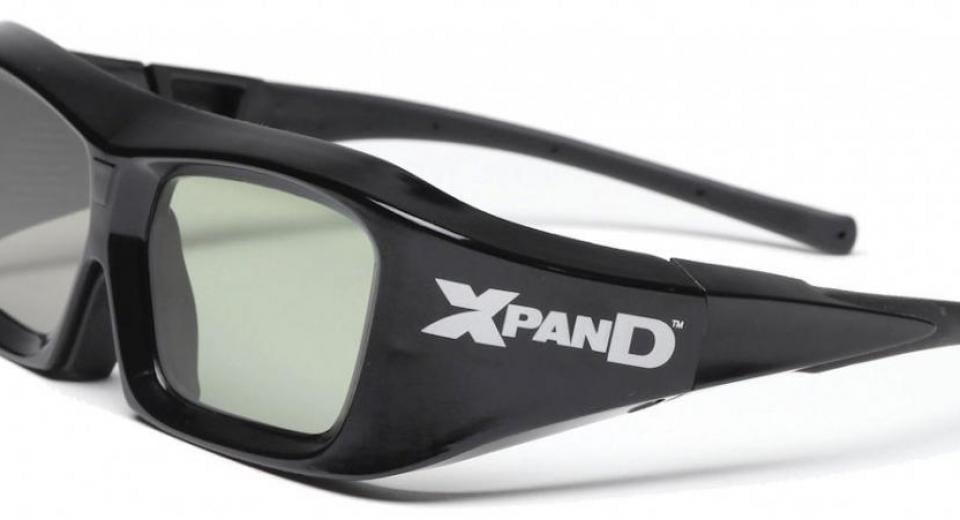 There’s an old saying that goes along the lines of “those that don’t learn from history are doomed to repeat it”, unfortunately I can only assume it’s unfamiliar to the consumer electronics industry. Over the years the CE industry has repeatedly failed to learn from history as it fought one format war after another - VHS/Betamax, DVD-A/SACD and HD-DVD/Blu-ray all being good examples. In fact it’s interesting to note that the most successful CE product of all time - DVD - was one of the few times that the manufacturers buried the hatchet and worked together. Now we have 3D and as if the overwhelming consumer apathy wasn’t bad enough we have two differing methods of delivery to confuse them as well - active and passive. However with the majority of manufacturers concentrating on the active shutter delivery system this should reduce consumer confusion and simplify matters, shouldn’t it? Well not really because each manufacturer’s active shutter system is proprietary and incompatible with all the others. In addition most 3D displays don’t come with any glasses provided or at best, one or two pairs. This leaves the consumer having to buy at least an additional two to four pairs of glasses at prices ranging between £60 and £120 depending on the manufacturer of their display. In addition to the differing cost, not all 3D glasses are equal in design and performance and some manufacturer’s glasses are definitely better than others. Finally if a second 3D display or a replacement 3D display is purchased from another manufacturer then the consumer could find themselves with some very expensive and very redundant 3D glasses.

Actually my earlier comment about incompatibility isn’t entirely true, the Panasonic and Samsung glasses are compatible but only if you wear them upside down. I don’t know about you but there has to be a more elegant solution to incompatibility than looking like a high tech Dennis Taylor! Well luckily for us there is in the form of XpanD’s X103 Universal 3D Glasses, which the manufacturers claim will work with just about any 3D TV or projector that uses active shutter glasses and an infrared sync. This is potentially good news for consumers for a number of reasons, firstly it offers an alternative to the manufacturer’s own glasses, secondly it might be a cheaper option and thirdly it offers flexibility if you have multiple 3D displays or upgrade to a different manufacturer in the future. So let’s take a look and see how the X103 glasses perform and find out if they are indeed universal.

The X103 glasses come in an interesting plastic capsule that both looks attractive and provides minimal but sturdy packaging. Inside the capsule you will find the glasses, themselves, along with a cloth pouch for storing them, three different sized nosepieces, an instruction booklet and three CR2032 batteries (one already in the X103 glasses and two spares). The actual design of the X103 glasses themselves was immediately familiar to me because they are identical to the ones used by JVC. This shouldn’t come as a surprise because XpanD actually make the 3D glasses for JVC’s projectors but it is welcome news because I thought the JVC glasses were the best I’ve used to date. The X103 glasses have a solid construction and feel robust when handling them which is good news if you plan on letting small children loose on them. They also have a nice large frame which makes them comfortable to wear over regular glasses. This larger frame also results in large lenses which is good as this improves your field of view, which is very important when using them with larger displays or projectors. In fact, the lenses are the largest I’ve seen and are definitely bigger than those currently used by Panasonic, Samsung, LG or Sony. The sides of the frame start wide to help block out peripheral light and then taper down to flexible rubber arms that are designed to hold the glasses in place when you are wearing them. Whilst the sides are at least as wide, if not wider than those used by other manufacturers, I found that they began to taper too soon and I would have preferred the sides of the frame to remain wider for longer. This is something that Panasonic finally got right with their second generation glasses after their disastrous first generation design and whilst with the X103 glasses it is a minor point, I feel it is worth considering for future models.

The IR sensor itself is positioned above the bridge of the nose between the two lenses which seems a sensible place to put it. There is a small button on the bottom left of the frame as you’re wearing them which is used to turn the glasses on or off and to select different manufacturers. There is also a small LED light, in the top right of the frame, that indicates when the glasses have been turned on or off and which manufacturer has been selected. Finally, on the right hand side of the frame, is the battery compartment which can be easily slid open when you need to replace the battery. XpanD claim that the battery life is up 100 hours which means you could watch every single 3D Blu-ray currently available and still have plenty of juice left.

As previously mentioned, the X103 glasses come with three different nosepieces that allow the user to chose the one most comfortable for them. I certainly found the X103 glasses to be very comfortable to wear and despite their large size, and sturdy construction, they remain surprisingly light. I have used other manufacturer’s glasses that have pinched behind my ears or left a dent in the bridge of my nose after only a short period of time but I was able to wear the X103 glasses continuously for over three hours, without any discomfort.

The way that most active shutter glasses work is that they receive an IR 3D sync signal, from an emitter, that is either built into the display or attached on top of it. The 3D display, itself, displays images meant for the left or right eye, in sequence, and the glasses receive the IR sync signal and alternate opening the left and right shutters whilst blacking out the other to ensure that the left eye sees the left image and the right eye sees the right image, thus creating the full 3D picture.

However, most display manufacturers use different sync protocols so the X103 glasses must first be configured for the specific display that you are using. The procedure is quite simple and is achieved by pressing and holding the power button until the LED light is solid. If you then press the button once the light will flash once indicating that the glasses are in the first option, if you press the button again the light will flash twice to confirm the glasses are set to the second option. Repeated pressing of the button will cycle the glasses through all the options of which there are six in total. According to the instructions:

As I have previously mentioned the X103 glasses benefit from being well constructed and their design certainly helps to reduce any problems caused by ambient light. The glasses comfortably fit over regular glasses and the larger lenses improve your field of view, which is especially important with bigger displays. However, despite their larger size they are very comfortable to wear, even for long periods of time. In addition I never found myself suffering from any eye strain or fatigue and neither did I experience any problems with flicker. I also had no problems with losing sync which is an improvement on some other manufacturers' glasses, especially Samsung. Another area where the X103 glasses performed well was in terms of tolerance to tilting your head, this is an area where Sony’s glasses, in particular, suffered. I did notice, that compared to the JVC glasses, the X103 glasses were a tiny bit darker when on but they didn’t seem any darker when compared to some of the other manufacturers’. I also noticed that compared to other manufacturers the lenses of the X103 glasses appeared a more neutral grey as opposed to a more brownish colour, which reduced some of the discolouration that one associates with 3D glasses. There have been reports on the forums of the X103 improving [tip=crosstalk]crosstalk[/tip] issues but I didn’t see any evidence of that personally and, to be honest, crosstalk is more likely to be a result of the display rather than the glasses. Overall the X103 glasses performed at least as well as, and often better than, any of the other 3D glasses I compared them to.

From a price perspective, the X103 glasses are more expensive than many of the active shutter glasses from Toshiba, Panasonic, Samsung and LG but given their better design and universal compatibility, I don’t think the price differential is really an issue. When it comes to Sony displays, due to the terrible performance of their proprietary glasses, I would only consider buying the X103 glasses and that is without even taking into account their universal capabilities. Finally, the X103 glasses are actually cheaper than JVC’s identical glasses but when you consider that only one type are universal that makes choosing the X103 glasses something of a no-brainer.

The XpanD X103 Universal 3D Glasses are a perfect example of doing exactly what they say on the tin. In testing the X103 glasses worked flawlessly with every display that I tried them on and I never experienced any problems with syncing or flicker. The X103 glasses are also very well designed, big enough to wear over regular glasses and with larger lenses that improve your field of view. In addition the X103 glasses have an excellent build quality and are robust to handle which might be useful when using them with children. However despite the larger size and solid construction they are light and comfortable to wear even for long periods of time. All these factors combined to result in a very pleasant experience with no eye strain or fatigue when watching 3D content. In fact my only suggestion for improving the X103 glasses is to make the sides wider to help reduce any peripheral light but this really is a very minor point.