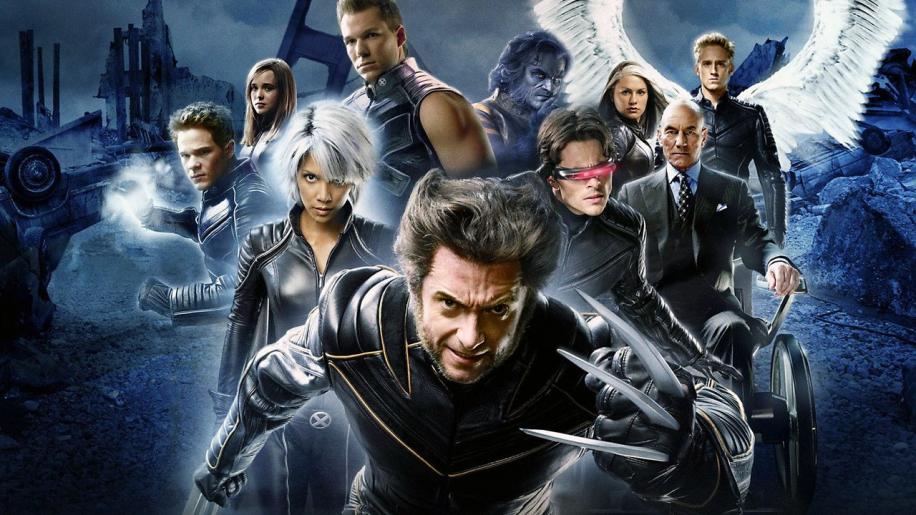 With an anamorphically correct ratio of 2.40:1, as with all new movies it should have a decent transfer and indeed this does. Fox, wisely keeping the movie to a single disc on the UK release means the extra space needed keeps the movie looking great at all times. Detail is very good, from the detail on close-ups of the cast to minor things, such as the pattern on Rogue's fishnets during the funeral scene, we have a fine looking disc. Colours are bright and vivid, Jean's red hair looking bright at all times for example and black levels, of which there are plenty of night time scenes, always look dark with the detail level being maintained throughout. Of course, the detail would be better on a HD disc and crisper, but this is a very good DVD release and as such, such comparisons are unfair. Needless to say, you won't be disappointed with how this looks at all.

With both a Dolby Digital EX mix and a DTS ES mix, this is a very lively and active soundtrack. Both soundtracks are very good, with the edge going to the DTS mix, but the Dolby is still very, very good. With dialogue being crisp throughout, bass being superbly punchy and surrounds being utilised very effectively during the action sequences as well as during the more subdued scenes, there should be no grumbles at all about this. From the scene where Jean is reborn, we notice the dynamics in the soundtrack - the punch of LFE from the crash of water, the sound of the water flowing from rears to the front and the dialogue seconds before this bouncing from speaker to speaker to the finale of X-Men vs. Brotherhood, you can't fail to be engrossed. I think that a few people will start to use this as a demo disc, it's that good.

Other than a few trailers on Disc 1 and a very brief look at the Simpsons movie, that's all we have other than the movie. Disc 2 is where all the goodies can be found though.

The disc breaks down into several sections, such as Blogs, Featurettes, Vignettes and so forth. Each section breaks down into smaller parts, for example, under Documentaries, we have “Brett Ratner's Production Diary”, “X-Men: Evolution of a Trilogy” and “X3: The Excitement Continues”. Most of these subsections can be played separately or altogether, the choice is yours and the choices are plentiful. The running time of the 3 documentaries alone total 100 minutes, so without breaking down every single element, let me just say that for those who want extras, for those who like the 3 movies and for those who even like the comic books (as Chris Claremont and Stan Lee both crop up), then you will get a kick out of this. An X-cellent X-tras disc.......

I prefer the comics over the movies - period. I prefer the first two movies over this - period. BUT, having said that, if you put the grey cells on hold for a bit, forget you ever read the comics and forget some of the things from the first 2 movies, then you should get a kick out of this. If not, then you've got a fantastic looking movie, a fantastic sounding movie and the extras dwarf those of the other discs in the series, in my opinion.

JUST don't turn the movie off when the credits roll - there's a final scene at the very end you will want to catch!