Great film but the disc disappoints 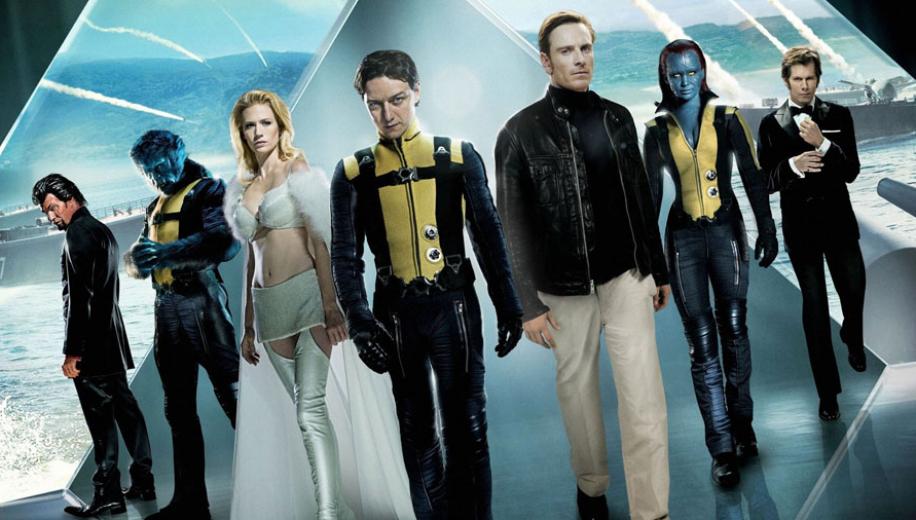 After the disastrous X-Men: Last Stand and the terrible X-Men Origins: Wolverine, director Matthew Vaughan had the unenviable task of saving the franchise.

The fact that Vaughan was chosen was all the more surprising because he infamously left X-Men: Last Stand just before filming was about to start, claiming he wasn't sure he could handle a big budget effects movie. However a few years later and emboldened by the success of Kick Ass he was back, although it did take original X-Men director Bryan Singer to convince the producers that Vaughan wasn't going to jump ship again. Singer himself wasn't able to direct First Class because he was already committed to Jack the Giant Slayer but chose his replacement wisely in Vaughan and along with his writing partner Jane Goldman, the pair fashioned an excellent 1960s set adventure that effectively rebooted the X-Men franchise. The more realistic tone combined with a plot that includes the emergence of mutants and the Cuban missile crisis worked very well and allowed for plenty of humorous nods to the original comics.
The production design and effects were top notch and the film itself often played like the classic Sean Connery Bond films, a deliberate stylistic choice by Vaughan. He also cast the film exceptionally well, choosing James McAvoy and Michael Fassbender to play Charles Xavier and Magneto respectively. He also picked the relatively unknown Jennifer Lawrence to play Mystique, although by the time Apocalypse came around and Lawrence was the biggest female star in the world, she must have regretted signing that three-picture contract. The rest of the cast are all excellent, aside from the appallingly wooden January Jones, and Kevin Bacon has great fun as the main villain. Ultimately First Class was a huge success paving the way for the excellent Days of Future Past. Although after the disappointing Apocalypse, perhaps they should get Goldman and Vaughan back to reboot the franchise again. X-Men: First Class was shot on 35mm film but it was finished using a 2K Digital Intermediate (DI). That 2K DI presumably formed the basis for this Ultra HD Blu-ray release and was then upscaled by 20th Century Fox to 4K. The film is presented using a 3840 x 2160p transfer in the film's correct 2.35:1 aspect ratio, the disc uses 10-bit video depth, a Wider Colour Gamut (WCG) and High Dynamic Range (HDR), and is encoded using the HEVC (H.265) codec. We reviewed the region free US Ultra HD Blu-ray release of X-Men: First Class on an LG 55B6 Ultra HD 4K TV with a Samsung UBD-K8500 Ultra HD Blu-ray player, because the film has yet to be released on the format in the UK.

Whilst the images on this Ultra HD disc are good they don't deliver the huge differences that some of the best Ultra HD Blu-rays do when compared to the same movie on regular Blu-ray. Since the Ultra HD Blu-ray uses a 2K DI, there is only a slight increase in detail between the two discs, although certain aspects such as the weave on the X-Men uniforms do look more defined. Ultimately the Ultra HD Blu-ray delivers a nicely detailed image but the reality is that the regular Blu-ray is equally as impressive in this respect as well.

One of the key areas where an Ultra HD Blu-ray usually appears superior to a Full HD Blu-ray is in the use of higher dynamic range. This tends to deliver brighter highlights with more detail and deeper blacks with improved shadow details and although this is true of the Ultra HD Blu-ray of First Class, this isn't as pronounced. There are instances of better specular highlights but the dynamic range often appears muted and as is frequently the case with movies shot on film, the inherent grain also seems more pronounced. There is often also a softness to the image, which suggests that the film would have benefited from Fox returning to the original camera negative for this Ultra HD Blu-ray.

The disc also uses a wider colour gamut but this isn't immediately obvious at times due to the film's deliberately muted colour scheme in certain scenes. However there is greater subtlety to the colours and the primaries pop when required, such as in the yellow on the X-Men uniforms. Flesh tones remain natural but the expanded colour gamut allows for greater saturation and more shading within colours. This is especially true when it comes to the blue of Mystique's skin, where the different shades vary depending on the lighting. The transfer itself is excellent with no sign of banding or unwanted digital artefacts, the source is pristine and overall this is an impressive level of image quality, even if it isn't quite as impressive as the best Ultra HD Blu-rays. 
At the very least a new immersive audio mix would have been nice, rather than the same soundtrack used on the regular Blu-ray

Despite the disappointment of Fox not remixing First Class for immersive audio, the existing soundtrack remains an excellent surround experience. There's a wide front soundstage with aggressive surround channels and great steering of effects. The audio designers use all five channels to dynamically position effects within a 360 degree sound field and the surround channels are always very active. The low frequency effects are used to support the rest of the soundtrack, adding to the impact of all the mutant mayhem on screen. The result is a hugely enjoyable sound design that compliments all the action and delivers a dynamic and visceral audio experience. Dialogue always remains focused within the mix and the memorable score is used to emphasise scenes and drive the narrative forward. It's a shame that Fox haven't bothered to create a new immersive audio mix to help justify upgrading to Ultra HD Blu-ray but the existing soundtrack remains excellent.

X Marks the Spot (HD, 19:55) – This is a series of short featurettes that provide additional product information and can either be watched during the film or separately. The featurettes are Erik in Auschwitz, Charles Meets Raven, Mr. Howlett Declines, Mindscape, Emulsional Journey, Rebecca's Return, Cuban Beach Pre-Viz Sequence and Retro Cool.

Cerebro: Mutant Tracker – This plays like a game where you use Cerebro to track different mutants and is the kind of extra that most people will simply ignore.

Children on the Atom (HD, 1:09:49) – A feature-length documentary about the making of the film that is composed of seven separate sections that can be watched together with an 'all play' feature or individually. The documentary is fairly comprehensive and covers just about every aspect of the making of X-Men: First Class. The sections are Second Genesis (10:02), Band of Brothers (11:52), Transformation (09:06), Suiting Up (08:34), New Frontier: A Dose of Style (09:55), Pulling Off the Impossible (10:23) and Sound and Fury (08:57).

Composer's Isolated Score – This feature is presented in Dolby Digital and is included on both the Ultra HD and Full HD Blu-rays. X-Men: First Class is a great film that manages to reboot the ailing franchise whilst remaining true to the spirit of the comics and the earlier films. A great script and some excellent casting, along with assured direction from Matthew Vaughan results in a film that combines comic book sensibilities and historical reality with the retro cool of a 60s Bond movie. The film is entertaining, exciting and funny in equal measures and the effects and design work are top notch. In the end First Class started a successful new trilogy of X-Men films, brought Bryan Singer back into the franchise, received critical acclaim and made stars of much of the cast. It even managed to please the fans, so after the disappointing X-Men: Apocalypse perhaps it's time to get Vaughan and his collaborators back.


X-Men: First Class is a great film but the 4K Blu-ray doesn't offer enough to warrant an upgrade

Whilst the film is great, the Ultra HD Blu-ray is disappointing and feels like a rather cynical attempt by 20th Century Fox to cash-in on the new format. The picture looks good but is a less pronounced improvement over the regular Blu-ray and doesn't come close to some of the better 4K Blu-ray releases. The new disc uses the same DTS-HD MA 5.1 soundtrack found on the regular Blu-ray so no new immersive audio mix, and that same Blu-ray is included with the Ultra HD disc. All the extras are on the Full HD Blu-ray and are identical to those previously released, which again provides little reason to upgrade to the new format. Unless you really want to have First Class on Ultra HD Blu-ray to go with the 4K releases of Days of Future Past and Apocalypse, you may as well stick with your existing Blu-ray.