Days of Format Past 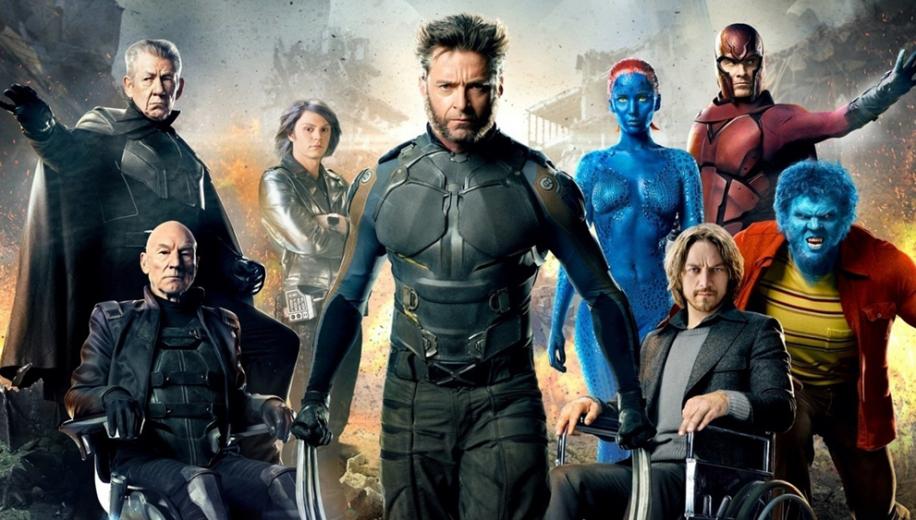 Bryan Singer returns to the X-Men franchise to forge a superior ensemble epic that merges old and new timelines seamlessly in Days of Future Past.

He also erases the mess that was Brett Ratner's X-Men 3: The Last Stand, whilst continuing the great strides made by Matthew Vaughn's X-Men: First Class. He even manages to reimagine a very different future for his X-Men - one which fans are almost certainly going to universally applaud. The crux to what makes Days of Future Past work so well is that Singer does not go for the standard alien invasion or grand-setpiece-conclusion but instead remains set upon a strong and clearly defined dramatic story arc in which the characters stay true to themselves. He builds to a climax which still boasts fantastic effects and jaw-dropping action, but is not defined by them. He still threatens – and even outright kills – big characters along the way, but he sees them go out with a bang, fighting to the end, and given the significant, dramatic conclusion that they deserve. He knows how to treat these characters and classic stories with respect and it pays off in dividends.
Certainly it’s great to see many of the old, familiar faces return to the franchise that they originally defined, with Hugh Jackman leading the way. However its the First Class stars that actually stand out in this piece, with James McAvoy, Michael Fassbender and Jennifer Lawrence all given a chance to shine. Each has their own great character arc and each benefits from a distinct – and refreshing – lack of predictability, and all three come together to form the core of a tremendous First Class follow-up, which, once again, brings in relevant historical events from the 70s and sets the stage for the 80s-set sequel, Apocalypse. Of course, the film not only benefits from a great time-travel story arc but also from unstoppable opponents; namely the Sentinels who deal out some serious pain. All of these ingredients are handled by Singer with consummate professionalism, resetting the course for this lost franchise with skill and vision. X-Men: Days of Future Past was filmed digitally on a number of different cameras but primarily on the Arri Alexa. The film was shot in native 3D using a dual-rig camera setup at a resolution of 2.8K and was finished using a 2K Digital Intermediate (DI), which presumably formed the basis for this Ultra HD Blu-ray release. The film was upscaled to 3840 x 2160p and presented in its correct 2.40:1 aspect ratio, the disc uses 10-bit video depth, a Wider Colour Gamut (WCG) and High Dynamic Range (HDR), and is encoded using the HEVC (H.265) codec. We reviewed X-Men: Days of Future Past on a Samsung UE65KS9500 Ultra HD 4K TV with a Samsung UBD-K8500 Ultra HD Blu-ray player. Although this review is of the US release, the UK disc should be identical.


Although the disc uses a 2K source, HDR gives the images greater definition and impact

Since the film had a 2K DI for its theatrical release, the Ultra HD Blu-ray can't really have much more resolution than the regular Blu-ray and this was proven to be the case in direct comparisons. There was a tiny bit more definition between the two versions but they were basically the same in terms of the level of detail. However that does not mean that the two images looked the same and the addition of 10-bit video, a wider colour gamut and HDR had a significant affect on the clarity of the Ultra HD Blu-ray image. The detail in wide shots was more defined, as were close-up details like skin pores and clothing weaves, all of which combined to make the image appear sharper.

The wider colour space meant that colours appeared more saturated, whilst gradations in colours were also improved. The use of 10-bit video eliminated any issues with banding or other artefacts and simply delivered an accurate and very pleasing image. The specular highlights were impressive, giving reflections and bright lights more impact, whilst there was also improved levels of detail in the brighter parts of the image. Conversely the blacks were deep but shadow detail was retained and the resulting dynamic range gave images greater solidity and more realism. The picture quality certainly demonstrated that factors like the wider colour gamut and high dynamic range can have a greater impact on image fidelity than simply increasing the resolution. X-Men: Days of Future Past had a Dolby Atmos soundtrack when it was released theatrically but sadly Twentieth Century Fox have only used the same DTS-HD Master Audio 7.1 track that appeared on the previous regular Blu-ray release. That's not to say that it's a bad soundtrack, far from it, but it would be nice to see Fox using immersive soundtracks on their Ultra HD Blu-ray releases, when those soundtracks are available.

As it happens the DTS-HD Master Audio soundtrack remians impressive, offering a fantastic aural accompaniment which is both boisterous, bombastic and surprisingly well-nuanced in the more atmospheric sequences which require more acute surround activity. Dialogue comes across clearly and coherently throughout the proceedings, delivered from the front and centre channels, rising above and dominating the rest of the elements wherever required.

The effects are punchy and powerful, particularly in the more action-driven sequences, with Sentinels blasting and pounding all around the sound field; tearing the environment apart. Surround activity is noticeable and lively, with excellent steering and precision, whilst the LFE channel gets a fair amount to do throughout, providing a welcome bass foundation that underpins the rest of the soundtrack. Whilst might be a shame that the Dolby Atmos soundtrack wasn't used, this remains an excellent mix that has plenty of demo-worthy moments.

The US Ultra HD Blu-ray release of X-Men: Days of Future Past comes in a black Amaray case with two discs, the Ultra HD Blu-ray and the Full HD Blu-ray; the film was originally shot in native 3D but that version of the film isn't included in this package. The Ultra HD Blu-ray doesn't use regional coding but interestingly, even though the packaging says that the regular Blu-ray is Region A, it actually plays in Region B players without any problems at all. The package also includes a digital HD copy of the film, although you probably won't be able to redeem the code in this country. However the UK release appears to be be identical to the US version, with the Ultra HD Blu-ray, a regular Blu-ray and a digital HD copy.

Deleted Scenes (05:36, HD) – A selection of deleted scenes with an option commentary from director Bryan Singer.

Kitchen Sequence (06:28, HD) – A featurette that focuses on the filming of this sequence, with the comic addition of Bryan Singer directing in a falsetto voice due to a problem with his vocal chords.

Double Take: Xavier & Magneto (11:51, HD) – This featurette takes a look at the dual character presentations of these two key characters.

X-Men: Reunited (09:47, HD) – This featurette looks behind the creation of this project and bringing back the old cast.

Classification: M (11:54, HD) – This featurette focuses on the supporting mutants that appear in the film.

Sentinels: For a Secure Future (09:19, HD) – This final featurette takes a look at the main villains of the piece. In X-Men: Days of Future Past Bryan Singer is to be congratulated for not only delivering one of the best X-Men movies but also one of the best superhero movies in recent memory. He manages the almost impossible task of merging the original and the new cast members whilst also erasing the memory of X-Men: The Last Stand and X-Men Origins: Wolverine. If that wasn't enough, he also manages to create action with impact, epic events with significance, stories with structure, and characters with depth. All in all, a blisteringly entertaining, breathtaking, and utterly satisfying blockbuster comic book epic.

This Ultra HD Blu-ray release of X-Men: Days of Future Past includes an excellent image based on the film's 2K source. The addition of 10-bit video, a wider colour gamut and higher dynamic range result in a picture that is superior to the regular Blu-ray, despite the almost identical resolution. Despite the existence of a Dolby Atmos mix, the Ultra HD Blu-ray uses the same DTS-HD Master Audio 7.1 soundtrack that appeared on the regular Blu-ray. However it remains a solid soundtrack with plenty of demo-worthy moments. The inclusion of a decent set of extras make for an excellent all-round package that is sure to please.


You can buy X-Men: Days of Future Past on Ultra HD Blu-ray here