X-Men: Days of Future Past - The Rogue Cut Blu-ray Review 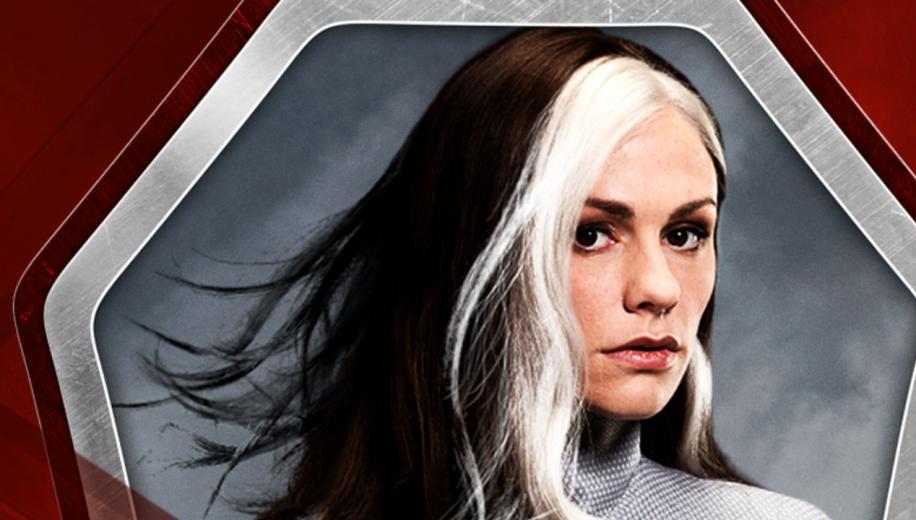 To commemorate the 15th Anniversary of the original X-Men movie, one of the best franchise reboots of late gets a 17 minute-longer alternative cut. Here’s what the new version has to offer.

The Rogue Cut introduces its changes subtly, with literally just a few words here and there – at least to begin with – to add more flavour to the story. In the future, it attempts to posit Bishop more clearly as the leader of the rebels, and highlight the sacrifice that they are all making, whilst offering a follow-through to that look that Iceman gives Kitty in the original version (reviewed here). These are minor, somewhat logical, but not wholly necessary additions, but once we hit the 70s things become a little more variable. There’s an extra scene between Logan and the girl he was having an affair with, which feels like nothing more than a worthless deleted scene, and the first encounter between Wolverine, Charles and Beast has an added internet joke which also feels a tiny bit forced. Seeing a child Scarlett Witch dressed up as a witch is a cute touch, but also unnecessary, as is Nixon’s guttural f-bomb, which may well be the only reason this cut was pushed into the 15 bracket. So far not so good.
However, things take a step up in the latter half of the movie, where the real ‘Rogue Cut’ comes to the fore. The entire story thread evolves over a series of scenes, which see Iceman, Professor X and Magneto go on a mission to rescue Rogue and use her to take Kitty’s powers so she can continue the mission whilst the wounded Kitty (we see her get wounded in the Theatrical Cut) recovers. As Charles guides Magneto through the mansion to find Kitty, we get a decent action sequence with tension and lasting impact – echoing through the rest of the film. Back in the 70s a late night Mystique/Beast moment leads to problems in the mansion, although the only positive point to this addition feels like some nice blended 70s/future shots. Overall, despite the benefits of the Rogue Cut, with more Paquin, and a decent subplot to offer background into this character’s appearance, at the end of the day it still feels like little more than a curio, and is definitely detracted from by a couple of other poor additional choices. X-Men: Days of Future Past previously hit UK Region Free Blu-ray with an expectedly stunning 1080p/AVC-encoded High Definition video presentation, and the Rogue Cut appears to be just as impressive, with what looks to be an almost identical encode that offers both versions of the movie on the same disc via seamless branching. It’s hard to distinguish any noteworthy differences between the theatrical footage in both instances, and the Rogue footage is indeed what it says on the tin – seamless – with fully resolved effects work and precision encoded visuals.

Indeed the only thing that fans are really going to be disappointed about is in regard to the 3D side of things. Normally you could argue the cost of converting the additional footage, but Days of Future Past was the first X-Men film to be shot in native 3D and so that argument doesn't fly. There appears to be little reason why they couldn't have done a "Hobbit" and offered up the movie in both 2D and 3D for this extended cut as well. You could argue that the Rogue Cut isn't as good as the original theatrical cut and that therefore those fans who picked up the original release in 3D won't be too disappointed, but it still frustrates those who wanted to own one definitive package. As seamless as the visuals are, the audio is just as well blended into the proceedings.

Another DTS-HD Master Audio 7.1 – flavoured track adorns this release, which – perhaps even more impressively than with the new footage – seamlessly blends the score, which now has to cover over a quarter of an hour of extra material. This kind of work largely goes unnoticed, but the score to Days of Future Past makes a huge difference to the impact of the movie (see the converse effect on a mundane score like Terminator: Genisys) and so it must be hard to supplant it without having a detrimental effect to the whole. But for a few flourishes during the final act where the score is shifted / adapted to the new material, the new Rogue Cut is still impressively put together, aurally – perhaps it was fully scored before they decided to pull the Rogue story thread – and makes a great impression in HD.

Unfortunately, again in the same vein as the lack of 3D for the video, it feels a little like they missed a step by not taking this opportunity to release the film with Dolby Atmos. Far fewer people will be affected by the lack, at the moment, but that doesn't mean it wouldn't have made for a nice future-proof addition.

Since this Rogue Cut was rumoured around the time of the first Blu-ray release, about a year ago, it’s not exactly cynicism that propels the notion that they were holding back all of the decent supplemental for this release. Although it doesn’t have a second disc dedicated to a 3D version, it does supply a second disc which is packed with extras, whilst the first sports all of the commentaries.


The original release was certainly lacking in one department – the extra material – and this double-dip more than makes up for that.

Making up for the complete lack of audio commentary on the original release, here we get not one but two, with Singer paired up with producer/writer Simon Kinberg for the theatrical cut, and paired up with composer/editor John Ottman for the Rogue Cut. The latter is particularly interesting because it offers not only some background into the new footage, but also into the more technical side of how they integrated it / cut it in the first place.

The second disc sports a feature-length 9-part Documentary, Mutant vs. Machine which is utterly comprehensive, covering the production from start of finish, and including plenty of interview snippets with the cast and crew, as well as some nice behind the scenes material. X-Men: Unguarded is a nice roundtable accompaniment, with the cast and director chatting about the feature, and the disc is rounded off by an extensive Gallery with some Storyboards, Costumes and Concept Art.

X-Men: Days of Future Past - The Rogue Cut Blu-ray Review A stunning blend of past and future events, fusing together old and new franchises, working as a sequel, and a sequel to a prequel, as well as something of a retcon, reimagining and even reboot of a series which is now finally, definitively, back on track, X-Men: Days of Future Past defied all expectations. Indeed you might wonder why the makers of Terminator: Genisys didn’t pay a bit more attention to this superior example of how to make a tense, thrilling and palpably adult franchise reboot, utilising a Back to the Future-style approach to time-travel storytelling to great effect, all within the confines of a PG-13/12A rating.


This Rogue Edition might not sport a better cut, but it’s still a worthwhile watch, and we finally get a comprehensive supplemental package too.

Zavvi have also released an Exclusive Steelbook for this package, in a steel blue flavour with monochrome artwork and spot glossing. Far from as impressive as HMV's Exclusive Steelbook release of the original Theatrical Cut, this is more of an obviously photoshopped job whose artwork can't compete with either the aforementioned HMV minimalist Sentinel design or the Empire Digibook.

With stunning video and audio, seamlessly incorporating both cuts, as well as a superior extras package that spills over onto a packed second disc, it’ll be hard for fans not to lap up this second edition. Indeed, it's nigh-on a definitive package, notwithstanding the fact that they haven't bothered with either 3D or Atmos, and for those who haven't already purchased the Theatrical Cut, it's a no-brainer.