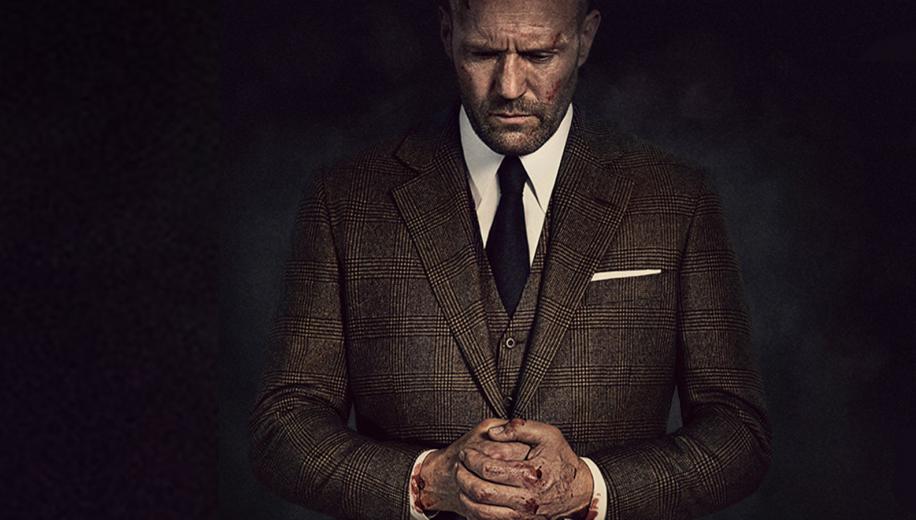 Less a Ritchie film that happens to star Statham and more a Statham flick which happens to have been directed by Ritchie, Wrath of Man comes up short against its Heat / The Town peers but is an otherwise solid enough little crime thriller.

Expectations are likely key with this latest pairing of Statham and Ritchie, their first reunion since 2005’s Revolver. Twenty three years way back when, Lock, Stock and Two Smoking Barrels (and then Snatch) arguably launched both of their careers, with Statham going the way of the action-icon almost immediately after with his Transporter movies, and struggling to escape it (his hilarious turn in Spy notwithstanding).

... for all its shortcomings as a Ritchie effort, it’s the Statham movie core that appears to benefit

Really, Statham has often proven most engaging as part of an ensemble (Expendables and, better still, Fast and Furious - even if Hobbs & Shaw was a bit of a let down by comparison) with the best you can expect from him in a solo vehicle being a modest amount of variation on the same general theme. And in many respects, that is precisely what Wrath of Man delivers: a pretty solid, standard Jason Statham man-on-a-mission revenge thriller with a degree of variation injected courtesy of Guy “if we edit it to be non-linear we can distract away from the rote plot” Ritchie, elevating it to be a cut above.

The story is actually efficiently simple - not necessarily a bad thing at all - and Ritchie’s intent on obfuscating that with all manner of editing trickery is only halfway complementary, affording welcome style but also a less welcome dent in the pacing. It’s not big, and it's not clever, and this is neither Heat nor The Town, so - for example - a mid-film segue to shift the viewpoint to that of the ‘robbers’ does little to either endure you to them or to round them out as interesting characters, despite the fact that we learn that they like to have family BBQs together at the weekend whilst plotting their next jobs.

But for all its shortcomings as a Ritchie effort, it’s the Statham movie core that appears to benefit, with the engaging brawler playing a stereotypically mysterious-but-highly-skilled man who joins an armoured car security group and proves immensely useful every time the cars get hit by robbers. Why is he there? Well, suffice to say, it’s not for the pay, and even if Wrath of Man only partially succeeds in slow-burning its reveals, over-compensating for what is, essentially, a minimalist revenge plot (if the title and trailer aren’t enough of a giveaway), it still delivers on the thrill front, gifting us a few excellent setpieces and a punishingly oppressive score to heighten the tension.

... even if the director may not be bringing his A-game, Statham’s on pretty solid form and more than deserving of a few decent, gritty efforts to counterbalance his time served punching sharks

By attempting to paint a bigger picture that involves a group of largely uninteresting and late-introduced robbers, Ritchie only really pushes the runtime from a lean 90-100 minutes to a less appealing 2 hour piece. But it's never less than engaging, with a number of colourful supporting characters getting in on the action, almost all playing against type - Holt McCallany (Mindhunter), Jeffrey Donovan (Let Him Go), Josh Hartnett (Black Hawk Down), Eddie Marsan (The Gentlemen) and Scott Eastwood (The Outpost). Fans will likely get the most out of watching as nothing more than a standard Jason Statham movie, whereupon they can revel in the efficiently staged and occasionally surprisingly brutal action and ignore the occasionally-unwise Ritchie sleight-of-hand moves in favour of the benefits that the director does bring - namely a veritable amount of slick style. But, conversely, those wowed by Ritchie's preceding, solid but unexceptional The Gentlemen will probably find this pretty-much follows suit.

As a Statham action-thriller flick which happens to be directed by a named director and gifted a thus-far highly successful theatrical release, Wrath of Man is probably comfortable 7/10 territory, only falling down due to the fact that it’s somewhat disappointing for anybody walking in having just rewatched Ritchie's Snatch on 4K. Still, even if the director may not be bringing his A-game, Statham’s on pretty solid form and more than deserving of a few decent, gritty efforts to counterbalance his time served punching sharks.

Update: Finally appearing in the UK on Amazon Prime, Wrath of Man earns itself a 4K HDR presentation (although, as per, you have to search for it and avoid picking the HD counterpart) and it looks very nice indeed. Whilst bitrate levels probably place this closer to being akin to a Blu-ray disc, it still looks great, with precision detailing but a suitably filmic edge commensurate to Ritchie's style. There's a hint of haziness to some of the shots, and the HDR layer isn't always consistently impressive, although some tones do benefit from the added pop despite the inherently dour source material. For those who haven't been able to hunt this down on import before, it's worth checking out now it's available for free on Amazon, particularly in 4K.

Wrath of Man is available in 4K HDR on Amazon Prime UK from 10th December 2021.