Welcome to the graveyard shift 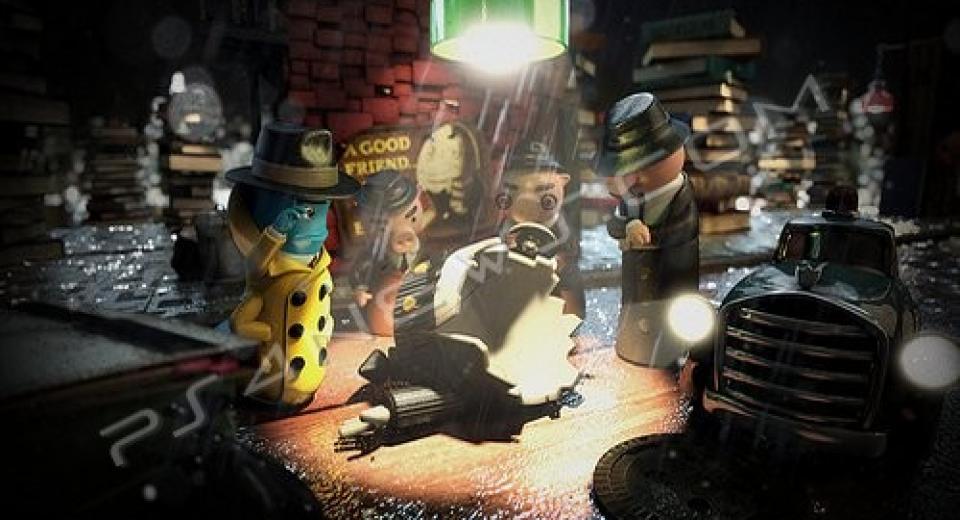 The push towards a technological future is getting stronger and stronger with a heavy focus on all things virtual or augmented reality and machines getting much powerful. Whether or not we see the virtual world enter into the real world for good or not is yet to be seen, but the technology is there and it’s getting harder to ignore.

Sony launched their virtual platform, Wonderbook, last year in an attempt to bring virtual worlds to our living rooms, breaking the barrier between reality and the gaming world. With a physical book containing some fancy symbols, the PS Eye interprets these symbols and builds worlds and environments on top of the book on your TV screen. Whilst this initially sounds exciting, Book of Spells (the first title to launch on this platform, see review here) proved to be a short-lived affair and in some ways a demonstration of what the technology was capable of, rather than a full-blown title.

With the full reveal of Sony’s next gen platform now behind us, they are shipping out their last few titles before having a bigger focus on things PS4, with support for PS3 taking a little bit of a back seat. In this inevitable dry spell at the start of the summer period, there are few games to pick through but Wonderbook now has its latest support title; Diggs Nightcrawler. Another title which looks at the lucrative casual market and is aimed predominantly at children in order to get them into gaming in a more gentle manner. Diggs Nightcrawler is a detective, an agent tasked with keeping Library City safe and crime free. A close friend to Humpty Dumpty, he is shocked to discover that the Don of the city has been murdered and makes it his goal to bring the culprit to justice. Just as his investigation begins though, he is framed for the murder and the local police force seek him out.

Herein lies a clever little detail that Moonbot have included in the game; all non-playable characters are named and designed after popular tales and stories, it doesn’t stop with Humpty Dumpty. The police are the three little pigs, Robin Hood makes an appearance as do Bo Peep, Itsy Bitsy Spider and the three wise monkeys. It’s a nice little touch and brings familiarity of previous knowledge and stories into the game, making it more accessible to the younger players.

The game is set during the 1950’s era where jazz clubs were in full swing and crime on the back streets was rife. Diggs has a difficult job on his hands solving the case at hand and also dodging the three little pigs who try and spring him on his way. He explores interesting and detailed locations such as Humpty’s club, Bo Peep’s barn and rushing rivers. All of these can be interacted with in one form or another given the Wonderbook’s capabilities.
The Wonderbook not only acts as the platform for the world to be built on, it is also a tool for exploration. You can tilt and twist the book to rotate the on-screen environment to reveal an extra section or help Diggs on his quest to seek out more clues for the investigation. Not only can you look behind buildings, tilt lights to illuminate a dark section you can also interact with lights (turning them on/off) and communicate to Diggs through audio cues such as claps or shouts. It’s nothing ground breaking that’s for sure, but the ideas are simple and effective to cater for the younger audience out there.

Nightcrawler is quite action-packed right from the off; after entering the titular worm’s office, you soon set off in pursuit of a mysterious package dropper who escapes your grasp right at the last hurdle. From there on in, you turn pages frequently to hunt down those responsible for Humpty’s bumping and complete a multitude of tasks all of which don’t directly link to your investigation.

Whilst it might be questionable at first to use the book as your controller, it soon becomes second nature and in this instance makes perfect sense. With the game world being based on a city made of books, controlling events with a book just feels right. Not only that but it works. Every tilt, twist and page turn is picked up brilliantly and there is no lag between your physical book and that on screen. The Move controller isn’t as pivotal to this title as it was to Book of Spells, with it mainly being used for exploration of areas which you have already visited. The wand acts as a magnifying glass to seek out whatever you missed first time round should you wish to go back and hunt out any secrets for 100% completion.

If there were any weak parts of the game, it’d be the chase sequences which sees Diggs floating down river in a barrel, chasing fleeing suspects by car or running from the three little pigs. The instructions for these aren’t always clear and there is sometimes a problem with the detection of your tilts whilst you try and avoid on-screen obstacles. Fortunately though, these are infrequent and other mini-games are in place to reduce the frequency of these sections which seem to be the ‘go to’ in many games recently. Other events such as bumping sheep down trap doors, and matching missing pages from books in the library take to the fore in some scenarios and despites sounding menial, they can be quite entertaining.

The whole package is brilliantly voiced and scripted, giving the player the perfect level of inclusion and story-telling to entertain and enthral. Characters are always aware of your ‘presence’ and refer to you as ‘the kid’ all the time making you feel like an integral part of the story.

With its cut price retail tag, if you have a Wonderbook then this is worth a look in to see what the technology can do. Sadly, if you fancy playing this then there is no package for Diggs and Wonderbook. You have to get the Wonderbook and Book of Spells bundle then this game as well. If that’s not an issue then go for it, but I can see some being put off by this.

Scraped Off The Pavement

Diggs Nightcrawler is a good little title regardless of its audience appeal as adults could easily enjoy this one just as much as children are hoped to. If you have Move and can't resist owning gadgets then give it a go; it's casual, enjoyable fun. If nothing else, it will add to your trophy collection if you are concerned about such things and the platinum is easily obtainable. It won't take you long to complete this title, clocking in at around 4-5 hours but that's not a bad thing as it's entertaining the whole way through and with a low price tag, you won't feel as if you have been exploited or conned. It's a promising start for what will hopefully be a strong support base for the Wonderbook and well worth adding to your collection should you own the required kit.