A film that looks as good as its protagonist 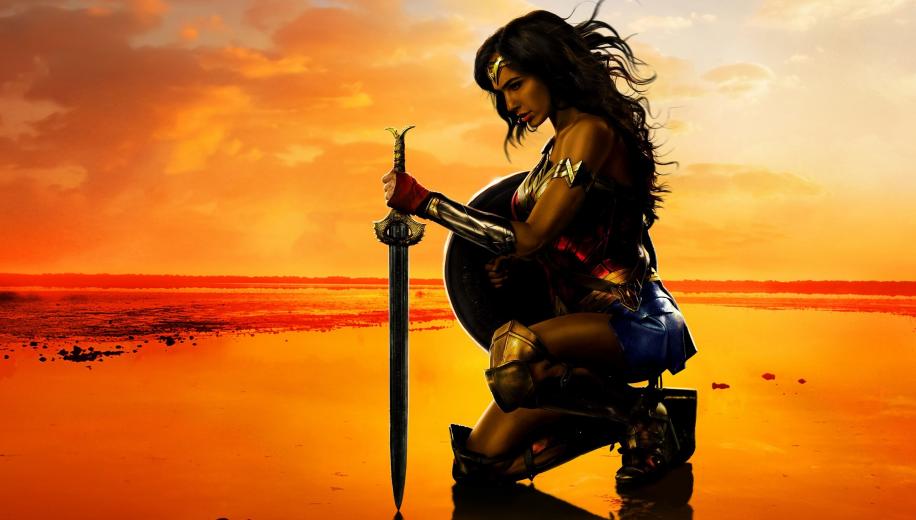 With Warners lobbying for Wonder Woman to get a Best Picture nomination, there's no denying that it's the best DC Universe entry yet, but the standards haven't exactly been set very high.

Patty Jenkins' Wonder Woman is that rarest of animals - a blockbuster about a female superhero. We have yet to see Black Widow go solo but it looks like DC have certainly got the right idea when it comes to pushing female superheroes into the limelight. Joss Whedon is reportedly behind the upcoming Batgirl adaptation, and the inane Suicide Squad was so damn popular (mainly thanks to Margot Robbie's fabulous Harley Quinn) that we're looking at a couple of Quinn-centric spin-offs, as well as a sequel that nobody asked for. Marvel are still playing catch-up with, erm. Captain Marvel hoping to fill the void. And Jenkins' Wonder Woman isn't just a triumph for superhero blockbusters driven by women; for blockbusters driven by women; or for blockbusters directed by women, it's also a very good movie, the credit for which is arguably less to do with Jenkins' work behind the camera and more to do with Gal Gadot's ability to embrace the naive-but-righteous lead role and make it her own. Sure, the DC bar could be set a little higher, so that they actually aim for - and achieve - greatness, but, in the meantime, Wonder Woman is a comparative triumph.
Her convoluted backdrop may not sit easily alongside the more real-world origin of, say Batman - or even Superman (whose history doesn't require ours to be rewritten); it may involve Gods being the cause of all man's woes, and, not just that, it may not even deliver on that flimsy theory come the end, but whatever the story's flaws, it enables an ingenious structure which delivers two disparate films for the price of one, only faltering when it comes to the finale, where things go down the tried-and-tested CG punch-up route. The epic runtime allows for a swords and sandals first act set to a backdrop of fallen Gods, introducing us to the innocent young warrior, before she gets thrown into WWI for a culture-clash themed, and sexism-addressing, look at her pivotal involvement in stopping the War. It's Gadot's baby, and she soars in both beauty and presence, whilst Chris Pine seems commendably comfortable as the witty sidekick / love interest. If they'd jettisoned the pointless Captain America-style band of brothers, tweaked the villains and staged a decent ending, this could have even been a great superhero flick. But it's pretty damn good nonetheless.

Warner deliver the Ultra HD Blu-ray release of Wonder Woman with a rich and textured video presentation. Whilst it stems from a 2K Digital Intermediate which ultimately prevents us from fully appreciating the higher resolution Arri Alexa HD digital and 35mm film sources, it still makes for an excellent 2160p presentation nonetheless, framed in the movie's original theatrical aspect ratio of 2.40:1 widescreen. The disc uses 10-bit video depth, a Wider Colour Gamut (WCG) and High Dynamic Range (HDR), and is encoded using the HEVC (H.265) codec.


It sits well with the style of Batman vs. Superman and looks great on 4K disc

There's a nice uptick in detail beyond the Region Free Blu-ray counterpart, which still looks excellent, but is a tiny bit more nuanced here, giving that extra bit of life to the costumes and clothing textures, the hair, and the varying backdrops. More obvious, as is the norm, are the improvements from the application of HDR and WCG, which gives further breadth and depth to the black levels, expanding the shadows, erasing any sign of crush (as was hinted at in some darker sequences on the Blu-ray) and instead revealing hitherto underdeveloped detail within. From the greens of the first act's paradise-like setting to the green/blue-greys of the World War One trenches (which were more obviously grey on the Blu-ray), there's a richness in the palette that is simply only achievable with the features of Ultra HD, and, of course, the more striking effects are given precision HDR work to increase their glow and pop - from the bullets sparking off Wonder Woman's armour to her lasso to the gas that the villain sniffs that practically makes his face luminescent, to the all-out effects-based finale which goes full tilt in this department.

Of course it's a more grainy image than most Ultra HD Blu-ray fans - at least those familiar with new digital releases - may be prepared for, but that reflects the film source and sits well with the style of Warner/DC's Batman vs. Superman, offering a finely textured piece which looks suitably filmic throughout. It's a very nice presentation indeed, making it easy to appreciate Wonder Woman once again on a big Small Screen.


The rousing score defines this demo track with power and passion

Whilst dialogue remains firmly prioritised across the frontal array, rendered clearly and coherently throughout, it's the effects coverage and the score that most impresses. The first act delivers slo-mo swords and sandals combat, with thunderous Gods and galloping horses hooves; the second act is full metal warfare, from mortar to machine gun fire and tank shells ripping through villages to the whip of prop planes and detonations beneath; and the final act goes full throttle with a mix of just about everything, taking the more steampunk elements to the next level as the explosions - and super-powered effects - take centre stage. There's plenty of maneuvering across the array, with an exceptionally-designed soundscape that disseminates the effects with precision, and allows them to (particularly in the case of the more explosive elements) carry some weight from the LFE channel. It's arguably the score, however, that truly surprises, ripping through the epic battles and giving strength to Wonder Woman's ever step and every stride; a rousing, suitably thematic offering which rounds out the proceedings with power and passion, defining this demo track.

Disappointingly, the plethora of extra features available for Wonder Woman are left off the bare-bones Ultra HD Blu-ray disc and instead require you to swap to the accompanying Blu-ray disc to investigate them.

The solid extras are predominantly Featurette-driven but annoyingly there's no 'play all' option. However the featurettes are good and range from five to twenty-five minutes in length, with the longer, meatier offerings including background into the character in Finding the Wonder Woman Within; a look at her place along side DC's other two big hitters, Batman and Superman, in The Trinity; an overview of the production in Crafting the Wonder; a look at Patty Jenkins' work - and the work of other women behind the scenes - in The Wonder Behind the Camera; and a look at the physical training in Warriors of Wonder Woman. Shorter but no less welcome offerings include a look at the island in Themyscira: The Hidden Island; at the battle sequence there in Beach Battle; at the key war sequence in Wonder Woman at War; and at the novel look at sexism within the period in Diana in the Modern World. A Photograph Through Time also looks at the picture which connects this to Batman vs. Superman. The impressive extras package is rounded off by additional footage in the form of a short Epilogue featuring Etta Candy, a quartet of Deleted Scenes and an Alternate Scene, as well as a Blooper Reel.

Wonder Woman soars onto Ultra HD Blu-ray with excellent video and audio, and a horde of extra features. There are plenty of different sets available, with the UK release matching up to the US offering, whilst the French package provides not just the Ultra HD Blu-ray but also a 3D Blu-ray copy of the film, and the soundtrack too, all rounded off in a lovely steelbook package. Fans should definitely pick it up, whatever form you get it in.