It was acceptable in the 80s 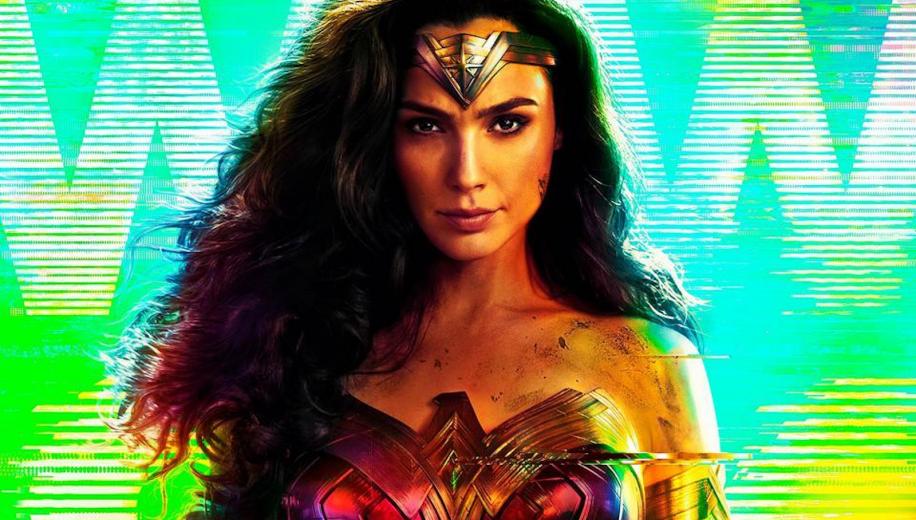 Earnest and fun, but also flabby and fatally over-indulgent, Patty Jenkins' sequel WW84 is a valiant throwback to superhero classics like Donner's Superman, but trades in some heavy-handed messaging.

WW84's trailer, cut to the outstanding Sebastien Bohm remix of New Order's Blue Monday, was possibly one of the greatest trailers of 2020, perfectly cut to the music, superbly stylish and everything fans could have hoped for - and more - for the sequel. But trailers are not final films, and months later, inauspiciously released during the times of increased tiers and a near-impossibility to actually see it at the cinema - whilst HBO Max ill-advisedly releases it for Christmas in the US only - and Wonder Woman 1984 can't help but drown in sentiments of disappointment.

The character is one of DC's best captured creations, Gal Gadot perfectly embodying the earnest, good-hearted superhero who is often the welcome antithesis of Marvel's smug Brie Larson entity, Captain Marvel, even in a succession of movies that struggle to compete with their MCU counterparts. Indeed Wonder Woman has been something of a shining light in the darker DC Universe, a facet which writer/director Patty Jenkins embraces for her sequel, unfortunately also falling foul of several tropes that curse franchise follow-ups, from a requirement to double-down on the number of villains to an insistence that bigger - whether in scale, setpieces or just damn runtime - is unquestionably better.

Almost half a century after the climactic events of WWI which saw her lose the love of her life, Steve, and former Themyscira-born Amazon warrior-princess, Diana, is still mourning his death, living a quiet life as an expert anthropologist who has a side-line in stopping crime under her still-secret identity. When she comes across a mysterious gem that supposedly grants wishes, she inadvertently opens up old wounds, whilst a greedy tycoon and a repressed wallflower both discover the gifting properties too, and both become dangerously out-of-control.

WW84 enjoys a Themyscira-set flashback prologue which could have easily kick-started the rumoured Themyscira spin-off series; a superb extended set piece telegraphed in the trailers but no less enjoyable for that tease. Sure, the closing parenting seems misguided messaging given the circumstances of the race, but it's an epic start nonetheless, which leads right into an 80s mall robbery scene which could have easily been shot in the 80s, only here with modern effects bringing Wonder Woman to life simply perfectly. So far so good, but an hour in and you realise that Jenkins really isn't concerned about pacing or momentum, going the Batman Returns (and more recently Amazing Spider-Man 2) route in terms of spending a protracted period of time crafting a number of different villains and developing a series of interconnected character and story arcs which are destined to collide.

But it's too much, too long, and often too contrived, hitting a few emotional beats (courtesy of the same score used to better effect in both Sunshine and even Kick Ass) but only really as the film builds to its supposedly epic climax - a really long two hour ride to the realisation that you're suddenly at a place many better films get to in half the time. Jenkins could be commended for her considered pacing, but the reality is that the Aladdin-with-consequences story plotting simply isn't strong enough to sustain such a languid journey.

There are some interesting ideas here, about commercialism, consumerism, greed and the consequences of a certain 'the world is yours' attitude which the writers clearly are levelling at Trump America, and there is a very comic book-y vibe to the Elseworlds-esque narrative which goes wild with wish-granting abandon, but its handled surprisingly indulgently, as if it was shooting for bang-average all along, and the only thing that anybody really put effort into getting perfect was that damn trailer.

Gal Gadot still absolutely owns this role, and she doesn't put a foot wrong, running the gamut of emotions here and never faltering in her characters' unwavering courage and compassion. But she is surrounded by some pretty flimsy ideas - ultimately inconsequential side-villains, ultimately pointless new outfits - and there's just no cleverness to the film's conclusion either, going big in its humanity-saving morality lessons but largely forgetting to tell an engaging story underneath all its preaching. Kristen Wiig is surprisingly good as one of the less important antagonists, and her transformation is actually very well done, even if her role was largely unnecessary, whilst The Mandalorian's Pedro Pascal is a far better Lex Luthor-esque villain than the irritating neurotic Jessie Eisenberg was going for, and the familiar returning face gives the film some closure which the first was arguably missing, but there's just not enough going on here.

Ironically - or perhaps not - this sequel / prequel (following up the first film, but pre-dating the modern-day Wonder Woman we've seen joining the Justice League) is ultimately really quite pointless, and if Jenkins' grand plan was to have her fabulous superhero protagonist basically literally teach the whole world one big life lesson - and thus pass that same knowledge on to audiences watching at home - then that itself is some questionable, at best, messaging.

People with HBO Max will still be glad they got to see this as part of their subscription, but those in the UK who will have to likely pay for it on PVOD in the New Year should consider waiting until HBO Max comes to this country and watch it as part of the subscription. After that perfect trailer, perhaps anything was going to be disappointing but whilst this is earnest and enthusiastic entertainment, it's the kind of film you'll be happy watching when it lands for 'free' on streaming.

Wonder Woman was released in UK cinemas 16th December, and on HBO Max (US) on 25th December, with a UK Premium VOD release planned for 13th January 2021.
﻿