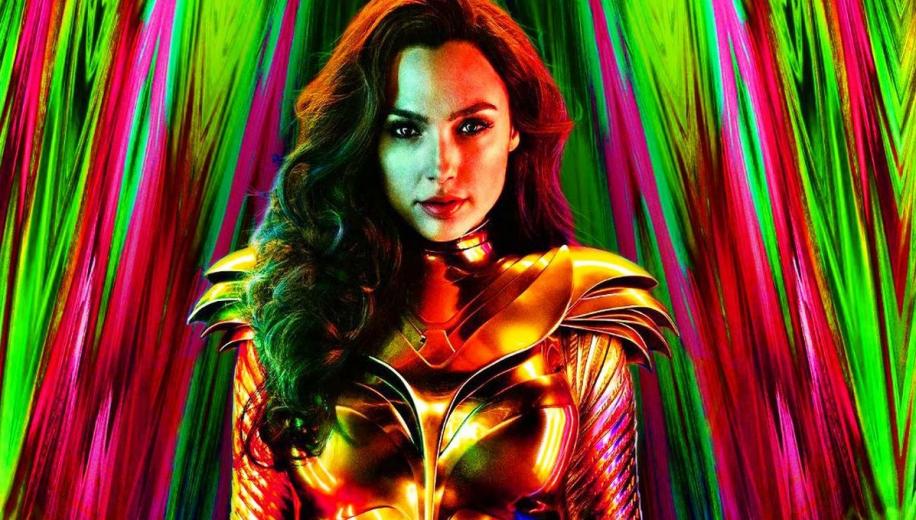 You can have it. All you have to do is want it!

Coming off the back of Zack Snyder’s Justice League, a director with a singular vision not just for the characters but for the DCEU as a whole, it was odd to go ‘back’ to Wonder Woman 1984, where neither of those statements apply. Supposedly WW84 is a ‘stand-alone’ film and not meant to be part of a story told in instalments – a convenient way of excising it from canon, and thus explaining away all the inconsistence with the EU, but, really, isn’t that just lazy and at complete odds with what Warner and DC are striving for? And maybe that kind of complacency goes some way to explaining why WW84 is such a mess.

Wonder Woman was a terrific film, a shining beacon in the bleakness of the DCEU; it showed that DC did know how to craft a good story and tell it well. It was a small, intimate film, despite the over-the-top CGI ending, set in a world conflict; it was personable, impassioned and engaging. Everything WW84 is not. For WW84 suffers from ‘bigger and better’ syndrome – throw more at the screen for the sake of spectacle (no lessons learnt from Spider-Man 3). Either one of the antagonists on their own would have made a worthy opponent in a slightly less understated story, that would be in keeping with the Universe and still made for a more concise and engaging story.

By using contrivance and recycled ideas WW84 simply fails to impress, even if the backbone of wanting what you can’t have has merit. And it’s so long!

It is easy to pick apart many of the story elements, and I don’t want to be ‘that guy’ but sometimes it can’t be helped. I’ll keep it simple and only pick three. How and where did Wonder Woman gain the ability to turn things invisible – because they wanted an invisible plane. Ugh! How come Steve was so impressed by escalators and the subway, when both existed in his own time. D’oh! But perhaps my biggest grip: the whole set up of the film seems to be to get Diana into the Golden Armour, the seeds of the idea are there and then completely negated, it’s infuriating. Ultimately it makes absolutely no sense - why does she even need the armour given what she ends up doing with (and without) it? …. Gaaaahhhh!

WW84 has a good film somewhere inside it. In fact it probably has two. But as it stands, what we have comes off as frustrating rather than entertaining. And it’s so long!

The native 4K picture is stunning. The IMAX sequence, the opening assault course, is out of this world and improves upon the already outstanding image with absolute detail, pure colour reproduction and jet black levels. Detail on the rest of the image is excellent, skin texture and clothing weaves are clean and clear, keen lines are seen throughout, whether that’s landscape vistas or newspaper writing, there is nothing to miss.

Colouring is vibrant and vivid, with the WCG and HDR imbuing the primaries with a verve that the Blu-ray cannot match; check out the desert set piece, the depth of colour to the sand and sky is exceptional; check out the flight through the fireworks!  Black level is rich and deep, adding some good depth to frame and image punch; while the white scales pushes the frame with highlights.

Digitally there are no issues and the source is pristine. Stunning image.

The Dolby Atmos track is wide and expansive giving a real sense of immersion. The surrounds provide plenty of ambience, with the height channels being used extensively for the same, as well as numerous effects driven sequences; the mall face off, the assault in the desert, and the final confrontation all benefit greatly from the 3D spacing. Dialogue remains well levelled within the mix, being prioritised towards the frontal array and sounding very natural.

The score makes use of all the speakers with a decent dynamic range placing you in the thick of the action. Bass is deep, tight and low, adding significant impact to fight scenes and explosions while keep the score grounded. The whole needed a slight tweak on the volume to get the best out of it, but remained constant and engaging throughout.

All the extras are found on the included Blu-ray and are all clearly culled from the same source and could have made one decent feature length Making Of, but no, it’s all cut up into pieces promoting the film.

Scene Studies: The Mall and The Open Road – Closer examination of these two action set pieces.

The Making of Wonder Woman 1984: Expanding the Wonder – 30 minutes of interviews behind the scenes filming and film clips, you get the idea.

Wonder Woman Retro Mix – Trailer for the film as if it were 1984; uses the original TV show theme as music, in 1.33:1; looks great maybe if the film had been set like this it might have worked better …?

Wonder Woman’s second outing is nowhere near as successful as her first, eschewing the personable, intimate but within a wider world-conflict story for something far bigger, bolder and brash – essentially doing too much. Characterisation is lost or forced, contrivance is pushed up to eleven and ultimately the story loses focus and itself in trying to stand out. The fact that it doesn’t fit into the DCEU either shows what a wrong direction this was. Let’s hope they learn a lesson. But it’s DC, so probably not.

Oh woe is me, where did it all go wrong

The set from Warner’s is great; the native 4K picture is stunning (the IMAX scenes especially) – well detailed, beautifully coloured with strong blacks, while the Dolby Atmos track is immersive and engaging with great directionality and bass. The extras are detailed enough but ought to have been presented as one feature and excluded the fluff.