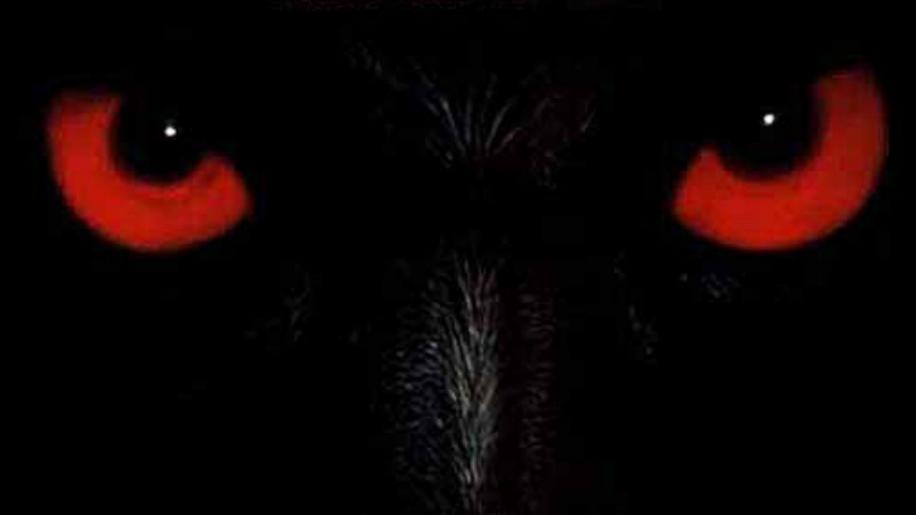 Wolfen has been granted an astoundingly good image, considering its age and relative obscurity. The film’s original theatrical aspect of 2.35:1 has been anamorphically enhanced and lovingly restored. I’ve seen many different versions of this movie, and I can honestly state that this is the best that I’ve ever seen it look. The transfer is incredibly clean, crisp and vivid. Print damage is hardly in evidence – one or two very small nicks that are only noticeable if you’re watching in Wolfen-vision. The widescreen image is scintillating, showcasing Wadleigh’s wonderful use of framing to its best.

Colours are spot-on, skin tones realistic and detail is beautifully picked out with precision and respect. Eyes truly gleam and sparkle, especially Venora’s. Check out the fabulous level of detail revealed either side of Finney, as he struggles with his vertigo atop the high steel after Eddie Holt scampers off and leaves him stranded – the distant car park far down below on one side and the rippling Hudson River on the other. The gorgeously crisp blue skies provide a truly chilly, and realistic, bite to the film, too. Wolfen has plenty of aerial views of Manhattan and they are all marvellously depicted with stability and awesome clarity. It’s still a bit upsetting to see the Twin Towers standing proud, though. The slums become intricate ruins, the rubble and debris almost decorative in its finite detail. Also, check out the crystal clarity of Becky Neff’s apartment – its nick-nacks and its gleaming medicine cabinet.

Whilst there is a small level of grain apparent in some shots, I must stress that this is only occasional – with one or two very brief moments when the image appears to have been bypassed by the restoration process. Black levels are, by necessity, tremendous. The film displays lots of atmospheric shadow-games and the disc does an admirable job of capturing them. I also noticed no evidence of artifacting, blocking or smearing with this transfer at all.

This is a pristine and fabulous transfer.

I have always been disappointed that Wolfen did not receive a full 5.1 surround makeover. When the film came out theatrically it caused quite a stir with its revolutionary Dolby Stereo sound design, much like Argento’s magnificent Suspiria a number of years earlier (which I’ll also be covering for the Halloween Special) so I find it unusual that Warner have not elected to enhance it further. However, folks, the Dolby Surround track that is offered here is still something of a revelation. Right from the outset, the film carries a tremendously atmospheric sound-mix, with the wind-chimes of Battery Park eerily singing, and Horner’s score oozing with dread as the Van Der Veers make their ill-fated stop on the way home. The bodyguard’s (“Ex-Papa Doc Secret Police, worth five normals!”) footsteps clanging over the metal grill, and the Wolfen’s perceptions of pounding heartbeats and pumping blood sound terrific. In fact, their uncanny hearing skills are marvellously realised throughout.

There is a pretty decent stab at separation across the front soundstage – voices are steered well from speaker to speaker, the helicopter rotors sound nice and meaty, as does Fergie’s scooter, and the howling, snarling and growling always sounds impressively nasty. Listen out for the great little boing! effect when a casual victim is flipped over the side of the bridge and hits a cable on the way down. Very neat.

The film does suffer from a well-known lip-synch error, though. But, it is worth noting that this very slight, split-second dislocation has been present on all the versions that I have seen, so I suspect that this is part and parcel of the original soundtrack. Trust me, this does not affect the enjoyment of this great audio experience one iota.

Let me add that it is beneficial to tweak about with your sound set-up as Wolfen can be enhanced a fair bit. The ambience picked up by the rears is actually quite effective, adding to the air of menace and the chilling sense of desolation.

So, all in all, I’m quite impressed with this mix. Still, just imagine what could be achieved with a full blown DTS-ES track? Well, I can dream, can’t I?

Annoyingly, when Wolfen was first promoted on DVD, it was touted as coming with a commentary track from Albert Finney and Diane Venora. How cool would that have been? Sadly, it never made it onto the disc, and actually appears to have a complete mistake right from the start. D’oh! So, what do we get, then? Well, we get the rather ponderous Theatrical Trailer that runs for a lengthy 2.13 mins in a very grainy full-screen image. This gives away altogether too much and paints the film, rather misleadingly, as an out-and-out monster-mash. The voice-over guy also delivers a lousy rendition of the “clouds pass overhead,” speech.

Beyond this, there a text page of the cast and crew. What’s the point of that, when the film itself contains a more comprehensive listing, otherwise known as the credits? And we get a few pages of text covering the history of werewolves as depicted by the movies. Of course, this not being a werewolf film makes the feature a little superfluous. It takes in movies from The Werewolf Of London (1935) to the awesome (and similarly un-werewolfy) Brotherhood Of The Wolf (Les Pacte Des Loups) from 2002.

Wolfen is a neglected classic, left in the wasteland like the human detritus that the wolves, themselves, prey on. It is time to redress the balance, though. Wadleigh’s movie has a tense and moody atmosphere that seeps slowly into your marrow. Containing several extremely effective scare-sequences that totally manipulate your unease – that slum stakeout is a sure winner – and great performances that deliver just enough to have you care, the film’s narrative is a well-constructed ode to the remorseless savagery of nature, wrapped up in a measured mystery. It’s themes neatly haul the rug out from under you, asking you just who the real monsters are. Horner’s score is elegiac and plays in the mind long afterward.

Warner’s disc provides the best image that Wolfen has ever had, and backs it up with a surprisingly warm, and engrossing soundmix. The extras are worthless, though, and it is a shame that the fuller, more complete version of the film could not be obtained. But, without a doubt, I recommend this movie for re-assessment. You’ll find much more in here than you remember, as well as some terrific spooky moments for Halloween.