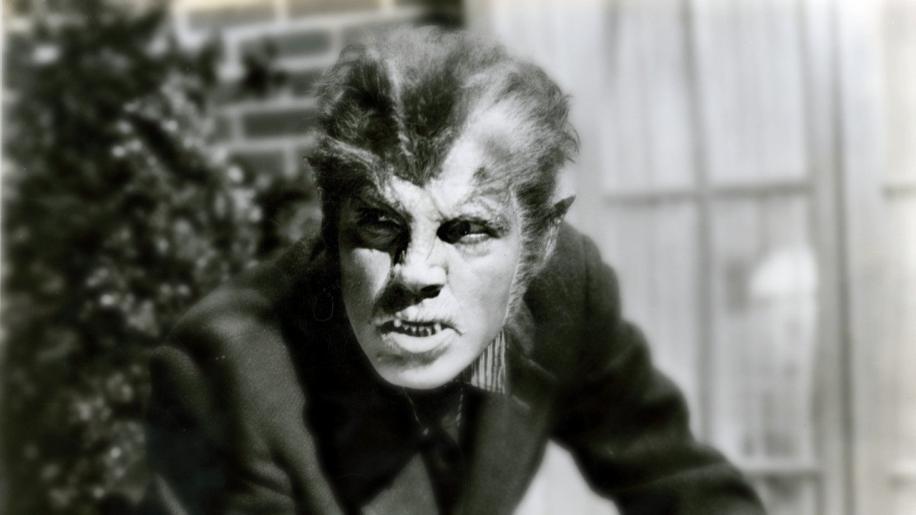 No awards for guessing that The Wolf Man comes in black and white and is framed at 1.33:1... was there any other option back in '41?! Despite the myriad small flecks of print damage the image has a very clean sharp look to it. Picture quality is impressive for a movie quickly approaching Old Age Pensioner status. Kudos to Universal. And the same goes for audio quality. Never has a mono soundtrack seemed as smooth and eminently listenable as this, although to be fair I'm sure I read somewhere that it has been re-recorded? Anyway, the movie score is, for the most part, suitably eerie and really has the ability to pull the viewer into the flow of the film. There is also a subtlety to the soundtrack that I simply would not have believed had I not experienced it for myself. For instance there is a scene as Lon Chaney Jr. walks across a carpeted floor that the crushing of pile can be clearly heard! As was the case with Frankenstein this review is based upon a PR check disc of The Wolf Man only, so my review, and especially that of the supplemental features, is based only on this disc.

John Landis hosts Monster By Moonlight which includes an abundance of Wolf Man trivia from all five of Chaney's incarnations as the hairy monster. For me the feature commentary with Tom Weaver is the highlight here with as much information as one could hope for in a commentary. I was especially intrigued by Weaver's comments regarding movie critics' reviews of the movie back in '40s. It seems that reviewers from daily newspapers regarded The Wolf Man with derision, and comments such as, “The success of films of this kind depends upon their suspense and eeriness. The Wolfman lacks both.” “It isn't Lon Chaney's intention to be comical, but you can't help laughing!” “The writing and direction are lamentably bad and the acting is universally wooden!” Now, although I appreciate where these critics are coming from, I myself would never be quite so cruel and heartless. Time, they say, waits for no man. But what about The Wolf Man? Time, it seems, may have been kinder to this hairy monster tale and I for one quite enjoyed a stroll down Wolf lane.