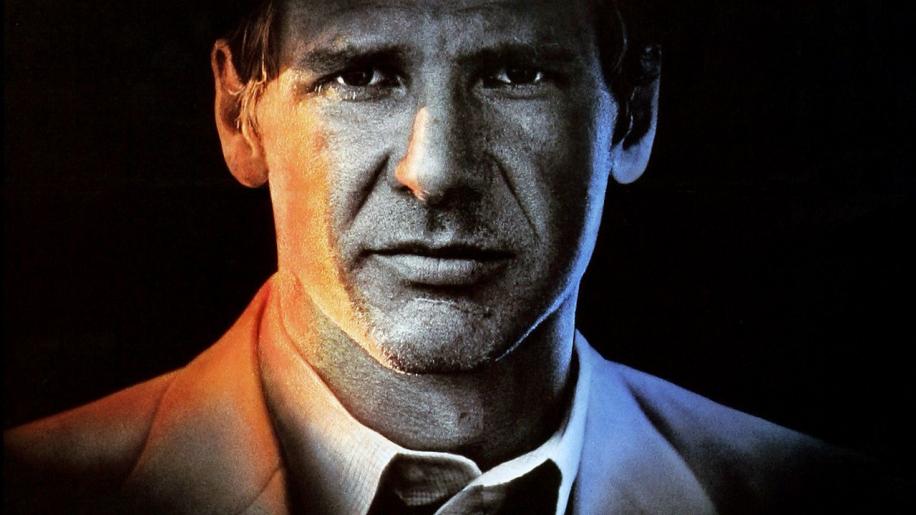 copy of the original release it seems that nothing has been done to improve the image and it betrays its age quite plainly with abundant grain and some small elements of print damage that may be distracting on larger screens. The anamorphic 1.851 framing is reliable and aids the wonderful compositions designed by the fellow Antipodeans, Weir and Seale, to great effect. Long shots of swaying corn and lush meadows look enticing with a reasonable level of colour fidelity reproducing the pale, pastoral sheen of the film. The sunsets, however, seem a little washed-out. Skin tones, especially in close-up are very good, though, and detail is quite accomplished. You can really begin to see Ford's cragginess creeping in.

Whilst blacks do reveal more of that grain, they are still fairly strong. The veranda scene beneath the stormy sky offers up some nice depth and atmosphere as Book sits wistfully contemplating his desires. There is edge-enhancement on show and a vagueness to distance shots that could have been better treated but, overall, the picture is still enjoyable and shows off rural Pennsylvania in all its glory. Not much to say about the sound mixes on offer here, really. We get a choice of a Dolby Digital 5.1 or 2.0 mix. Neither is that dynamic, though. The 5.1 obviously possesses more weight and depth but still falls far short of proper surround sound. Dialogue is always clear and the score comes across well, reaching across the front speakers with polished ease, but the rears will effectively be sitting this one out for long stretches of the movie, with only some small-scale ambience, such as the thunderstorm, to remind you that they are there. The gunshots lack the roaring presence that we have come to expect, sounding loud, but murky and unrealistic. The sub will remain comatose throughout. It is doubtful that the film could effectively carry off a multi-channel mix - it's not that kind of movie - but this is still something of a let-down. Well, thankfully, Paramount have done the film proud in the extras department. Whilst not providing a Commentary Track, Peter Weir still delivers a wealth of information throughout the 5-Part Making Of Documentary entitled Between Two Worlds, becoming the dynamic force that takes us behind the scenes with much anecdote and fact in a rich and articulate manner. We get lots of talking heads and production stills throughout.

In Chapter 1: Origins (20.33mins) Weir discusses his casting techniques and the genesis behind the project that would finally take him to America. He wanted something otherworldly and fresh to re-invigorate himself with, and the culture-clash of harsh, violent 20th Century city-life juxtaposed with the peaceful, blessed tranquillity of Amish society shone like a beacon. Producer Edward S. Feldman, Kelly McGillis (not looking too good, these days, Top Gun fans), Lukas Haas, Viggo Mortenson and good old Harrison Ford, himself, are also on hand to reminisce. The line-up punctuate the other parts of the Making Of, as well. Chapter 2: Amish Country (14.30) takes in John Seale's ravishing photography - inspired by the Dutch Masters - and the partial shunning of the film crew by the real Amish community. Chapter 3: The Artistic Process (9.49 mins) reveals Weir's use of music between takes to get his performers in the mood and set the tone. Chapter 4: The Heart Of The Matter (8.22 mins) informs us that Ford chose the Sam Cooke track form his dance lesson/seduction of Rachel and that the barn we see being built really was raised in a day. Although the crew cheated ... and used a crane. The final Chapter 5: Denouement (10.31 mins) deals with the violent ending to the film, the grain silo gag that needed a diver's oxygen mask and air-tank, and the removal of a two-page dialogue scene from the pivotal parting of the ways. Weir admits that this is a slight film, and he's right, but the final words on the matter reduce McGillis to tears.

Weir is intelligent, sincere and quietly passionate on his subject. I'd love to hear a full commentary one day - a re-issue of Master And Commander, perhaps.

We also get a Deleted Scene from the Network TV airing. Running for 4.09 mins this is a lengthy scene that shows us Rachel and Samuel at home with Book's sister and her kids. It is a great addition, providing some wonderful character build and a spicy personality clash, but it was perhaps too unnecessary to the pace of the film and was right to have been excised.

Three TV spots take in 31 second themed bites to emphasise certain elements of the movie - Action gives totally the wrong impression, Love obviously plays up the forbidden love aspect and John Book gives us the hero's odyssey. The 1.29 mins Theatrical Trailer is fun though, featuring one of those hysterically serious and deeply-intoned voiceovers - “A man of Force ... A woman of Faith ... Worlds Apart ...” etc.

And finally, we get previews for Airplane, Tommy Boy, MacGyver and the John Wayne Collection. Witness is a blend of cop thriller, secretive romance and profound character study. Only the last two elements work - but they work really well. Ford and McGillis give tremendous performances, really dragging the scenario out of itself and lending it an epic gravitas while Peter Weir directs with customary style and distinction. This is my least favourite of his movies but there is still much to recommend it. Paramount's disc is nice re-appraisal - the 5-Part Making Of may well be a glorified fawn fest (they do all pat each other on the back a fair bit) but it is done in an intelligent and honest way. The AV quality may a little disappointing but it is still perfectly acceptable. In essence, if you liked it before then you'll like it more now with these bonuses. If you haven't seen it, then it is worth picking up to see Ford in a standout performance.