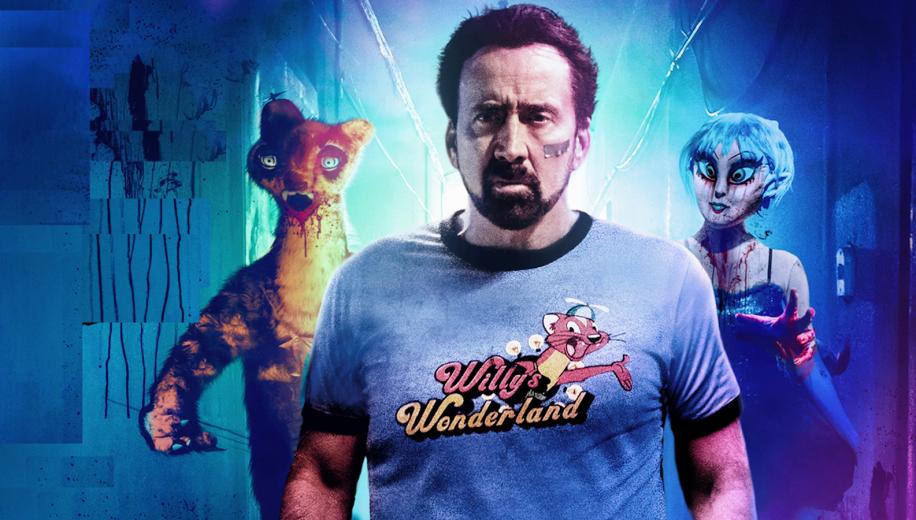 Like some mad love-child of The Guest, Mandy and Escape Room, this stylish alternative survival horror may just prove another welcome exception to the rule amidst Nic Cage's latest works.

Unlike many of his now straight-to-video contemporaries - yes, we're talking about you Bruce Willis - Nicolas Cage has this almost preternatural ability to find the craziest features to undertake which sometimes turn out to be hidden gems; films where you simply could not imagine anybody but Cage in the lead. For all the bland, generic, paycheque work he stars in, there's always a Mandy or Color out of Space which will shake your expectations. And 2021 certainly sounds like the year of Nicolas Cage, between this particular effort - an unexpectedly stylish and frequently insane schlock survival horror - his upcoming eagerly anticipated partnership with electric Japanese filmmaker Sion Sono for Prisoners of the Ghostland, and perhaps the pinnacle of his career, the meta-genius The Unbearable Weight of Massive Talent, where he basically plays himself, and has to call upon some of his most iconic film performances to get out of a hostage situation. Can't. Wait.

After his tyres are suspiciously blown out, a drifter is forced to work one night as a janitor in a dilapidated fun house in order to pay for the repairs on his car, finding out there's something particularly sinister going on in the establishment, and having to fight his bloody way to dawn.

Willy's Wonderland is deliriously over the top, not least thanks to Cage playing a character who basically doesn't speak - his sentiments often punctuated by a slew of perfectly chosen classic song tracks - and it really shouldn't work at all, playing out like the very video game (Five Nights at Freddy's) that so many are rightly comparing it to, with a simplistic story that's somehow, impossibly, smothered in just enough style, wackiness and sheer Cage energy that you don't really mind.

Scratch beneath the surface, and the story doesn't really deliver enough threat, crafting Cage into a supernatural protagonist (who may well be part-possessed-animatronic himself) and basically putting all the others - bar one, a spirited Emily Tosta - into the distinct red shirt category. Does it matter though? Not really, Willy's Wonderland quickly establishes as wildly style-over-substance in intent, going full tilt in the crazy department, hitting you with fever-dream visuals and a tremendous soundtrack, and slapping a fearless Cage front and centre, utterly committed to yet another bonkers project. It may be wafer thin and likely little more than an extended music video prelude to whatever sequel the director is rumoured to be cooking up, but it still occasionally teeters on being just one chainsaw fight away from pure genius. Don't be put off by the name, this is the kind of film that keeps Cage a player to never count out of the game.

Willy's Wonderland is available on Digital from 12th February 2021.
﻿