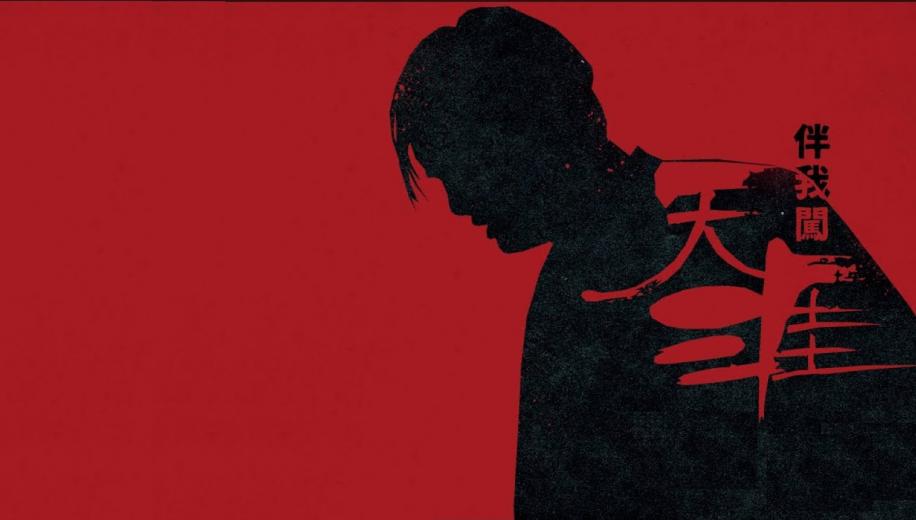 The presence of Fat and Lam, together with mentions of this being some sort of ‘reimagining’ of Peter Weir’s Witness (as per Eureka’s own press notes no less), may lead expectations down a very different path from the one the film actually takes.

Opening with a police informer letting Fat’s hard-bitten inspector know of an arms deal that is about to take place in an empty apartment, the ensuing gun battle is of the more grounded variety, bullets spraying randomly and not a hint of balletic choreography in sight. The presence of a cute as a button three-year-old in the midst of all this carnage though is the first clue we get that this isn’t going to go where we expect it to.

Following the clues to the youngster’s family, Fat becomes smitten with the sister of one of the dead gunrunners and in amongst all the expected shouty investigation, painful looking car chases and fire-drenched gun battles, a love story begins to develop, complete with cheesy rom-com beats and ballad-backed montages of Fat and the lovely Cherie Chung falling head over heels for each, all the while getting sassed by the best three-year-old actor the world has ever seen.

While the pacing between the two plot strands – the action and the love story – isn’t quite perfect, come its conclusion, it just feels right. Who’d have thought that throwing in ex-husbands desperate to win back their loves, a grumpy grandpa threatening to sell small children and a cupboard moving scene that almost had me expecting the subtitles to scream ‘PIVOT!’ at me were what was needed slap bang in the middle of a tale of corporate corruption, illegal arms smuggling and Chow Yun Fat being so damned cool he even manages to make his polar neck/shirt/cardigan/over-sized suit jacket combo look amazing…

Hardcore action fans may bemoan the lack of, well, hardcore action, and romantic comedy fans will question why so many people had to be burned to death for the lovers to realise their true feelings for one another. Seemingly only in Hong Kong can these disparate genres blend so satisfyingly into a seamless whole. But this was an unlikely solid action/romance from Ringo Lam whose crazy genre blend somehow actually works.

Ringo Lam's 1989 romcom/actioner Wild Search comes to UK Blu-ray from Eureka Entertainment as part of its Eureka Classics line. It’s presented via a 1080p, AVC encoded image in its original aspect ratio of 1.85:1. The disc was reviewed on a JVC-N5 via a Panasonic DMP-UB9000 UHD disc player.

From its opening scenes, we’re given a very authentic and filmic looking image – the medium size grain is natural looking and I didn’t spot any instances of it frozen across the film’s run time. Detail is good, and without any unnatural sharpening that shows any digital tinkering. Print damage is also completely absent, a tell-tale sign of some form of restoration work even though this isn’t mentioned by Eureka as being done.

It’s a very solid presentation, even projected on a large screen.

There are two soundtrack options present on the disc – a lossless Cantonese mono track and an English dub. Dispensing with the dub, the Cantonese mono is free from hiss and crackle or any odd instances of pops. It handles both the action scenes – cannon-like gunfire and explosive car chases – and the jazzy synth-backed score by Lowell Lo with aplomb. Obviously, there’s no real LFE to provide a thunderous underpinning, but the depth and character of the track belies its single speaker origins.

The new English subs are clear and burnt in rather than being player generated and while no obvious issues were spotted with them, they do tend to move on pretty quickly. So you slow readers out there, be warned...

The extras are fairly standard for the Eureka Classics line.

Ringo Lam, he of QT’s favourite City on Fire and countless other heroic bloodshed classics, delivers a very pleasing blend of romance and action with 1989's Wild Search, featuring the coolest three-year-old ever committed to film!

... a very pleasing blend of romance and action

Eureka delivers the goods again with a sterling transfer and a pleasing package of extras. Blind buyers beware, this is no action extravaganza... but for those looking for something a little different, this is a very pleasing genre oddity.

Wild Search is released by Eureka in the UK and available on Blu-ray™ from July 19th.