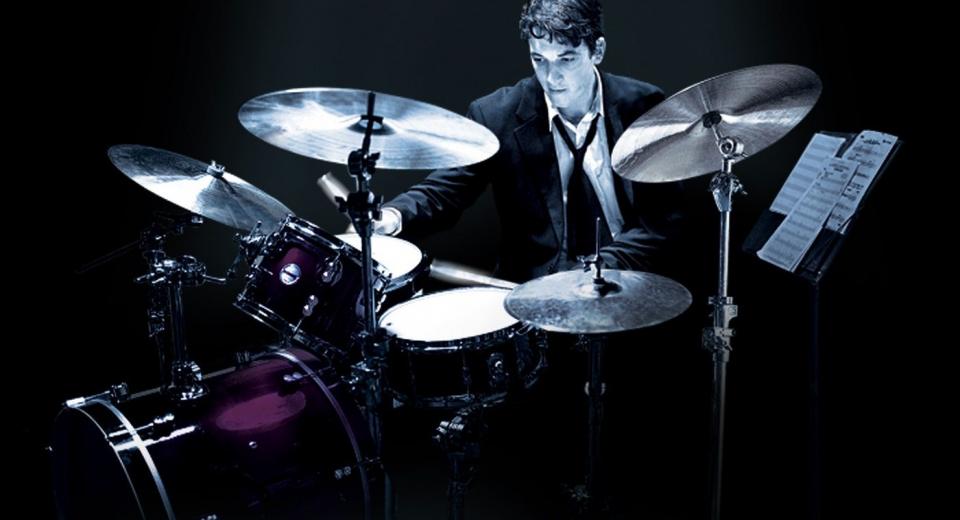 Beating its way through a dual character study and psychological drama, Whiplash is a tremendous film which deservedly landed actor J. K. Simmons his first Oscar.

Whiplash tells the tale of an aspiring young drummer who will do whatever it takes to become the next drumming legend, and sees his chance under the tutelage of an unfathomably demanding conductor, whose vicious methods ride a fine line between genius and madness. The film plays close to home, with a story that comes from writer/director Damien Chazelle’s own experiences in a Studio Band with a vicious instructor.
It's further informed by young actor Miles Teller’s real drumming capabilities, and – perhaps most surprisingly – J. K. Simmons’s own professional education at conducting. All of these elements lend credibility and veritable authenticity to Chazelle’s sophomore effort, which boasts a stunning Oscar-nominated screenplay, and Oscar-winning editing and sound – and one of the best soundtracks of the year so far, all based around some deliriously amazing percussion. With the original screenplay languishing on the Black List, Whiplash was first born as a short film starring J.K. Simmons in the same role; a testing ground to get the funding to make the story into a full feature. The end result rests firmly on the shoulders of the two capable leads – with Teller playing a surprisingly multi-faceted apprentice who is far from a nice guy and probably far closer to his idol/mentor/nemesis than at first glance. It’s his drumming and his blood on the drums that we see on-screen, and he certainly commits to a demanding part a million miles away from Divergent.


Painfully compelling, it follows suit with the likes of Nightcrawler earlier this year, providing hard-to-turn-away viewing.

However it’s J.K. Simmons’s conductor who steals the show, with the kind of intensity and power that makes for a career-defining performance. Although he too is far from one-dimensional, and you never quite know what’s going on in his psychopathic head. Rightfully earning comparisons with Full Metal Jacket and Black Swan – and earning a multitude of accolades – Whiplash is compelling, unmissable viewing.