Where The Truth Lies DVD Review 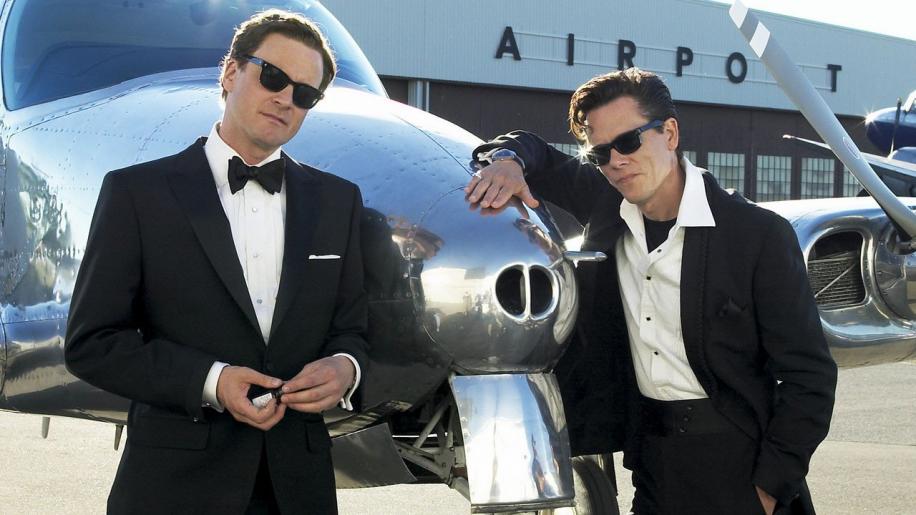 The disc has been given a theatrically correct 2.35:1 aspect that has been anamorphically enhanced for widescreen TV's. On the whole this is quite a pleasing picture, a little soft in places even though a lot is intentional with soft focus. Colours are bright and bold, slight lean towards the red hue in places and I did notice rare occasion bleed with the red. Contrast and brightness are set to give good, strong blacks, these only grey on occasion in the soft focus scenes, principally the 50's scenes. Digitally I noticed no compression artefacts though there was a little edge enhancement on occasion. There was no original print damage, though grain was evident in some scenes. Overall quite a pleasing print.

Only the one sound track, an English Dolby Digital 5.1 track that was really rather disappointing in that it concentrated mainly on the front three. The only time there was any decent effects was with the score which saw the rear light up albeit softly. Thankfully there was a good range and dialogue was suitably tonal, but bass was rather limited and LF effects were none existent. The track does fit the film being as it is principally dialogue driven, but there with a little more attention to detail with the surrounds, such as in the telethon for example, could have resulted in a more rounded experience.

When the disc first boots up we are 'treated' to the familiar anti-piracy ad, two trailers (Weather man and Best Friends) and an ad for a popular confectionary that in the olden days used to help you work, rest and play. The first and last of these can neither be skipped or speeded up, but the trailers can; make of that what you will.

There are some nice behind the scenes footage to be had in Making of Where The Truth Lies and the Unedited B-roll both of which comprise of nothing more or less than video footage of the shoot. The 'making of' encompasses the whole film, while the B-roll concentrates on the 50's segments, more specifically the telethon. There is no narration or interviews, the footage is presented as raw video, unusual in that respect and strangely alluring because of it.

There are twelve deleted scenes that run from a few seconds to a few minutes, unchaptered and only watchable as a play all feature, and consists of mainly 'filler' material, easy to see why they were excised even though there is no given indication. The first few scenes concentrate on Karen's dad's tape recorder, filling out the throw away line from the film, others look at a little more exposition here and there, the film is better without it.

The Making of featurette is all rather self congratulatory, full of padding and too short to be of any real interest, but at least we get to here form the principles on how and what they thought of each other and the film in general.

Where the Truth Lies manages to combine several genres to form a complex whole, an entertaining story well told. As a DVD package a good picture is slightly let down by weak sound and only so so extras, but I personally think the film is strong enough to overcome these weaknesses.