What Richard Did Blu-ray Review

What Richard Did is a quietly devastating study of a boy confronting the gap between who he thought he was and who he proves to be. 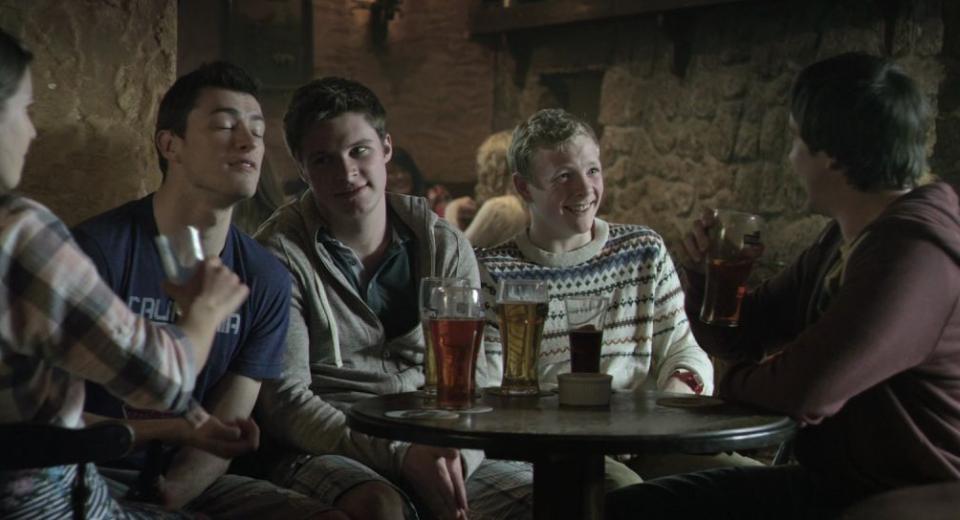 The 1080p AVC encode is great. Shot entirely on Red Cameras, the level of detail is excellent, and boasts a clarity that's absolutely fantastic. Fibres on the clothing is discernable in the many close ups, as is the texture on the skin of the many extreme close up faces. The colour palette is quite natural, and the grading treatment at first comes across as slightly dull. However, in scenes with sunshine, the colours do shine. The rest of the time, it's washed out and quite desaturated, with a slightly blueish green tint to the image. It looks a little bleak, grey even, as I suppose you would expect from a drama such as this set in a city such as Dublin. It's always grey there, in case you were wondering.

Contrast is strong and the image has good depth as a result. Black levels are decent enough without being anything to really write home about, and shadow detail is perfectly acceptible. There's no evidence whatsoever of any unruly DNR, despite the many night-time scenes. The grain structure is subtle and gives the image a classical feel. All in all, this "near-perfect" video presentation is becoming something of a standard with Blu-ray releases these days - you're unlikely to be disappointed.

Relatively little to shout about with this DTS-HD MA 5,1 track. It's solid. Dialogue is pronounced and clear, with plenty of space between the background ambiences and foley to allow it to cut through perfectly. As you might expect, not a great deal going on with the surrounds here bar adding some space in the overall atmosphere of the beach scenes and party scenes. One thing that I genuinely found myself completely spellbound by was the soundtrack from Stephen Rennick. It's soft and beautifully recorded. It's adds a brilliant sense of hapless foreboding to the imagery, and it's one that although subtle, has a lasting effect.
All in all, it's a safe audio presentation that won't see too many complaints.

Commentary with Director and Screenwriter
Abrahamson and Campbell candidly talk us through the events of the movie and give us their own personal insight into the movie.

Interview with Director
A 40 minute interview in which Abrahamson discusses the movie's origins, and in what ways the movie is close to him. Interestingly, he talks about how the title of the movie came about and how it creates a sense of expectation for the audience.

Interviews with Cast
Ten minutes of the same questions fired at some of the cast.

What Richard Did is a quietly uncompromising, bleak and gritty drama that manages to stay with you long after you've finished watching. Its subject matter is centred around a group of well-to-do young teenagers in Dublin, who find that the complications of life and love are altogether overwhelming. As the title suggests, the whole narrative moves very slowly towards one specific incident that forms the backbone of the movie's premise. It's bleak and unforgiving, and perhaps something of an endurance test for the audience, but stick with it and there's plenty to get out of this very personal and intimate movie from esteemed Dublin director Lenny Abrahamson. You're not going to find it comforting, you're not going to find it funny, but you will most definitely find it engaging and direct.

As for the Blu-ray package, it's a pretty decent showing from Artificial Eye, offering a few additional tidbits by way of commentary and interviews, if that's your thing. As for the picture and sound, stalwart efforts on both, with solid scores for the image's clarity and the soundtrack's meloncholic punctuation throughout. Decent enough, though I would hasten to add that What Richard Did doesn't have a whole lot of re-watchability.