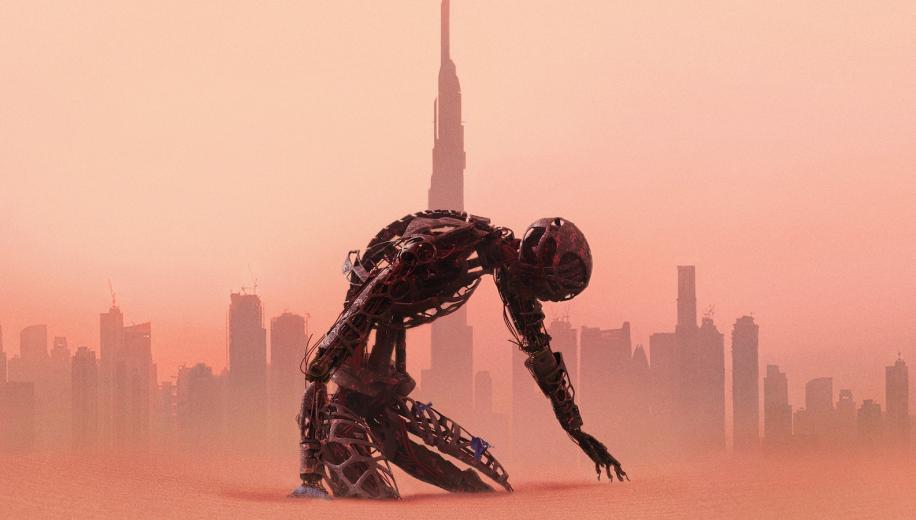 After two non-linear seasons on the park, the 'artificials' take to the real world to wreak havoc, with HBO's Westworld successfully reinventing its ideas for a broader scope, assuming this isn't just another illusion...

Whilst season 1 practiced some rather clever and even exquisite forms of narrative misdirection, few argue that season 2 eventually lost its way somewhat, attempting to further add layers to the already more than complex enough non-linear plotting which worked first time out but felt more contrived in its sophomore year - when you knew what was coming. That's not to say that Westworld wasn't still compelling viewing, continuing the stories of its colourful cast of guest and robots - who, over time, you realise you really can't tell apart - as they clash, whilst the Crichton-inspired world created for them to live in collapses around them, leaving the abused artificial minds therein with a final shot at freedom, but it was also a little more exhausting. As much as the robots wanted to escape the western world they were trapped in - in multiple timelines - so did the audience, and thus the natural progression of Season 3 appears just the shot of adrenaline the series needs, taking us to a veritable future world which is expansive enough that you're prepared to, at least thus far, believe that it isn't just another false 'world'. But only time will tell.

After the massacre at Westworld, Dolores Abernathy takes to a futurescape Los Angeles, where she manipulates her way around a series of tech pioneers, seeking to get closer to some cutting-edge Artificial Intelligence technology, whilst some of the other 'artificial' survivors she brought with her appear to have been rebuilt and unleashed upon the world too (including Bernard). In the meantime, a young war veteran, Caleb, struggles to find work in the ever-shifting landscape, taking up odd criminal jobs to supplant his income and escape his PTSD past.

HBO's sumptuous sci-fi vehicle thoroughly revels in its futuristic repositioning, as the neo landscape delivers all the gorgeous tech goodies that viewers could possibly hope for - from communications to cars to advanced VR. Wielding a fabulous cast of familiar faces, some of which are merely there for extended cameos, even the season premiere is packed with names: Sons of Anarchy's Tommy Flanagan, Master of None's Lena Waithe (who also wrote Queen & Slim), Guardians of the Galaxy's Pom Klementieff, and Age of Ultron's Thomas Kretschmann, to name just a few. Indeed there's almost no time to reintroduce the returning cast, with only Jeffrey Wright's somewhat schizophrenic Bernard given more than a glimpse, whilst Evan Rachel Wood's Dolores, and Aaron Paul's (enjoying a strong resurgence post-El Camino) newcomer Caleb headline this time out.

The score choice is exceptional, boasting some wonderful futuristic riffs, as well as a dash of Massive Attack, and some expertly-placed Pulp (Common People) amidst the superbly chosen reworkings. The trailer teased exactly what to expect from these kind of future/classic mixes, and the show delivers, affording weight and style to the fabulously visual futurescape environment.

There is more than enough to grip from this opening bow, pulling you back in even if you feel that Season 2 lost its way, and - sure - there are hints of messy complications (the mid-credits tease is a whopper) but there's also every chance this season of Westworld may, if it stays on track, prove to be a strong return to form. Watch this space.
﻿