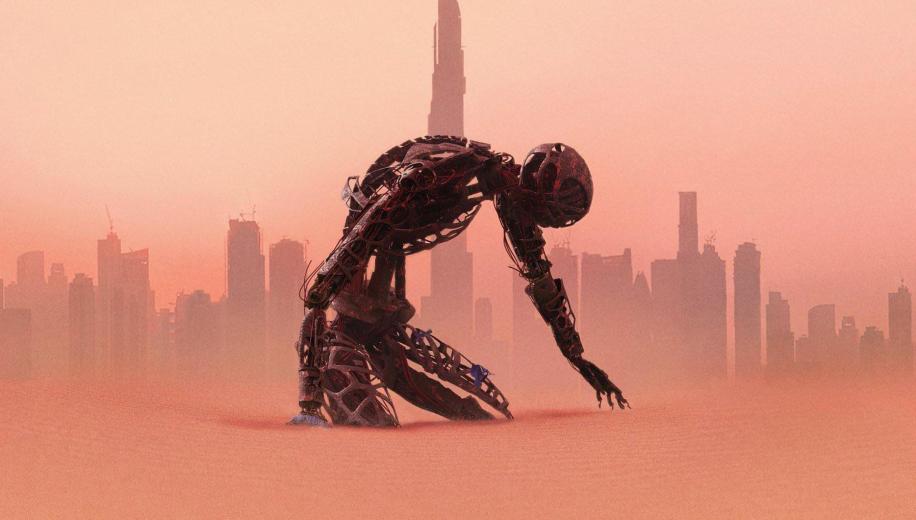 After two non-linear seasons on the park, the artificial take to the real world to wreak havoc, with HBO's Westworld successfully reinventing its ideas for a broader scope and its most assured year.

Whilst season 1 practiced some rather clever and even exquisite forms of narrative misdirection, few argue that the initially stunning season 2 eventually lost its way somewhat, attempting to further add layers to the already more than complex enough non-linear plotting which worked first time out but felt more contrived in its sophomore year - when you knew what was coming. That's not to say that Westworld wasn't still compelling viewing, continuing the stories of its colourful cast of guest and robots - who, over time, you realise you really can't tell apart - as they clash, whilst the Crichton-inspired world created for them to live in collapses around them, leaving the abused artificial minds therein with a final shot at freedom, but it was also a little more exhausting. As much as the robots wanted to escape the Western world they were trapped in - in multiple timelines - so did the audience, and thus the natural progression of Season 3 appears just the shot of adrenaline the series needs, taking us to a veritable future world which is superbly realised.

After the massacre at Westworld, Dolores Abernathy takes to a futurescape Los Angeles, where she manipulates her way around a series of tech pioneers, seeking to get closer to some cutting-edge Artificial Intelligence technology, whilst some of the other 'artificial' survivors she brought with her appear to have been rebuilt and unleashed upon the world too (including Bernard). In the meantime, a young war veteran, Caleb, struggles to find work in the ever-shifting landscape, taking up odd criminal jobs to supplant his income and escape his PTSD past, but soon crossing paths with Dolores...

Season 3 appears just the shot of adrenaline the series needs

HBO's sumptuous sci-fi vehicle thoroughly revels in its futuristic repositioning, as the neo landscape delivers all the gorgeous tech goodies that viewers could possibly hope for - from communications to cars to advanced VR. Wielding a fabulous cast of familiar talent - Sons of Anarchy's Tommy Flanagan, Master of None's Lena Waithe (who also wrote Queen & Slim), Guardians of the Galaxy's Pom Klementieff, Age of Ultron's Thomas Kretschmann, and the ever-great Vincent Cassel (recently in Underwater). It doesn't take long to reintroduce the returning cast, however, with Evan Rachel Wood's fabulously realised Dolores, and Aaron Paul's (enjoying a strong resurgence post-El Camino) newcomer Caleb largely headlining this season, but Thandie Newton not long forgotten, and only perhaps Jeffrey Wright and Ed Harris sidelined given the potential of their roles.

The multiple narratives are seamlessly blended this time around, charting the revolution of Dolores juxtaposed with the birth of this AI tech, and making for several tense and expertly staged action sequences, and bouts of violence whose impact echoes through the show. The futurescape portrayal is flawless - c.f. Sky's empty Brave New World - and, after the complications of Season 2, The New World redresses the balance and leaves fans eagerly anticipating what may come next.

Westworld Season 3: The New World comes to UK 4K courtesy of Warner. This Ultra HD Blu-ray release does a considerably better job than NowTV - or even Sky's 4K - could do on broadcast, affording the show exquisite native 4K with Dolby Vision too.

Westworld's production design has always been on point, but Season 3 takes it to a whole new level, and a native 4K presentation - with Dolby Vision too - just highlights the design in all of its glory. It's an absolutely lavish environment, rich in textures and details, brimming with seamless CG opulence, and allowing you to simply get lost in this wonderfully reflective glass-dominated futurescape, replete with robots and future-tech that you basically don't even notice couldn't possibly be real. Equally impressively textured is the World War II setting, replete with the intricacies of an old village, and the wispy fibrous texture of those old starched uniforms, whilst future streets - as bloody as they may get - have a clinical, clean look, right down to the automated transport, with some excellent practical effects and vehicles allowing the depth of observable detail to be expanded further.

One of the best looking TV shows - and one of the better looking 4K releases of 2020, there's little here anybody could complain about, revelling in supreme detail in close-ups and longer shots, immaculate set design - interiors and exteriors - and impressive effects, whilst the colour scheme goes into overdrive courtesy of excellent implementation of not just HDR and WCG but Dolby Vision too, which leaves us with rich and inky blacks, deep, gorgeous reds, suitably neon blues, and myriad wonderfully represented tones across the board in between. It's a great presentation.

Westworld's 4K Blu-ray release delivers a stunningly immersive Dolby Atmos track too, with the High Definition 3D object-based immersive audio track playing an integral part in bringing the futurescape to life, and crafting a rich atmosphere within which the environment can thrive.

Dialogue comes across clearly and coherently throughout, largely disseminated across the frontal parts of the array, although some more ethereal 'voices' claim presence higher in the array, whilst effects lap up the robots and tech with aplomb, as the soundscape thrums with electronic intensity. The more hectic action sequences provide the real dynamics, positioning ballistics with object-based precision as your living room turns into a firefight (the drone / .50 cal sequences afford some wonderful overhead dynamics), whilst LFE remains a firm presence, underpinning the whole track, whilst the score enjoys some superb, perfectly chosen remixes of familiar tunes (Pulp's Common People stands out), wielded largely in support across the surrounds.
﻿

An expansive array of extras

Some seventeen or so Featurettes are spread across the discs, providing an introductory overview, some background into the futurescape setting - as well as the World War II setting - interview-based offerings for the core members (Evan Rachel Wood, Thandie Newton, Aaron Paul and Tessa Thompson are the perfect choices), and background into some of the technology explored in this show and this season.

The third season of Westworld is its best yet, finally escaping the physical and narrative confines of the park to look at the impact of these clashing tribes in this future-technoscape. The core characters are superbly realised here, Evan Rachel Wood and Thandie Newton in particular, whilst Aaron Paul makes for a solid addition, and fans will be eager to see where they can possibly go from here.