Welcome to the Punch Blu-ray Review 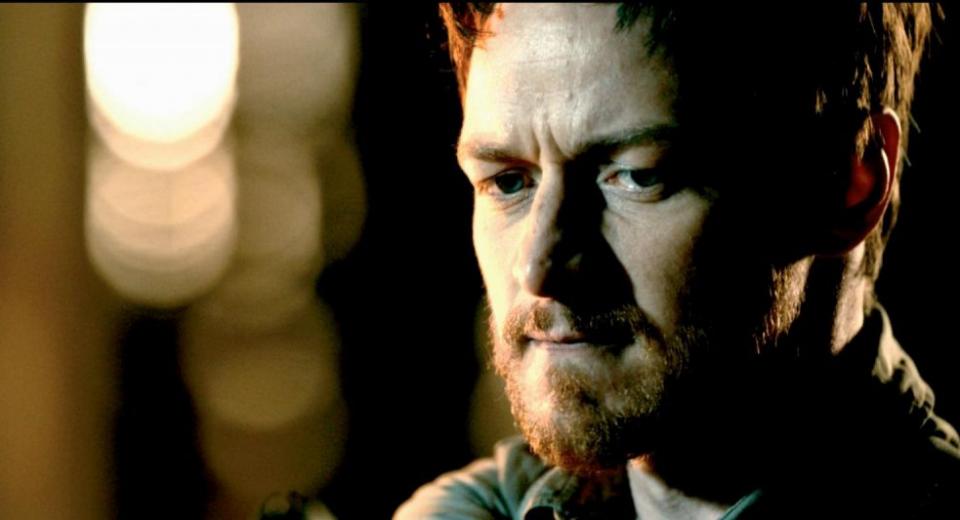 Welcome to the Punch certainly looks considerably better than you would expect from a $8.5 Million production, and this UK Region B-locked release certainly does it justice, presenting the movie in glorious 1080p/AVC-encoded High Definition, and in its original theatrical aspect ratio of 2.4:1 widescreen. Indeed it’s so good – and so much more impressive than you would expect – that it is tempting to praise it as demo-worthy material. Oh it comes so damn close. Unfortunately, despite the rampant style; the neon-drenched citiscapes which fashion London into Los Angeles (or, at least, Hollywood’s Los Angeles) and the excellent, highly detailed images – courtesy of the Arri Alexa-shot HD cinematography – it still has flaws. Not the kind of flaws that would spoil your enjoyment at all, but enough to take this out of direct competition from most recent HD-shot medium-to-big budget (US) thrillers. As stated, the detail is excellent, and clarity resounds throughout, with no signs of edge enhancement or excessive DNR, and impressive focus on close-ups, middle-ground shots and scene-setting landscapes, but there is a problem with the noise level. Sure, the colour scheme – skewed as it is towards neon blues – is well-rendered, and black levels are, for the most part, strong, affording rich shadow detail and deep blacks for the night sequences, but there are a few shots which just look that little bit too noisy. As stated, it is far from enough to ruin your enjoyment of the film, but it is noticeable enough to warrant both noting, and taking this off the ‘reference material’ level that a movie this stylish could have easily earned. So close.

On the aural front there are no such quibbles, and the accompanying DTS-HD Master Audio 5.1 track positively ignites your living room with a fantastically-designed sound platform, which passionately promotes the more engaging action set-pieces whilst not forgetting the quieter, more atmospheric touches. Dialogue comes across clearly and coherently throughout, no matter how boisterous the surrounding elements, largely disseminated from across the fronts and centre channel. The electronic score balances some nice thematic repetition with surging action-enhancing beats, playing to the strengths of the piece although stopping short of quite finding its own voice, but nevertheless delivering plenty for the surrounds to play with, as well as a near-consistent input from the LFE channel. The effects are, expectedly, pretty boisterous, with a gun-dominant theme to the action which results in myriad blast noises – shotguns, pistols (silenced and otherwise), assault rifles – all reigning supreme over your living room; bullets whizzing all over the shop. Indeed you’d be hard-pushed to tell the fact that almost all of the shots were added in post-production, although that’s possibly an explanation as to why they sound so damn good. Demo quality all the way, and just shy of what warrants a perfect 10 score, Punch has just that.

Not exactly packed with extras – and unfortunately missing the half-dozen-or-so Cast and Crew Interviews that adorned the Stateside release – we get an 18 minute Making-Of Featurette and an Exclusive Cast and Crew Q & A segment that runs about the same length. Thankfully both extras are very good indeed, with no fluff around the edges, little EPK flavouring, almost no final film footage, and instead plenty of revealing background information and production titbits. For starters, the Making-Of delves into how they shot key sequences – like the slo-mo standoff, and the action finale – and the locations and issues with night shoots in well-populated environments. Then the roundtable Q & A offers up further interesting revelations with discussions on the alternative first cut of the movie, how much fun it was to shoot (Strong loved getting to work so heavily with guns), the preparation for the roles and location sourcing courtesy of Ridley Scott. I’ve seen a dozen bitty Featurettes filling an extras package with nothing but fluff and with far less of interest than is held in just these two little options. The disc is rounded off by some Trailers. Welcome to the Punch feels fresher than it should - through the location and cast - but still follows the best of the Stateside cops-and-robbers thrillers with a vengeance, even throwing a little Eastern magic into the bargain courtesy of a director clearly as influenced by John 'Hard Boiled' Woo as he is by the likes of Mann's Heat and Bigelow's Point Break.

Driven by more energy and style than you would expect the budget to command, and brimming with superior Brit talent, doing their best with an understandably cliche-ridden script, the film is nothing exceptional; probably not even anything distinctly special, but it is still remarkably entertaining from start to finish.

On Region B-locked UK Blu-ray we get excellent video and audio presentation as well as a couple of highly watchable and honest extras. Fans should consider this a very good package, newcomers who like the sound of this should definitely give it a rent, if not a blind buy, depending on how much you enjoy the cop thriller genre. Solid, enjoyable thrills.