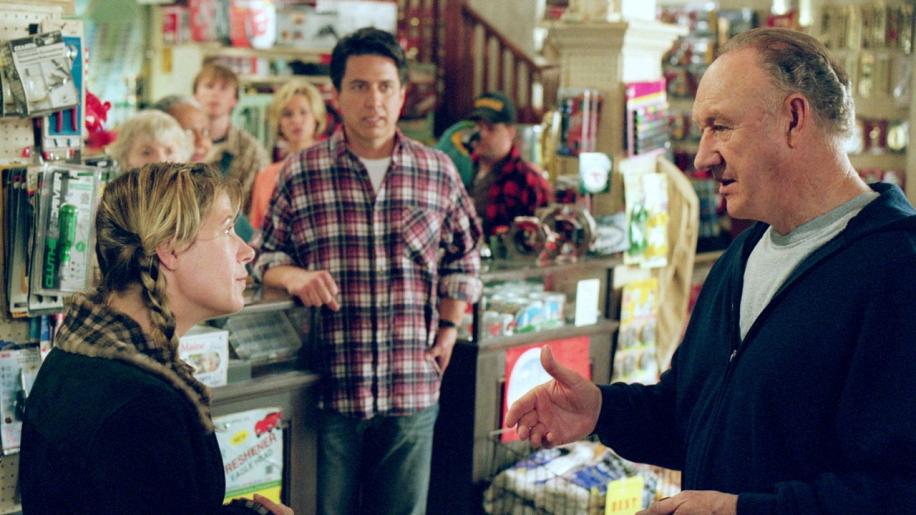 The anamorphic 1.85:1 print is a very good example of the encoders art. Shot mainly in bright, well-lit scenes the colours are exemplary. Bold primary colours are evident with no trace of colour bleed. Detail is crisp and well rendered. The golf course scenes show these detail levels off very well, with a richness normally reserved for animated features. Skin tones are warm and again reveal bags of detail. Top this off with an impressive dynamic range and you have a first class print Sound is presented in DD 5.1 and, like a can of Ronseal, it does what it says on the tin. A dialogue driven piece with light, comedic background music, the soundtrack is functional rather than fantastic. The warmth in Hackman's dulcet tones is clearly apparent, and vocals in general are crisp and lucid. Beyond this the soundstage and foley effects are sparse and don't strain the most basic setup Consisting of 6 wisely deleted scenes and a short selection of outtakes and bloopers that are on a par with the mirthless movie these extras are not worth the disc space. The feature commentary by director Donald Petrie has little to offer. He is clearly enamoured with his cast, and takes every opportunity to inform the listener that this particular whistle was improvised, or that particular line was improvised. This soon becomes tiresome, especially as none of the improvisations are any good. It's an endurance to sit through the movie once but to have to do it again to listen to Mr Petrie is just cruel. A tedious and turgid little movie that relies too heavily on the comedy of an essentially unfunny man. It is said that British humour is poorly understood by our American cousins, and on the basis of Mr Romano's comedy I would say the feeling is mutual.