Way of the Samurai 4 PS3 Review 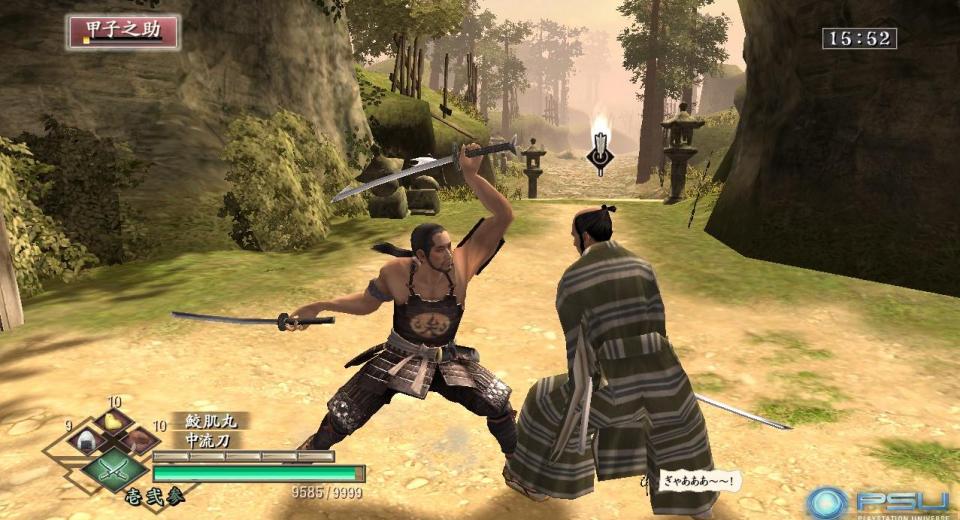 Acquire may not be a household name, but their body of work is catnip to anyone who loves their games with a distinctly feudal Japanese flavour. Tenchu introduced many console gamers to the concept of stealth, Shinobido continued that lineage and then there was Way of the Samurai - a RPG for all those who liked katanas more than sci-fi and sorcery. The formula is well laid out, the fanbase loyal and two sequels and a spin-off later we come to the fourth in the main series. All the previous titles have failed to strike a chord with the masses, so are Acquire happy with cult status or will this be the time for the series to evolve?

Well, it’s the former. I hope that doesn’t spoil anything, but if you’ve come looking at a review for the latest in a flawed franchise in the vain hope that it’s finally ironed out so much as a few of those wrinkles, well you’re out of luck. Way of the Samurai 4 is the same as previous entries - destined to find a niche few who’ll overlook its ongoing issues as “characterful”. For those unaware, the standard set-up - as followed by WotS 4 - is that of a player-controlled ronin (masterless samurai) entering a location that is populated by factions vying for power. Here it’s a port city called Amihama which is a hotbed of resentment due to the influx of Westerners in their fancy steamships. The branching storyline forces you to choose who to side with, the militant anti-foreigner Disciples of Prajna or the authorities loyal to the shogunate. If it sounds a bit dry and dusty, fear not, the scripting bounces between genre-schtick and outright bonkers; part Yojimbo, part Carry on Samurai, and with an alt-world historical view of period costumery that skews towards the steam-punk, as well as characters with titles such as Melinda Megamelons it begs not to be taken seriously.

The scene is set with some nice use of original language audio and atmospheric effects like blooming in the clouds and gulls circling overhead. However, while there’s no mistaking this is the peak of the series in the graphics stakes, that’s not saying much. The textures are improved (still below par by general standards) and the draw distance is good, but there’s still a lack of polish. PS3 owners are perhaps more accepting of aliasing than they should be, so they may manage to blank a certain amount out, but the greatest blight is the game’s problem with v-sync. The screen-tear slices through bodies more than any sword, and the results are just as gruesome.

Luckily this was never a series famed for its graphics prowess. The template for the franchise’s continuation is steadfastly built upon branching storylines, swordplay and inventory-fiddling. You can choose which path you want to follow at key points of the main plot, many of which are triggered at set times; if you leave a location for a wander or have a quick nap to regain some vitality don’t be surprised if you are suddenly confronted with a cut-scene requiring you to elect which side you wish to fight for in any manner of confrontations. It's refreshing to feel you're an inhabitant of a world rather than being the sole driving force behind its cycle of events.

This lends a dynamic air to the game, the age-old Achilles heel of RPGs being the lack of suspense developers are able to keep in a main storyline when side-quests eat up most of the gamer’s time. Unfortunately the ideal of creating a shifting world where your choices, such as attacking/killing NPCs can tie you into a particular course is undermined slightly by some plot points which are more momentarily rather than genuinely branching. For a game that can be ploughed through in little more than a couple of hours, any chance to reconsider where your allegiance lies - admittedly in an intentionally twisting manner - feels unnecessary.

Swordplay is an odd affair, the developers having gone back to a push/pull guard helps avoid excessively close cornering of opponents, but button mashing and spamming quick attacks still often proves sadly fruitful. A draining vitality meter adds a layer to how active you are in everything from wandering to combat, but it's an addition that doesn't define how you'll approach playing. What does have an impact is the durability of your weapon, which over time will degrade and eventually break - not something you want to happen as you are about to strike the final blow (though with a weapons sack that is a veritable TARDIS you shouldn't run out of steel). For most fights it seems more down to the gamer to actively take the moral high ground and attempt to mimic the stoic, steady movements of a samurai and explore stances and strike variations for their own satisfaction rather than the battles being built around that premise as a wholly necessary route to success.

Once you’ve won a few fights, smashed a few crates and picked up the spoils you’ll want to begin tinkering with the items at hand. If you can forgive the menu-system that lags a fraction of a second too long between button presses then the depth that is lacking in the flow of fights may be found. Kitting your ronin out in fancy gear is a nice distraction but its in the wealth of sword styles and weapon creation options - as well as unearthing all the oddities and mini-games Amihama has to offer - that fans will lose themselves. Trying to chat up female NPCs and stopping off for a spot of fishing can become strangely addictive. That’s where the replay factor is found, and also where the insanely short central story starts to make sense. You finish each game with the items carried over to your next play-through, so it becomes a sandbox experience. Kill that NPC, switch allegiance, pick a fight, start thieving, walk around in the nip, all are options. The only major issue surrounds just how much the experience actually changes; in short not much. The action is repetitive and thus the extra sword styles become your aim, playing with the additions to the world rather than the world itself, and the fights hold little satisfaction for those not already invested in samurai flick/game fandom beyond being a testing ground for new wares.

Luckily this instalment has one last ace up its sleeve, namely the use of other players' data, when they are connected to the PlayStation Network, to build a wandering samurai figure you can defeat to pinch their sword. Hopefully this'll reward the loyal fanbase for enduring with the series, but at the time of writing it wasn't exactly an instantly evident game-seller of a feature.

Way of the Samurai 4 PS3 Review

Beauty is very much in the eye of the beholder with this franchise, and although the multiple alternate endings and item management options will appeal on paper to other RPG fans, the quirky madcap Japanese atmosphere and rough edges scream “cult appeal only”. As a bit of a chanbara (samurai flick) nut I can appreciate much of what the game has to offer, but it’s hard to make a genuine argument for anyone to play it unless they feel a real affinity with the absurdist mood, love mini-games and are starved of katana-wielding games.