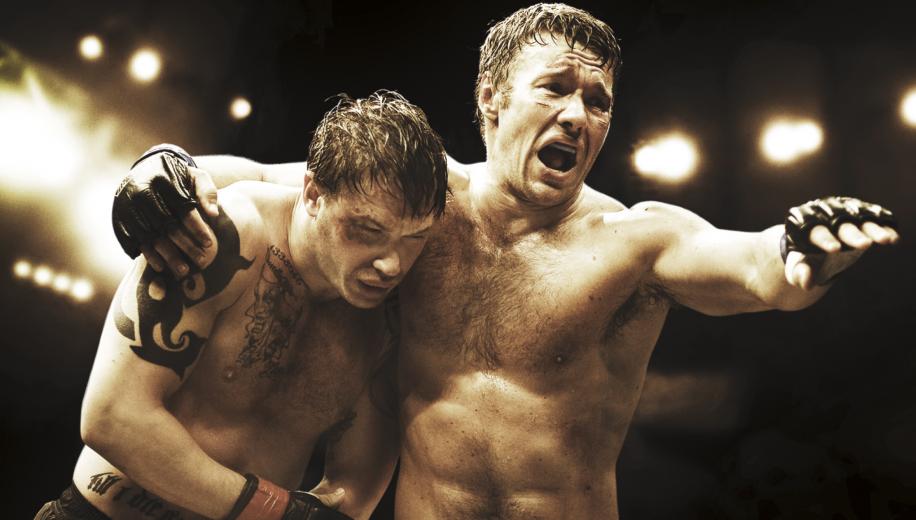 A mismarketed box office flop, Warrior is an underrated gem - from 2011, the year of Drive - and so much more than just a modern take on Rocky.

Right from the melancholy Johnny Cash-esque opening track by The National, and the initial conversation between Tom Hardy's returning marine and his estranged, former abusive drunk father, played by Nick Nolte, you know that Warrior is much more than it was ever billed to be.

It’s a story about loss, hatred, bitterness, estrangement, alcoholism, domestic violence, redemption, reconciliation, unconditional love, and the strength of the human spirit, and in the year when movie fans could enjoy the masterpiece that was Drive, this was an underrated gem waiting in the wings.

With stellar performances all-round - from Tom Hardy (enjoying his Bane physique on the eve of The Dark Knight Rises) to Joel Edgerton, to arguably the standout (Oscar-nominated) performance from none other than Nick Nolte, Warrior is actually so good in its quieter moments that you almost wish that it didn't have to build to an MMA-defined final act of non-stop fights.

Writer/director Gavin O'Connor has had a mixed bag of a run in his career, suffering a host of Box Office flops and some debatable critical feedback (the thankless task of taking over on Jane Got a Gun hardly lit the world alight), although his recent surprise hit The Accountant may have turned things around on that front. Although hardly a commercial success, his 2011 feature, Warrior, at least earned him some critical acclaim and remains a powerful little gem.

Warrior was shot on a variety of different cameras but is capped by a 2K Digital Intermediate, which has been used here for this Ultra HD Blu-ray release.

At least as controversial as Lionsgate's 3:10 to Yuma 4K release, Warrior hit the format some 18 months ago - in the US - with the exact same disc making its long-overdue UK bow now. With the limitations of the 2K DI, some unusual HDR application, and gritty source material which hardly lends itself towards demo presentation, it's unsurprising that Warrior's 4K release hardly sets the format on fire, but at least for those who haven't picked up the Blu-ray, it makes for a solid release.

There is a light uptick on detail, which is evident on some close-ups in spite of some very variable noise levels, and the texture of the piece is intact but you have to tolerate the unpleasantness of the HDR-enhanced noise field, with this title one of the worst offenders in this respect. The plus side largely comes in the improved black levels, allowing for some impressive - and hitherto unseen - shadow detail; a welcome benefit for a film that's so drenched in drab, dingy, darkened scenes.

With the downside of noise, and the upside of shadow detail, the colour scheme should help the title win on points, particularly as HDR and WCG normally define these 4K upgrades, but it's simply not that clear-cut, as the colour timing across the piece has been tweaked, leaving it looking different - but not necessarily better, showcasing some rather heavily graded orange-amber sequences, a few teal hues, and only a smattering of HDR highlighting across the piece. It's a real mixed bag and hardly a standout title on the format.

Warrior earns itself a much more unequivocal upgrade on the aural front, with a 3D HD immersive audio option in the form of Dolby Atmos, which builds favourably on an already spectacular Dolby TrueHD 7.1 core.

Dialogue is clearly and coherently presented from the frontal array, dominating the proceedings in spite of the often thunderous score and frequently thumping effects, and even above the raucous crowd that cheers through the latter parts of the movie. Effects are myriad, from the atmospheric noises that bring the streets, gym club, school and home neighbourhoods to life; little things like the kid's party and the classroom joviality allowing for a consistently immersive offering, even outside of the ring. Perhaps the most ambiently immersive moment comes from the Iraq sequence which allows helicopters to whirr overhead and the dusty desert setting to wash against you.


At least on the aural front, Warrior is very impressive.

Of course, the ringside action steps things up to another level, particularly as the crowds grow from the patrons of a strip club to the screaming thousands at an arena and these moments really sound stunning on this track, bringing your living room to life as if your sofa was a ringside seat. Fireworks set the stage, drums pounding in the background, and then the thunderous blows come quick and fast, the slaps against the mat and the penetrating call at the close of a round punctuating the sequences with power and presence.

The score, as stated, drifts from melancholy introspection – truly getting to the core of the drama – to a somewhat unnecessarily contrived riff on Beethoven, which can get a bit intrusive, but which sometimes sits back and allows the more percussive original scoring to take hold. Bass provides a brooding undercurrent to the proceedings and, overall, this is an excellent aural accompaniment which excels at every level and which is demo quality in every way. At least on the aural front, Warrior is very impressive.

Apart from the PiP track, all of the extras are ported to the 4K disc, including the Commentary, Featurettes, Deleted Scene and Gag Reel.

Right from its melancholy opening track and poignant, cut-to-the-core opening scene, through to the undeniably powerful conclusion; driven by its core of stunning performances, given momentum by its entertaining fight sequences but made exceptional by its below-the-surface look at emotional conflict, Warrior was an underrated gem in a year of unusual filmmaking.


Those who still haven't picked this title up may want to jump straight to the 4K release.

Lionsgate released Warrior 18 months ago in the US, and it's somewhat inexplicable that it took that long for the UK to get the exact same disc here, warts and all. Whilst the video 'improvements' are clearly very debatable, the excellent audio almost makes up for it, and Lionsgate continue their favourable trend of porting all the extras onto the 4K disc itself. Perhaps far from a definitive upgrade, those who still haven't even picked this title up on Blu-ray (or seen it) may want to consider jumping straight to the 4K release, if only for the immersive audio option.