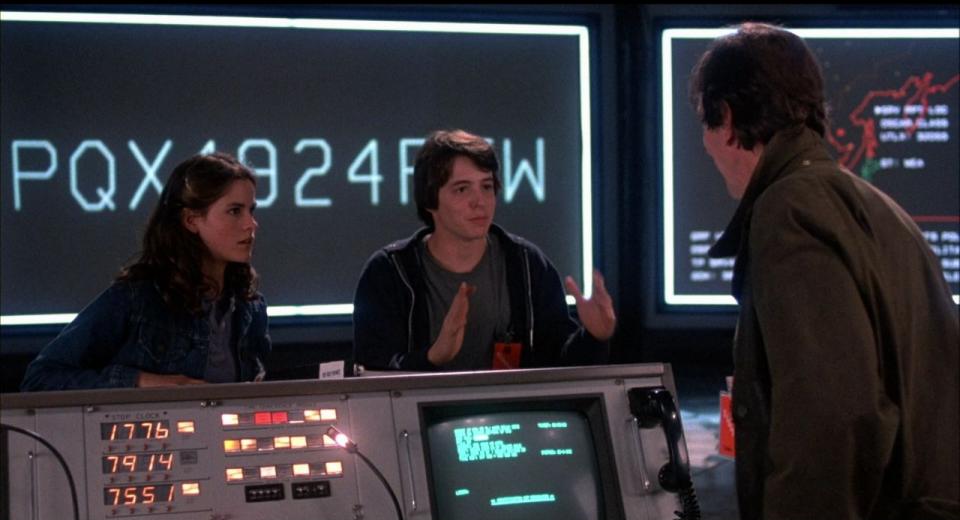 For a mid budget movie made before digital effects, this film looks very good and the re-master and transfer to AVC-MPEG @ 24FPS is excellent as well. There is a certain muted look about the colour palette and some of the film feels quite dark, with some crushing of the blacks in places. Dragging out my old DVD release, this is also true of that transfer, but here, the dust and scratches are gone and the picture much better stabilised. Film grain is quite evident where the negative has been pushed a little, but on the whole it is one of the better transfers I have seen in this time frame. There is a little softening to the picture, leading to halos around some brighter objects, but this feels like the way the film was shot rather than the transfer. The camerawork and cinematography is also of a very high standard. There are a few big crane shots and plenty of interesting angles used. It is not possible to distinguish which shots were retained from the first, aborted shooting schedule with the original director and the second unit photography is equally well matched. There are some very busy shots in the NORAD war room as this set was massive. Unfortunately quite a lot of it was painted black, so low level detail is minimal. The huge data screens dominate the room and these were filmed live using high brightness 35mm projectors. It was therefore quite a feat to keep them correctly exposed along with the rest of the set. Add in thirty or so computer terminals and bear in mind they all have to be synchronised to avoid flicker and you get an idea of the scale of this one set alone. There is some solarising evident on just a couple of shots, the main one being the helicopter search light, but this seems to be the worst of it. Skin detail is sometimes a little low, but check out the tobacco stained teeth of the General, you can almost smell the cigar smoke through the TV.

A good transfer from well produced source material has therefore created a good movie to watch, and one that stands up well against films of a similar age. Originally produced with a Dolby Stereo sound track, this has been re-mastered into a 5.1 DTS-HD MA track. Although the stereo is good, the surround is a bit of a mess. It sounds like the sort of thing you get when you set your decoder to create a surround mix from a stereo source. The positioning of things in the surround mix is too arbitrary and there is far too much music in there for my taste as well.

Concentrating on the front channels, the dialogue is clear, the sound quite dynamic and the music mix pretty good as well. Noise is low and crackles are all removed. The stereo image is fairly narrow with very little in the way of effects swinging around and this just accentuates what a disaster the surround is with it’s over wide, messy image.

The music score contains a nice mixture of pop tracks – all written for the movie, classical music and stirring military style marches, complete with brass led band orchestration and plenty of marching style drums. There is nothing particularly memorable here and on the whole it fits the film well. Just a shame that someone decided this needed a surround mix but did not have the resources to make a good job of it. As befits an iconic film re-release, the extras have been well researched and put together. So far as I can work out, they all date from the 2008 25thanniversary DVD re-release. In addition to a good commentary by Director John Badham and screenwriters Lawrence Lasker and Walter F Parkes, we get four additional features, adding up to over an hour and a half of extras. All are standard definition, but still look very good due to a fairly high bit rate.

The disc does not have a main menu, relying on the pop up menu to navigate. This is simplistic to the extreme and also leads to a slight issue that the main feature just repeats if you leave it playing! Without doubt this film opened the eyes of the masses to the up until then secretive world of the hacker. The plot was sufficiently believable to make Ronald Regan think it possible and it also launched the careers of two of the main stars. Post Cold War, the film loses some of it relevancy, but the art of hacking is still alive and well, as many have found to their cost.

This Blu-ray has been mastered with care and the extras are well worth watching. If you were a child of the 80’s then this film will bring back some memories, while the younger generation will no doubt snigger at the old technology but will recognise the basics of what became the internet. A definite recommendation.