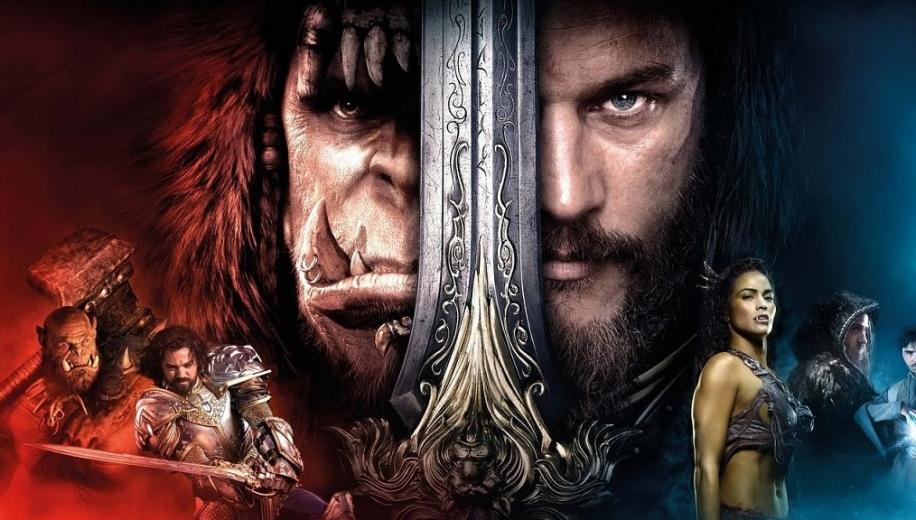 Warcraft is better than some harsher critics would have you believe, but still far from an expertly-crafted video-game adaptation.

Warcraft, despite its near half-billion dollar box office; despite being the highest-grossing video game adaptation of all time, was still considered something of a financial 'disappointment'. Worse still it's budget, a third of the box office, whilst good enough to bring giant hulking orcs to life like never before, still struggles around the edges with its slightly iffy Ghostbusters-esque supernatural effects (an irony considering that director Duncan Jones - another new hope to get brought to his knees by being handed the keys to a billion dollar franchise - made his mark with the miniature effects/micro-budgeted gem, Moon). The simmering disappointment is undoubtedly compounded by the fact that the videogame was just so damn popular - so throwing money at an adaptation, the studio was likely hoping it would prove to be another billion-dollar franchise, rather than potentially end up killing one.
The reality is that Warcraft is not quite the monumental mess that many critics would make it out to be, falling into a similar camp to the oft maligned John Carter - its flavour may not suit everybody's tastes, and it certainly takes a while to get into its dense-mythology (and the pained look of Paula Patton's She-Hulk gets a bit tiring), but the ride is quite distinctive and surprisingly enjoyable at times. Sure, there's too much going on - and the attempt to convey epic world-scale battles as well as the intimacy of personal grudges often ends up distilling both - and, sure, the story is clearly too big for one tale, leaving the 'ending' rushed, incomplete and anti-climactic (particularly if they decide not to make another one) - but not everything can The Fellowship of the Ring right out of the gate (look at The Hobbit). There's plenty of material to mine, and with a little more focus maybe Jones can still pull it off in a sequel.

The 2D is the winner, demo quality through and through, delivering immersive wide open LOTR-scale vistas and battle of epic proportions, whilst lapping up every fine flaw and texture on close-up shots; positively bringing these mo-cap CG orc giants to life (arguably even more so than the MCU's Hulk, although we'll see how well Ragnarok fares in that respect). The colour scheme is broad and vibrant, with some vivid tones and striking primaries - the blue/white 'good' magic battling the toxic Ghostbusters green (the only frustrating effect). Black levels are rich, and overall it's a near-flawless rendition in 2D.


The 3D alternative really does have some great touches, and boasts impressive roundedness to the characters and objects more than anything else, but in direct comparison to the 2D is simply not as visually striking. The colours and brightness in the 2D make a huge difference, and the duller and darker 3D can't offer direct competition. Where it attempts to excel is in the genuine sense of 3D objects - clearly benefiting hugely from playing in this predominantly CG sandbox - and whislt there are only a few sweeping sequences that pull you into the 3D ride, there's definitely a lot of effort that has gone into the finer touches of this 3D version.

Cas Harlow reviewed the audio using a standard 5.1-channel setup – Although the film struggles to be immersive in terms of its slightly disjointed narrative (a jarring mix of small- and epic-scale stories) it certainly doesn't fail on the technical front, with visually opulent video and engulfing audio prepared to transport you to a new realm. Dialogue is firmly prioritised across the frontal array, coming across clearly and coherently throughout, although roars and cries still spark up across the rears during the battle sequences. The score seldom hits home as being truly memorable (although there is a brief, climactic one-on-one battle which gets surprisingly emotional) and the effects are far more important, with the swords and sorcery effects lighting up the sound stage. With plenty of added LFE oomph, it's an excellent aural accompaniment.

Steve Withers reviewed the audio using a 7.2.4-channel Dolby Atmos setup – The Dolby Atmos soundtrack is the perfect accompaniment to the detailed visual environment that Duncan Jones has created. It totally immerses the viewer in the world of Warcraft, adding a greater sense of realism to the fantasy realm. The use of ambient sounds is particularly effective at creating a greater sense of envelopment, whilst the overhead speakers are also employed to enhance the acoustic experience – especially when it comes to the sounds of creatures flying over your head. The use of bass is simply thunderous, really underpinning the action and laying a solid foundation to all this world building. However within these various effects and bass extensions, the dialogue remains clear and focused, with the exception of Paula Patton who is clearly struggling to enunciate through a large set of false teeth! The score is well layered within the mix, even if it isn't actually that memorable, and the overall audio design is a superb example of what is possible with a modern object-based soundtrack.

The extras package certainly covers all of the bases, with The World of Warcraft on Film looking at the videogame-to-movie adaptation in a fair amount of detail, split into six shorter 5-minute segments - Origin Story, The World of Talent, The World of VFX, Outfitting a World, The World of Mo-Cap and The World of Stunts - as well as a brief ILM effects snippet and a litany of Deleted and Extended Scenes, totalling almost a quarter of an hour of extra material, although none of it was inherently necessary to the final product.


The impressive extras package certainly covers the filmmaking and the mythology

A Gag Reel shows off some goofs, whilst Fandom of Warcraft and Warcraft: The Madame Tussauds Experience looks at the impact of the game. Arguably one of the best additions is the Warcraft: Bonds of Brotherhood Motion Comic which makes for a strong companion-piece to the main film and provides almost an hour of extra story background to boot. The disc is rounded off by some Preview Trailers.

The Blu-ray release is sure to please, with demo quality video and audio, as well as a hefty selection of extras

Warcraft is not quite the monumental mess that some critics would have you believe. Once you get past the dense mythology and and rushed ending, the result is actually an enjoyable romp that deserved a better reception. However the Blu-ray release is sure to please, with demo quality video and audio, as well as a hefty selection of extras, that makes this a great package to pick up. Those unfamiliar with the Warcraft franchise shouldn't write this off, even if they might want to consider a rental first before deciding whether it is worth adding to their collection.