Sacrifice and empathy manage to give the film a healthy appetite 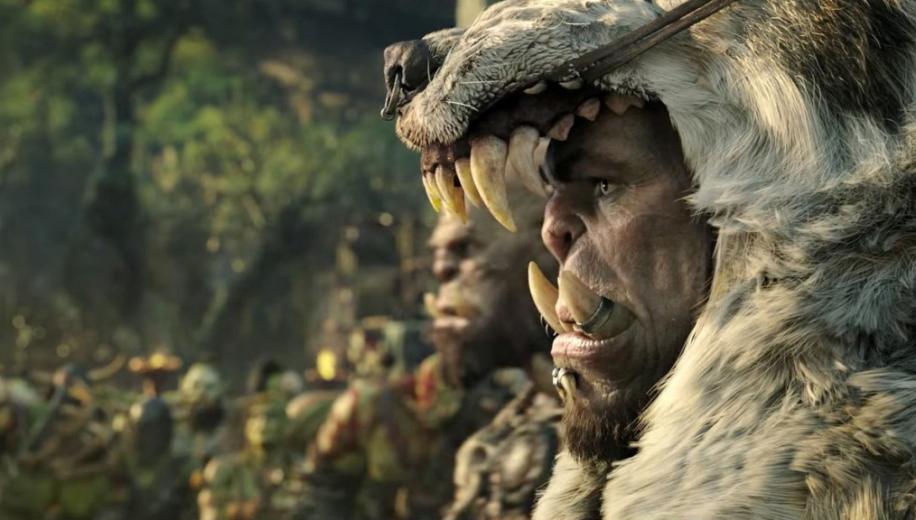 Our hope is destroyed; there is nothing to go back to. Is war the only answer?

Warcraft, software designers Blizzard’s hugely successful gaming franchise, has legions upon legions of followers. A simple (at least to begin with) combat game made hugely enjoyable due to the different but equally weighted races trying to dominate the playing field, it has expanded beyond its console origins into fiction. Stories and novels based on the mythology of Orcs and Knights abound with fantastic tales, and for those who play, are as real as any other fan fiction. Warcraft now comes to cinema and with it the expectation of its fans and the stigma of a game-based movie; has Duncan Jones manged to do the impossible and make an enjoyable film based on a game? It seems so.
Warcraft: The Beginning is actually quite a basic story; Orcs having destroyed their world with fel magic open a portal to the human world and try to take it by force, but they are unprepared for the force by which they are repelled. What makes it interesting are the shades of grey that each side has – no good vs evil, more each side fighting for their existence. The Orcs have dissent, while the humans have betrayal and both have to struggle with their objectives. With a huge amount of lore to pay heed to, the story is slightly rushed, but does contain enough character to have you caring about the outcome, whilst the spectacle and action are terrific eye candy. Warcraft: The Beginning was shot digitally using Arri Alexa XT Plus camera at 3.4K resolution but ultimately finished using a 2K Digital Intermediate, which presumably formed the basis for this Ultra HD Blu-ray release. The film was upscaled to 3840 x 2160p and presented in its widescreen 2.40:1 aspect ratio. The disc uses 10-bit video depth, a Wider Colour Gamut (WCG) and High Dynamic Range (HDR), and is encoded using the HEVC (H.265) codec. We reviewed the region-free US Ultra HD Blu-ray release of Warcraft: The Beginning on a Panasonic 65DX902B Ultra HD 4K TV with a Samsung UBD-K8500 Ultra HD Blu-ray player.

The detail of the image is quite excellent, skin has a very definite texture (both real and digital) as does clothing, be it armour, robe or rag (again digital or real). The environment is breath-taking in its clarity, be it the scorched earth of the Orcs home world or the lush grasslands and mountainous terrains of Azeroth. Indeed the landscape shots showcase stunning photography with keen edges well into the distance; cloud formations etched against stark mountains are postcard perfect.

HDR and WCG add to the image by giving a greater dynaminism to the image; check out how much shadow detail exists in the darkness – the tree bark in almost impenetrably dark woods, or at the other end, how firelight has form and shape within the flame. The spells have a near blinding light, especially the ‘lightning wall’ in the ambush which beams out of the screen, while the burning of Khadgar’s research is gorgeous. Flesh tones are natural looking if slightly pale in places, while the greens of the lush country side (before they are scorched) go on for miles. Brightness and contrast, allied with HDR, gives a real punch to the picture and depth to die for. Digitally there are no compression issues, banding or edge enhancement and the digital source is obviously pristine.


The Ultra HD Blu-ray looks stunning but here's the rub...


Everything I have stated applies to the 4K image but it can also apply to the Full HD Blu-ray included in the set. In fact I’d go further – the Full HD Blu-ray has a richer, more vibrant colour scheme; reds are stronger, greens are fuller and whilst the dynamic range my not be as wide as the 4K image, the whole is darker giving a greater sense of depth and intensity. Watchmen had its issues with being too murky and not as well balanced, Warcraft appears to have a weaker colour range and be too bright.

Now, it must be stated that if you just see either of the two images independently both are reference in their own right; but if you compare side by side, as I have done, then you will see just how different the two actually are. The 4K has the edge in absolute detail and dynamic range, while the Blu-ray’s colour scheme and darker overall tone gives vibrancy to the image. On balance I think the Blu-ray has the edge for image quality – which is astonishing for such a modern movie. Simon Crust reviewed the audio using a 5.1-channel surround set up – No issues at all with the surround set up though, a rich and absorbing sound field that plays to the strengths of the action on screen. The surrounds are used throughout to add to ambiance as well as fill out the effects; from the Orcs screaming as they await the portal to open, or battlefield mayhem, or magic spells filling the room with pinpoint accuracy. Dialogue remains clear and precise, sounds natural enough, dominated by the frontal array though given directionality when required and is never lost in the mix. The score makes full use of the speakers, being well layered and adding richness to the visuals. While bass holds the whole track in its grasp; LF effects come thick and fast and the sub always seems to be working. Effects are deep and tight, with plenty of chest thumps during the battle scenes so that you feel the impact as well. A gorgeous track.

Steve Withers reviewed the audio using a 7.2.4-channel Dolby Atmos setup – The Ultra HD Blu-ray has the same Dolby Atmos soundtrack found on the Full HD Blu-ray and it remains a superb example of modern audio design. The soundtrack is the perfect accompaniment to the detailed visual environment that Duncan Jones has created. It completely immerses the viewer in the world of Warcraft, adding a greater sense of realism to the fantasy realm. The use of ambient sounds is particularly effective at creating a greater sense of envelopment and the overhead channels are also employed to enhance the acoustic experience in a more immersive manner. The use of bass is very powerful, really underpinning the action and laying a solid foundation to all this world building. However within these various effects and bass extensions, the dialogue remains clear and focused and the score is well layered within the mix. The overall audio design is a great demonstration of what is possible with a modern object-based soundtrack. All the extras can be found on the included Full HD Blu-ray:

Deleted/Extended Scenes – Running for about 15 minutes there are 13 scenes in total which are mostly character beats; their titles are: Durotan & Orgrim Petition for Entry, Durotan Fights Dark Scar, Orcs Discuss Fel at the Campfire, Lothar Receives Booomstick at Ironforge, Callan & Khadgar Ride to the Lion's Pride Inn, Lothar Briefs Officers, Questions Medivh, King and Queen Talk on Balcony, Meeting of the Kingdoms, The City Prepares for War, Lothar Mourns, Garona Comforts Him, and Antonidas Asks Khadgar to Be the New Guardian.
Gag Reel – 3 minutes of gaffs and guffaws.
The World of Warcraft on Film – Is a making of feature divided into six parts, each exploring a different aspect of the production, running about half an hour, starting with Origin Story which looks at the game and how to keep that experience in the film. World of Talent examines the actors in their respective roles. World of VFX details the extensive effects used to create the world. Outfitting a World follows on looking at the various outfits created, while World of Mo-cap goes into the motion capture (performances and new techniques employed) used to bring the world to life. Finally World of Stunts has an overview of the extensive stunt work needed in the film.
The Fandom of Warcraft – Cringe worthy look at the fanboys of the gaming series and Blizzard as a whole.
Warcraft: Bonds of Brotherhood Motion Comic – An hours’ worth of additional story telling set in the Warcraft universe.
Warcraft: The Madame Tussauds Experience – A seven minute examination of the life-sized figures and sets constructed for the film.
ILM: Behind the Magic of Warcraft – Three minutes of effects shots and how they composite to the final image.
Warcraft Teaser 2013 Warcraft: The Beginning is director Duncan Jones’ interpretation of the Warcraft legend; software giant Blizzard’s combat game that has become a worldwide phenomenon with several sequels and novels based around the mythos created in the game. This film takes a fair chunk of that mythos and weaves an intriguing story line that introduces the lands, characters and situations to bring about a movie franchise. However, in doing so everything does seem slightly rushed, whilst there is enough characterisation to have you caring and the action and spectacle are second to none, perhaps a little bit more time to develop things would have gone a long way to smoothing over the rough edges. Sacrifice and empathy manage to give the film a healthy appetite, though.


The action and spectacle in the film are second to none

As a 4K Ultra HD Blu-ray set, the package from Universal is an odd one to characterise. The 4K image is bright, colourful, very detailed with an enormous dynamic range – but, the Full HD Blu-ray (included in the set) with its darker aspect and richer pallet, for me, at least, has the better image. No disputing the Dolby Atmos soundtrack though, which is a wonderfully rich surround experience with plenty of effects and bass. The extras package (found only on the Full HD Blu-ray) is a bit light, but has some good information on the making of the piece and an additional story in motion comic form.


You can buy Warcraft: The Beginning on Blu-ray here