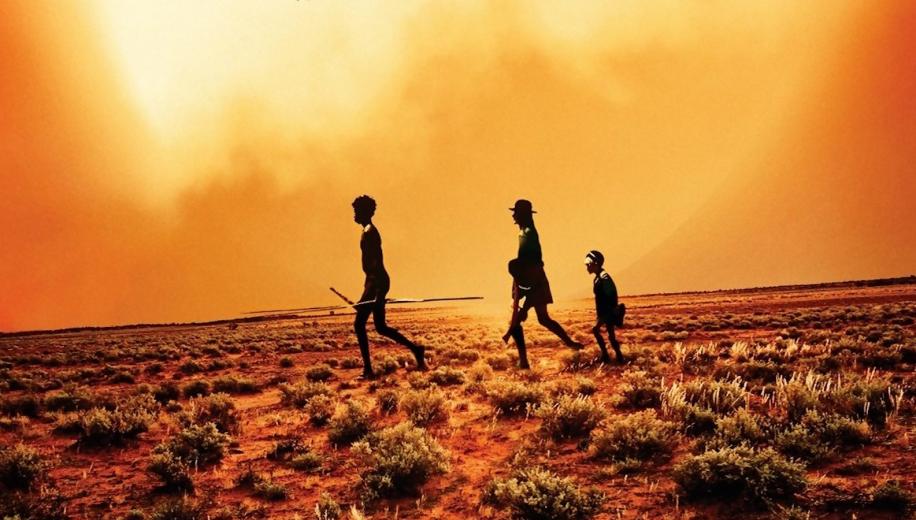 Nicolas Roeg's directorial debut remains justifiably recognised as one of his masterworks, finely juxtaposing coming of age and clash of cultures themes with paradise lost allegories.

Looking back at Roeg's impressive career, whilst it's easy to spot the gems, it's hard to see how exactly the Brit filmmaker got to make them. After doing some cinematography on Lawrence of Arabia - and uncredited work on Lean's subsequent Dr. Zhivago - he would co-direct the almost unreleasable Mick Jagger-starring drama Performance, and then do the commercially unsuccessful Walkabout, the X-rated Don't Look Now, the basically unreleased Man Who Fell to Earth, the also X-rated Bad Timing, the limited release Eureka, and the aptly titled Insignificance, at least when it came to the Box Office. These are critically acclaimed movies made all the more impressive for the fact that he continued to make them in spite of what appears to be very little significant commercial success.

Walkabout, of course, was a hell of a start to his solo directorial career. Ostensibly it's about a couple of spoiled/naive Brit kids who end up having to fend for themselves in the outback, eventually coming across a native teen boy who is on his rites of passage 'walkabout', and who helps them survive in the unforgiving environment. However, in showcasing the coming of age of both the stuffy teen girl and the desert-familiar teen, and the clash of cultures between them, Roeg managed to make something so much more, shoving a big spotlight over the idea of 'modern civilisation', and the destruction it can cause to native tribes; the film showcasing a veritable fall of Eden, counterpointing the hunting of animals for food with the gun-happy white hunters who enjoy wholesale slaughter for kicks. And, even on a personal level, the ultimate gap in communication that precludes any meaningful connection between the two (keenly observed between the two coming-of-age teens, where the prissy young girl clearly can't be bothered to learn how to talk to her counterpart, whilst her younger brother has learned how to veritably talk to him) gives the film a sobering feeling of tragedy borne from not just incompatibility but ignorance and narcissism too.

Blisteringly original in style and format, whilst unflinchingly raw and uncompromising

Roeg accomplished a great deal with a dialogue-sparse arthouse flick, simplistic in narrative but rich with thematic relevance, and absolutely stunning to behold; teeming with visionary symbolism - hell, even the seemingly salacious nudity from a teen Jenny Agutter, which the movie, and Agutter herself, is often remembered for, is actually utterly fitting in the context of Roeg's stripping back of all the trappings of modern civilisation. After all, why the hell does she need to be wandering around in a school uniform in the middle of the desert?

Agutter is impressive in this early role, embracing the almost impenetrable ignorance - the only silver lining for which being the fact her character is in an impossibly horrible situation - right up to the tragic finale and even more bittersweet coda. But it's Roeg who owns the movie, with this and Don't Look Now rightly remembered as two of his greatest endeavours, blisteringly original in style and format, whilst unflinchingly raw and uncompromising.

Walkabout comes to UK Blu-ray courtesy of Second Sight, as opposed to Criterion, who recently did a 2K scan for their US Blu-ray release. Second Sight do one better, with a brand new restoration and rescan of the film at 4K for this lavish Limited Edition Blu-ray release.

The disc presents a 1080p/AVC-encoded image in the film's original theatrical aspect ratio of widescreen 1.78:1.

A brand new restoration and rescan of the film at 4K

Roeg's cinematography is exquisite, unsurprising given his background as a cinematographer, but impressive nonetheless - it was the film he would lens himself, and his eye for visuals is tremendous, transforming the seemingly bleak desert into a stunning showcase of lush opulence, teeming with animal and insect life, which Roeg is more than happy to get right up close and personal with. Of course, his style doesn't always translate well to a perfect print, with several zooms and a fair few shots looking pretty ropey - noisy and grainy as all hell, like you'd kind-of expect from an indie flick shot in the early 70s - but this is an absolutely stellar restoration nonetheless, lapping up ever iota of detail from the original print, clinically observing the NatGeo-style footage in all its glory, and revelling in what you can do with features shot-on-film, no matter their age, which is, often times, make them look as good as new.

Sure, this isn't a 4K release which, honestly, is what we should have had (some of these glorious, lavish box sets - like Waterworld - still often feel like tempting stepping stones when really all of the groundwork has been put in place for a 4K package just around the corner, leading us back into double-dip territory in fairly short order), but it's a fabulous restoration nonetheless, nailing the colour timing, revelling in Roeg's magical imagery, and rendering the best fans could possibly expect from the classic.

The original LPCM Mono track is likely pretty-much identical to that on the preceding Criterion release, but that's no bad thing - this is a superb, authentic rendition of the audio that remains faithful to the original sound design.

Dialogue comes across clearly and coherently throughout, effects - which are surprisingly creepy, as we take an up-close look at wildlife, buzzing, chirping and scratching around - getting decent coverage despite the inherent limitations of the mono, whilst a few twangy classic 70s gunshots ring out, and the love dance comes across as aptly scary and thoroughly claustrophobic. It's a solid track.
﻿

Second Sight's Blu-ray set is fabulous, coming in a weighty triple-thickness package complete with three books - the source novel, a first draft of the screenplay, and a series of essays on the film. That's even before we take a look at what's on the actual disc.

Even 50 years on, Walkabout is a marvel to experience, transporting you to another, almost alien landscape for a thoroughly intoxicating ride. It's relevant to this day, perhaps even painfully so when reflecting on cultures and tribes lost as much through ignorance as incompatibility.

Walkabout is a marvel to experience

Second Sight's 4K-restored Blu-ray release of Walkabout is just about as good as anybody could possibly expect - short of a full 4K release that is - with excellent video, strong original audio, and a tremendous extras package. For fans and collector's it's an absolute must-have.