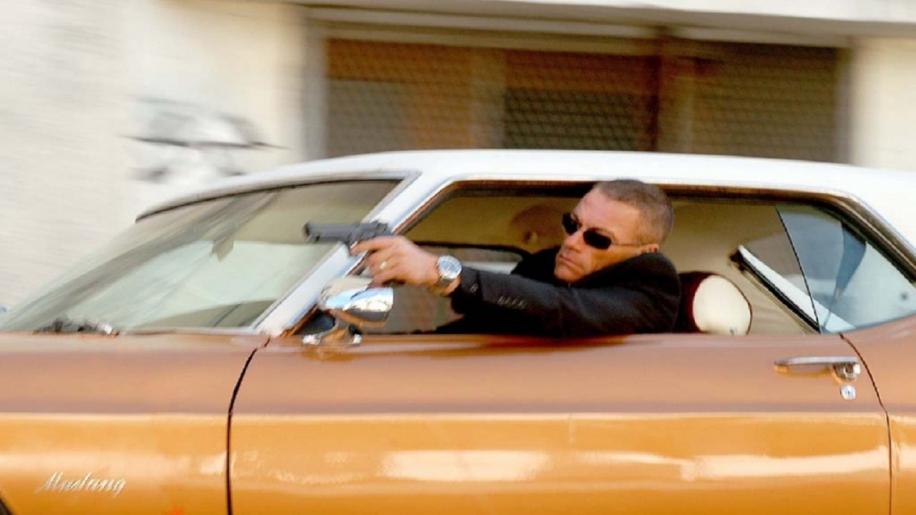 Columbia's presentation of Wake of Death is in widescreen, but strangely not anamorphic. Due to that, a little clarity and detail is lost due to this, especially when blowing up to 16:9 on my Toshiba 32 inch.. It is a pretty good transfer as the film was made only last year. There are plenty of night time scenes, the blacks look deep and the picture is reasonably well defined. There are a few explosions and car chases in the movie, so there is a chance that we may see some bleeding or artefacts present. Upon inspection I could see none and the freeway scenes with the lights and signs look good. All in all, not a bad transfer, but Sony you lose points for not being anamorphic, no excuse these days. Wake of Death has a nice 5.1 soundtrack which as an action film it is aggressive in all the right places. We hear the roar of a car chase, the shooting of guns and the cracking of heads when JCVD kicks some serious gangster butt!! However, that's about it. It seems nice with all the effects travelling around the speakers but it is nothing spectacular and home cinema fans will have heard it all before. Saying that, it's a well encoded soundtrack and my speakers certainly enjoyed me playing it very loud. A very brief 8 minute featurette featuring loads of footage from the film, which you should have watched already, with the director, Philippe Martinez discussing it and his cast. The film's trailer is also included as an extra. I personally like this trailer as it is short and I think sells the film well. It has fast cutting and features major action scenes from the film. Finally we get a selection of other Sony releases including Sniper 3 and Steven Seagal's The Foreigner. JCVD is back to almost his best with this film. I personally still prefer the mighty Steven Seagal to Jean-Claude as my champion of cheesy action films. I certainly preferred Wake of Death to a lot of other straight to video fodder recently. It had a quiet release in America (I didn't even know it was released until a couple of weeks ago). Maybe you won't want to buy it, but certainly rent it when it comes to the UK, as it is an entertaining (and bloody) hour and a half.