Horror for the time of coronavirus 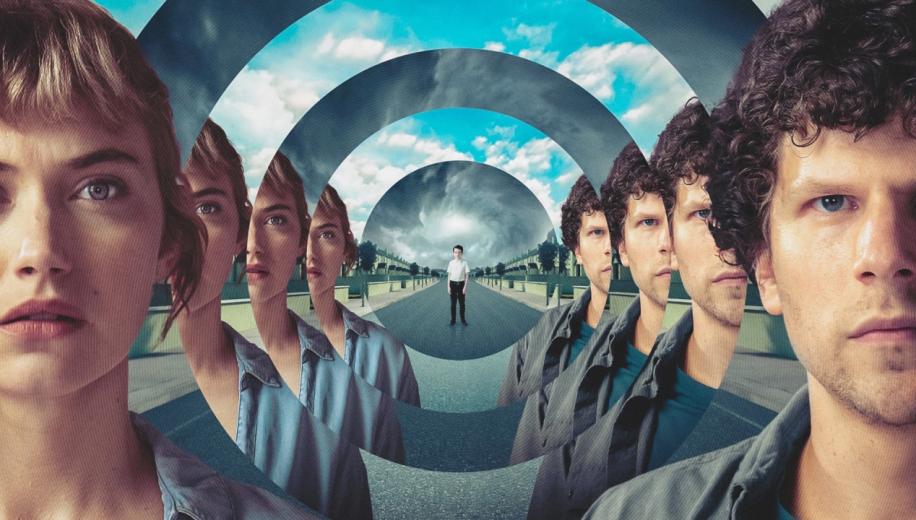 Being trapped at home? Not very relatable… Vivarium lands on a variety of streaming platforms to buy or rent and provides some excellent - and topical - Friday night lock-in entertainment.

Imagine the scene, if you can. You’re stuck at home, you can’t leave. You get deliveries, but you can’t go shopping. You don’t know when this is going to end. As we adjust to this new normal and with no more visits to the multiplex for the time being, what could be better than immersing yourself in a horror about being trapped at home? It’s bone-chilling how apt Vivarium is for our time – it literally feels tailor-made for self-isolation viewing, almost as though writer Garret Shanley and director Lorcan Finnegan had some sort of apocalyptic crystal ball.

Gemma (Imogen Poots) and Tom (Jesse Eisenberg) are keen to become homeowners, and are looking for the perfect place together. They meet Martin (Jonathan Aris), who’s incredibly creepy –even more sinister than the average estate agent – who takes them to view Yonder, a labyrinth of identical streets and identical houses all horrifyingly green and creepily deserted.

The scene where Martin shows the couple round the house is terrifying enough, for those of us who’ve been house hunting. But this house is odd – there’s a nursery all set up for a boy, two t-shirts folded waiting for a wearer, not a sound in the neighbourhood.

Before Gemma and Tom can say “this is horrifying, no”, Martin has disappeared, leaving the couple trapped in this dystopian estate (though ask most people and they’d probably be thrilled to live on a street with no neighbours). The couple try to leave too, hopping in their car and turning down every road in an attempt to get back to real life but find that all roads lead back to their new house, number 9. The next day they try tracking the sun and escaping on foot, but soon enough find themselves back at the creepy front door.

A parcel with provisions – food that’s reminiscent of the plastic stuff in kids’ play kitchens, complete with vacuum packed prawns – is soon followed by a box with an altogether more intriguing (read: disturbing) contents. A baby boy, or what looks like a baby boy, is deposited on number 9’s doorstep, complete with ominous instructions: “Raise the child and be released”.

There’s so much to unpack in Vivarium that it seems plucked straight from a Freud on Film module. Is it a meditation on parenthood? Conformity? Routine? The property market? Whatever it is, it’s creepy. It’s almost a little bit too on the nose for the current social climate. There’s nothing but social distancing, because Tom and Gemma have literally no neighbours. There’s no option to go shopping, and the idea of driving somewhere to exercise? You’re having a laugh – they can’t leave their street no matter how hard they try.

The Yonder neighbourhood is perfectly designed. Each house is identical, the clouds are cartoonish like the ones from Toy Story, and the film’s colour scheme of insipid sunlight is complemented by a score that’s just odd enough to make you feel unsettled. It’s a bit of a shame to only have the opportunity, for the time being at least, to only be able to see the film on some sort of small screen. The design and cinematography are beautiful, and work perfectly with the tone.

And unsettled we are, as are Tom and Gemma. It soon transpires that days have passed, and the baby has grown, though not a normal amount. The boy is a horrifying human-alien hybrid thing, that shrieks and mimics and speaks with a voice not its own. Senan Jennings, who plays this interloper, is unbelievably good, putting in a profoundly weird performance.

The addition of this new household member is enough to start unravelling Tom and Gemma’s previously harmonious union. At the beginning they brushed their teeth together, taking turns to spit, but now there’s discord. As soon as Gemma, against her better instincts, begins to feel some sort of maternal instincts for the boy, Tom loses his cool.

It’s almost a little bit too on the nose for the current social climate.

Eisenberg is, for once, cast as something other than an arrogant smart-arse. His Tom begins life as a loving and humourous boyfriend and turns into a dogged, determined and defiant man. Poots is excellent as a bewildered Gemma, who alternates between stoic spirit and unbridled despair.

The film, which gets off to a flying start, does peter out a little in the middle as the couple adjust to their new lives. It’s got lots of darkly comic moments and little bits of attention to detail to keep it on the right side of excellent, though. It’s one of those films that’s got such a strong concept and excellent start that you almost don’t want to see the end or the reveal, if there is one.

Vivarium brings up a lot of concepts, like futility and parenthood and expectations and routines and conformity and the mundanity of life – but it doesn’t really try to solve them. There are a few hints at a bigger meaning, like when a little girl tells Gemma early on in the film “I don’t like the way things are. It’s horrible.” But the film is perfectly content to acknowledge these big concepts and let them lie, letting the weird wash over it, and as a result creates a jarringly eerie and pleasingly unsatisfying film that’s the absolute perfect companion piece to coronavirus.
﻿