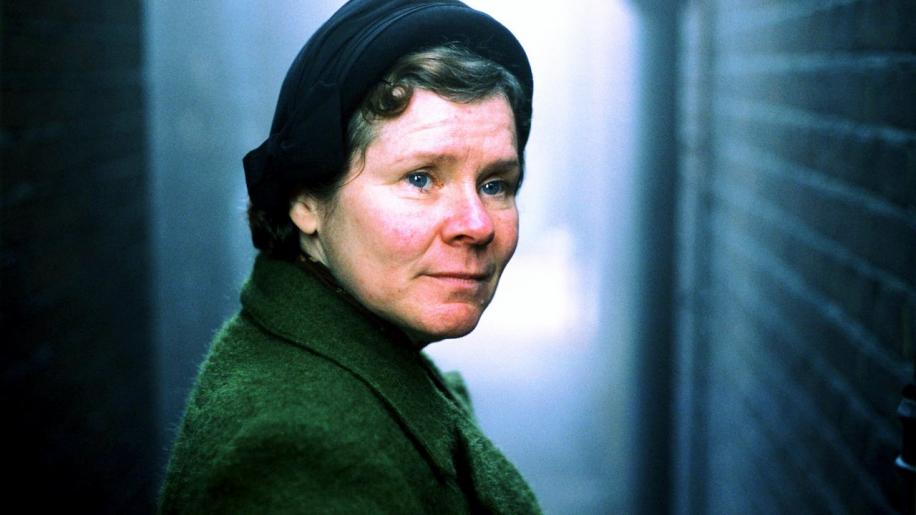 For a film set in such a darkened, war-ridden time, it is surprising how well Vera Drake transfers to DVD, presented here in a 1.85:1 widescreen presentation. All of Leigh's work in setting and atmosphere get the deserved treatment here, with his exceptional eye for detail given a clean, crisp transfer throughout. Colour is quite muted throughout most the film, with the emphasis on browns, blues and blacks, which add a colder tone to the scenes in which Vera travels around local London and later in the police station. But the images do brighten up on occasion when Vera is at home with her family, and when the story focuses on the wealthier side of London, with Leigh's use of yellows and reds add a subtle, lighter tone to the proceedings. During the darker scenes, there is the slightest sign of grain, but it doesn't hamper your viewing, as clarity is continuously superb throughout the film, with no sign of colour bleeding, softness or any edge enhancements noticeable. Presented in a 5.1 Dolby Digital soundtrack, the audio here is good, but is not given the most strenuous of workouts. With the focus solely on drama, this is a film where the audio relies heavily on a powerful score, its atmosphere and the dialogue of the characters and for the most part, they do their job well enough, but they do have their problems. Dialogue suffers slightly during the film as the volume shifts up and down, and is a little inaudible at times. In addition, the back channels don't get much to either, with only the score and music feeding through them. That said, when Vera is out and about, there is good use of background action, but it is limited to dogs barking and the odd car passing by. The score of the film by Andrew Dickson is exceptional, and its simplistic use of string music adds a thoughtful and accomplished tone to the film. The only extras on show here are a cast and crew documentary, in which the principal cast give an insight into the films production, including a fascinating anecdote about a seven hour improvised session, which led to the scene where the police first come to see Vera, as well as comments from the producers, principal crew and director Leigh. It's a short but informative documentary, followed by the films theatrical trailer. A poor package on the whole then, with the film screaming out for a commentary from Leigh and Staunton, something which may be held for a special edition release somewhere down the line. An almost flawlessly made film on all counts, with masterful direction and writing from Mike Leigh, as well as Staunton's awe-inspiring performance. On the technical side, the picture transfer is the best thing on show, with the audio only let down by the lack of work it has to undertake. The extras too are a let down, but the lack of material may be a sure sign that a special edition may not be far off. But, don't let these technical negatives put you off seeing one of the years most moving and heartfelt dramas of the year.