Let there be less bickering between Brock and Venom 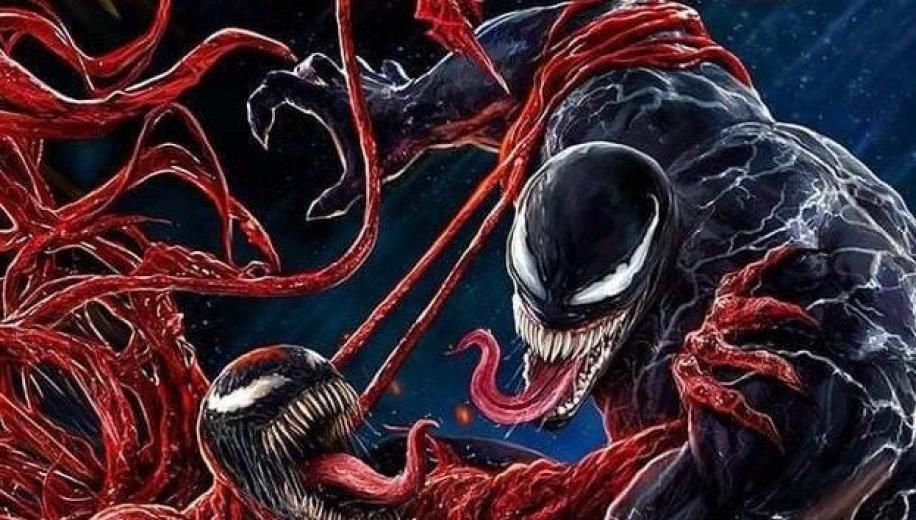 When a movie rests its action scenes on having two CGI creations fight each other, there are a few things you really need to get right. Lighting, choreography and the confidence to hold a shot. The first movie famously fluffed its final moments with a ropey-effect-disguising, flash-cut brawl in the dark between two almost identical slime monsters.

The confusion of its choreography and shooting beat audience engagement into submission and removed any impetus to care about the outcome. So, you would hope that with the sequel, famous motion capture enthusiast Andy Serkis might have the ability to come in and slow down the chaos, inject some focus and deliver a fun horror-tinged superhero comedy. You would hope that…

After the defeat of Riot, Eddie Brock and his secret symbiote, Venom, are on a roll. Teaming up to crack cases with Venom’s photographic memory, eye for detail, incredible power, super-reflexes and Eddie’s… motorbike? But their relationship has become strained and just as it hits breaking point, famed serial killer, Cletus Kassidy enters the frame with a slimy friend of his own.

New additions to the cast Naomie Harris (recently seen kicking her feet in No Time To Die) and Stephen Graham (This is England) add a little welcome variation on the first movie, particularly Graham's detective Mulligan. Returning to the character of Eddie Brock is Tom Hardy, a little more at ease, a little less stiff, and a lot less encumbered by that, let’s say ‘unusual’ accent. Squaring off against him as Kassidy is Woody Harrelson. I would dearly love to write “a scenery chewing Woody Harrelson” but the disappointing fact is that he never really gets to cut loose. Never gets to go as absolutely wild as any discerning cinemagoer would want him to.

It’s not that the film doesn’t have its moments of visual invention or that it forgets to craft a sense of mayhem. It’s that it does so inconsistently

And he should be wild. Theoretically, Kassidy is a famed and feared mass murderer, totally unhinged. The fear he elicits is the binding of a brain eating alien to an irredeemable homicidal psychopath. Added to that is the fact that, when his symbiote takes over, this should be a match between Venom’s pure id and Carnage’s pure ego. But the film is barely interested in that dynamic. That the two are bound by any connection at all is revealed in almost throwaway fashion. But that’s not what audience wants! No, according to this film, they just want more CGI slime. WAY more CGI slime.

Andy Serkis, while an absolutely first rate Second Unit Director on the Hobbit movies, demonstrates again that he lacks the visual flair for carrying a whole picture. Scenes are shot either for pure functionality, or very obviously set up on a soundstage for motion capture blended action. This leaves the film with a feeling of flat lifelessness. It’s not that the film doesn’t have its moments of visual invention or that it forgets to craft a sense of mayhem. It’s that it does so inconsistently.

There’s also an attempt to mitigate this flatness with the type of choppy editing that has become par for the course for action movies, the kind of cutting that leaves the viewer disoriented and annoyed, allowing for no single shot to be taken in, let alone understood in the context of the scene, before slamming into another and another. It could be that there is some interesting fight choreography happening at various points in the movie, though you would be hard pressed to say for sure thanks to the hyperactivity of the action. There is a nice touch with Venom demonstrating some fun wrestling moves shot carefully from precisely the worst angle for the shortest time possible so that distinguishing it as such rests almost on pure luck. A missed chance for a bit of levity in what is otherwise an over-serious, carbon copy of a fight from the first movie.

Missed opportunities seem to be the speciality of Let There Be Carnage. With a screenplay by Kelly Marcel, taking on full writing duties after her team-up with Jeff Pinkner and Scott Rosenberg for the first, there’s something missing from it. Namely consistency of tone. Where the first seemed to have almost no trouble blending the darkness and comedy of the character, Let There Be Carnage opts for a ‘one or the other’ approach. In this, it really nails some laugh out loud early scenes of odd-couple humour between Brock and the Symbiote, but falls short when the darker, horror-inspired elements of the story come into play. Frustratingly, it never really attempts to blend the two in a way that surely must seem second nature for the character, if not the production. There’s never that satisfying mix that was sometimes struck in its predecessor, and it feels like a misunderstanding of tone, not of the film but of the concept, which is odd when considered in light of the fact that Hardy himself, the actor who seemed to effortlessly ‘get’ both Eddie and Venom, gets a story credit here.

...doesn’t know if it wants to be cartoon, action, horror or all three

The film doesn’t know if it wants to be cartoon, action, horror or all three. There’s certainly a lean into the former with a goofy score, wacky violence, the weird talking symbiote heads that float around like a gooey devil on the shoulder. But the film also wants us to take its villain, Carnage, as a serious threat with its 15 certificate (but its distinctly 12A violence.) Sure, Carnage looks the part, all blades and teeth, but whenever the opportunity arises to depict him doing something genuinely frightening, back we go into the editing suite to make sure basically nothing is shown. And not ‘unseen but suggested’ in the way a decent monster movie might play, but ‘this looks cut for certification’ in the way a timid studio desperate to avoid an 18 might.

Venom: Let There Be Carnage is a perfectly serviceable second or third tier superhero movie, a good stop gap for people waiting on a more grandiose or significant entry into the shared Sony/Marvel world, a status that the film appears to know it’s lumbered with, particularly taking into account its final shameless advert – sorry - mid-credit teaser. But if the first Venom was slightly better than you expected it to be, its sequel is likely to be more in line with those first expectations. At least one of the slime monsters is red this time, I guess.

Venom: Let There Be Carnage is out 15th October in UK Cinemas