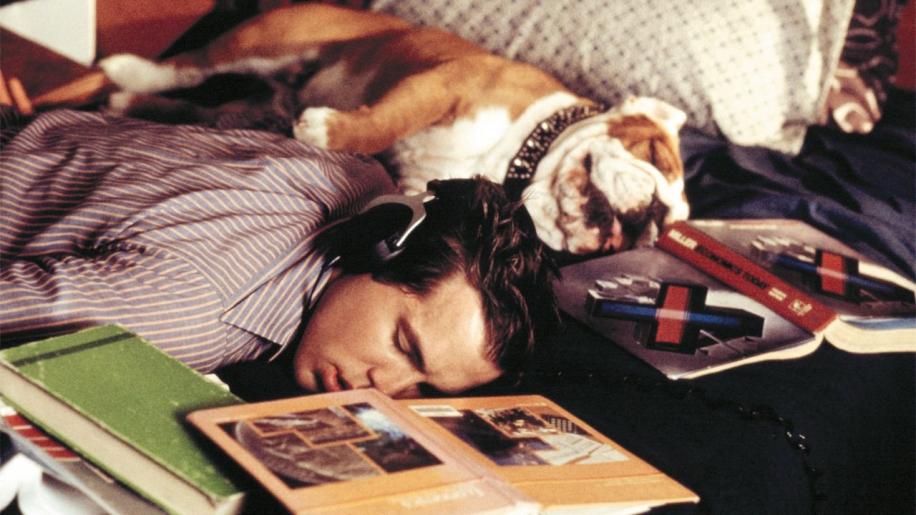 National Lampoon's Van Wilder. Just where do I start with this one? When I heard this disc was on its way, my first thought was “Oh Good! A National Lampoon Movie”. I had seen the Chevy Chase Vacation movies and thought that this would be equally as good. By the end of it, I needed a vacation of my own.

Van Wilder is a campus set comedy in the grand tradition of Animal House (1978) the film that imprinted the National Lampoon brand onto cinema goers conscience. The film follows a year in the life of the eponymous hero Van Wilder (Ryan Reynolds) as he enters the seventh year of his college life. He has no intention of graduating. He is the King of the campus, and is enjoying life so much he has no desire to leave.

Just as he is in the middle of one of his famous parties, his father turns up and tells him he is withdrawing his tuition fees. Van Wilder needs to raise the money to keep himself on the course. Around this time, an attractive journalist Gwen Pearson (Tara Reid) is given the assignment of getting a story for the campus newspaper on our hero. Of course, he falls for her but her medical student boyfriend is determined not to give her up without a fight.

What follows is each male character, with the help of their friends and fraternities, competing to outdo each other with pranks and stunts, and competing to win the girl.

I have tried to be kind. But I am afraid I cannot. Van Wilder is a complete mess of a movie. I am not a fan of the politically correct society, but any film that manages to try and make jokes out of a Japanese pensioner giving a student sexual favours, a suicide attempt, fat men, lesbians, gays, transvestites, and Indians really is pushing the boundaries a little too far. And all the above “jokes” occur in the first five minutes.

From here the film goes steadily downhill. No target is safe from the “humour” in this film, and the makers are not afraid to dig as deep as possible to get a “laugh”. Oh look! Van Wilder's dog has huge testicles! That's got to be worth a running gag. Hey - and we can do a blu ray extra on testicles of the animal kingdom as well! That will be hilarious!

OK, I accept that I am not the target audience for this type of film. I also accept from research on the internet that this film has a sizeable cult following. I apologise if I offend anyone with this review, but I just found it crass and desperate.

However, a reviewer must always be balanced in his opinions and I have to say that amidst the juvenile pranks and humour, Ryan Reynolds and Tara Reid do manage to make an attractive couple. Their acting is not what you would call of a high calibre, but in terms of what they are asked to do, they do a good job. The key role of Van Wilder's assistant, Taj Mahal Badalandabad goes to Kal Penn - he also appeared in Superman Returns (2006) - who does a very good job in a thankless role. Although I was rather uncomfortable with some of the stereotypes that his role seems to present, he is of Indian descent, so at least he comes from the stock he is mercilessly sending up. He also went on to star in the sequel: Van Wilder 2: The rise of Taj so he obviously felt the role was a good one.

My major problem with the film is that any amount of gross out humour can be tolerated if there is some level of sympathy with the characters. One character that you can root for and like. But there is no character like that in this film. The main character is a spoilt little rich kid making his way through life and sponging off others, and the surrounding characters have no redeeming features whatsoever.

Whichever way you try to dress it up, Van Wilder is a crass, vacuous, juvenile film. It has no redeeming features in my opinion, and is certainly one to avoid.