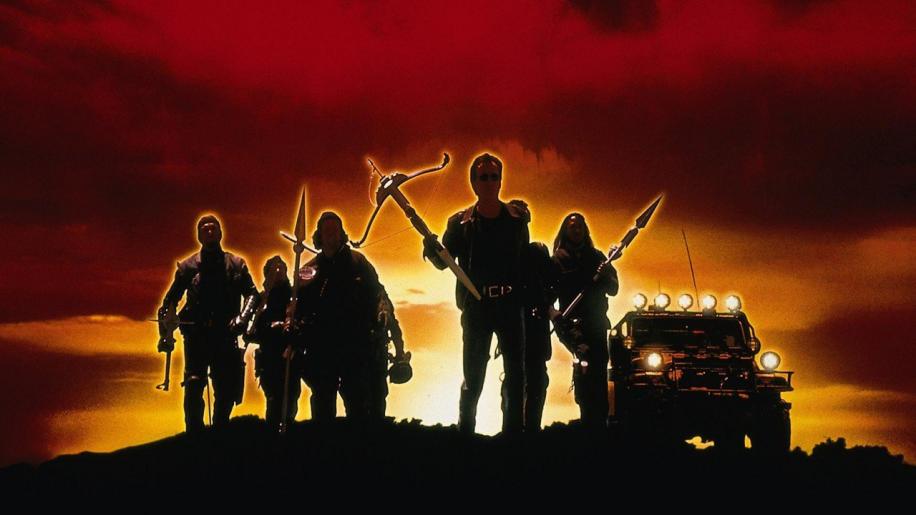 The quality of the transfer here is very good indeed! Side by side comparisons show it to exhibit all of attributes of the original release. Colours are rich and vibrant with deep saturation. A high level of fine detail is on offer that extends to shadow and low level lighting. Black depth is superb!Getting down to the nitty-gritty, the original release does show both compression artefacts and notable edge enhancements. Fortunately these two areas are clearly improved upon with this Superbit release, most notably edge enhancements which only reveal themselves (and mildly at that) on the odd occasion.I feel it is only fair to say, that while the debate as to the real world worth or improvements that the Superbit range offers continues unabated, this Superbit title does indeed offer a higher image quality than it's non-super cousin.

As is common with Superbit releases we have 2 audio options: Dolby Digital 5.1 (448kbs) and DTS 5.1 (768kbs) streams. As a soundtrack it is wonderfully dynamic. The soundstage is both wide and deep; the extensive use of all channels maintaining a holosonic 360-degree soundfield that never feels overly complex. The extremes of the available frequency range are used, with both searing highs and subterranean lows. The centre channel and related dialogue is hard to fault and the front soundstage in general feels a mile wide with homogeny between speakers being seamless.In fact the only thing I would personally take issue with the audio is that whilst the scoring is a typical Carpenter brooding affair, it simply isn't as memorable as other JC films.
Firstly, comparing the Dolby tracks of this and the original release I was not, in a nutshell, able to ascertain any minor let alone remarkable differences. Comparing the Superbit Dolby and DTS options, once again and with ever more increasingly monotonous regularity, DTS was the preferable listen for me. Not sounding so thick in the mid-ranges giving the impression of a less congested and more spatially cohesive soundstage. The LFE channel was tighter, giving the impression of more control and dynamic range whilst retaining all of the lowest octave presence.This was my sort of soundtrack, offering integration and speaker homogeny over “hello, I'm a discrete channel sound effect”. The inclusion of the DTS option here can be considered a bonus as can, in my opinion, the entire movie soundtrack. Great stuff!