Remember remember the third of November 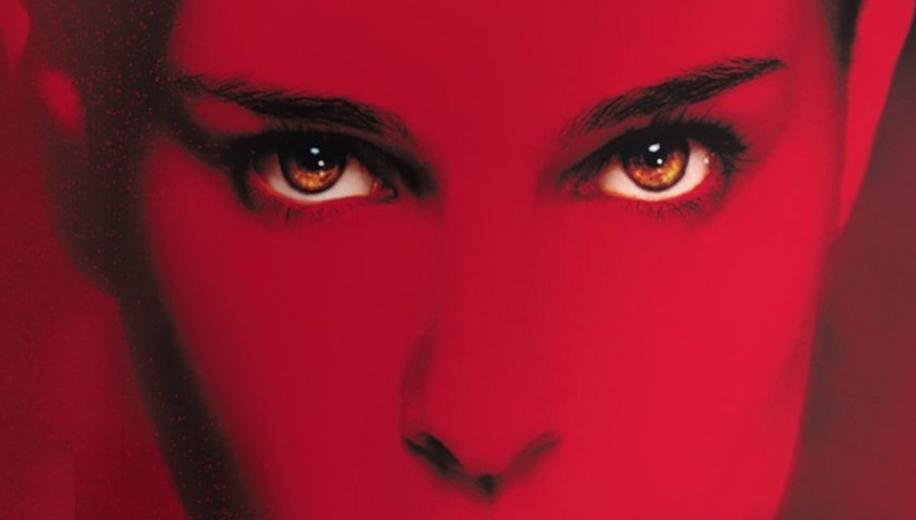 Launched in time for the fireworks - Election or otherwise - the Wachowskis' follow-up to The Matrix trilogy, an adaptation of Alan Moore's seminal, politically-infused dystopian thriller, earns an impressive native 4K release with Atmos.

The works of Alan Moore have seldom been well rendered in the Big Screen live action realm, with perhaps the best adaptation being Zack Snyder's Watchmen, and the worst Stephen Norrington's The League of Extraordinary Gentlemen. Indeed, somewhat ironically given his lack of involvement, Lindelhof's recent HBO Watchmen TV series is probably a contender for one of the best Moore adaptations despite not being based on a Moore story. Probably second in line is the Wachowski's adaptation of his 1988 work V for Vendetta, which Moore has - rather characteristically - disavowed, but which nonetheless represents a solid interpretation refashioned to suit the then-Bush Administration (as opposed to the Thatcherite critique the books levelled). Indeed, it is arguably even more prescient than the book when considering the current Covid/Trump landscape.

Set in the future, a mysterious virus has devastated the United Kingdom, leaving it open for the iron fist of a Neofascist regime to put a stranglehold on the country, reverting to a police state where sexuality and race determines your fate. Elusive anarchist V seeks to break the system, and also get revenge on the people who made him what he is, eliciting them help of a young girl called Evie, whom V hopes will become his protege as he nears the final phases of his master plan.

The movie V for Vendetta introduced a number of elements not in the book - not least the theme of a purposefully unleashed virus used for political gain - which are now, more than ever, strikingly topical. And pretty-much every "face-to-face" with John Hurt's intractable High Chancellor appears dangerously reflective of the kind of behaviour the public have come to expect in American politics at this very minute. Indeed, there are many elements which are relevant to the current global situation, although the Wachowskis still lace it all with their trademark (melo)drama and flourishing flowery language (V's alliterative opening speech is still painfully jarring, Matrix Reloaded's The Architect-style) and clearly struggle to rein in an expansive narrative into a feature-film runtime, again something not uncommon with adaptations of Moore's works (Snyder's longer cuts of Watchmen are considerably better).

A young Natalie Portman just about keeps her head above water in the role of Evie, despite her unnecessary American-doing-a-generic-posh-British-accent, and Hugo Weaving's distinctive cadence carries the Mr. Robot mask-wearing V, whilst the late Hurt has a ball in full dictator mode, and an assortment of other Brit faces pop up like Stephen Rea, Stephen Fry, Tim Pigott-Smith, Rupert Graves and Eddie Marsan. Only intermittently boasting a fully unleashed Wachowski style (there isn't quite the same scale to this effort that you might have expected from the duo who just finished the Matrix Trilogy, and the uninspiring cinematography leaves a lot to be desired), it doesn't quite have a fully-realised steampunk feel either, but nonetheless V for Vendetta is a modestly engaging - if mostly predictable - Guy Fawkes-esque romp which, taken a little bit apart from its source novel (and its source novel's intent), still holds up as a rather prescient look at a dangerous political landscape and the rather extreme actions taken to redress the balance. There seems no better time than now for a rewatch.

V for Vendetta comes to UK 4K Blu-ray courtesy of Warner, with a glorious full-fat native 4K release that looks likely to be identical to Warner's near-simultaneous US release.

V for Vendetta landed on Blu-ray a whopping 12 years ago, and is arguably long overdue an upgrade, with Warner remastering it in full 4K for this release (or, at least, using a 4K master for it, even if they likely had it prepped for some time) and doing a solid job despite some heavily stylised and intentionally dystopian future/past stylisation in the source material. It's a frequently striking movie, but not always a pretty one, portraying what looks more like an alternate 80s/90s rather than the 2027 it's supposed to be, replete with some lavish and decadent trappings but also more than its fair share of seedy apartments and gaudy decor. It's hardly a razor-sharp image, with plenty of grain on offer, but there's a commendable amount of detail that they've pulled from the print, and the grain reminds you that you haven't been robbed of any underlying detail by excessive DNR scrubbing.

The colour scheme is what you'd perhaps expect from a Wachowski future-noir, steeped in murky shadows and occasionally enriched by some striking use of dominant reds, with HDR and WCG working well to afford the colours in the palette a richer, deeper vibrance, whilst celebrating the more striking tones with some gorgeous, popping highlights. Black levels are strong - not perfect, but V for Vendetta can get a little challenging when it comes to perfect blacks, and at least there's none of that distracting crush that creeped in on the old Blu-ray release. It's a very impressive, organic 4K presentation, and that's just what the movie needed.

V for Vendetta's 4K Blu-ray release also earns something of a noteworthy upgrade on the aural front with a 3D object-based immersive audio track of the Dolby Atmos variety, which affords it an engulfing presence that only enhances the intoxicating ride.

A noteworthy upgrade on the aural front

Dialogue remains well-prioritised, coming across clearly and coherently throughout, and largely disseminated across the frontal array, whilst effects enjoy the thunder of gunshots, the stomp of boots on the ground, and even the odd explosion, lapping up some more nuanced atmospherics and even delivering some striking directionality during a couple of the key setpieces - not to mention bringing in the 'broadcasts' from across the array, as if the announcement is spraying into your living room from a ceiling-mounted speaker (which, it kind-of, is). LFE is impressive as all hell, underpinning the entire track, whilst the score remains a pervasive presence, seeping into the movie effortlessly, then sweeping you up during core moments. It's an excellent track.
﻿

Warner do impressive work on the extras front too, not only retaining all of the old extras on the accompanying Blu-ray, but bringing fans some all-new material which makes it onto the 4K disc itself.

Warner do impressive work on the extras too

The new material includes a quarter hour interview with Lana Wachowski looking back at the production, a quarter hour of audition material with Portman, and an archival Making-of Featurette, whilst the old Blu-ray brings a slew of further Featurettes, a Music Video and a Trailer.

V for Vendetta was a critical and commercial success, but that didn't stop acclaimed author Alan Moore from disowning the adaptation. Sure, it may be a liberal tweak on his work, fashioning it into more of a blunt (at the time Bush-administration-targeting) piece of work, but as Moore 'interpretations' go, it's only really bested by Watchmen, and certainly appears particularly relevant in the current political landscape.

There seems no better time than now for a rewatch

Warner's UK 4K Ultra HD Blu-ray release of V for Vendetta - released almost day-and-date alongside its US counterpart not only in time for Guy Fawkes' day but also, rather aptly, the Election - promotes impressive native 4K video and excellent Atmos, as well as a strong selection of both old and new extras, the latter of which make it onto the 4K disc itself. It's a recommended release.