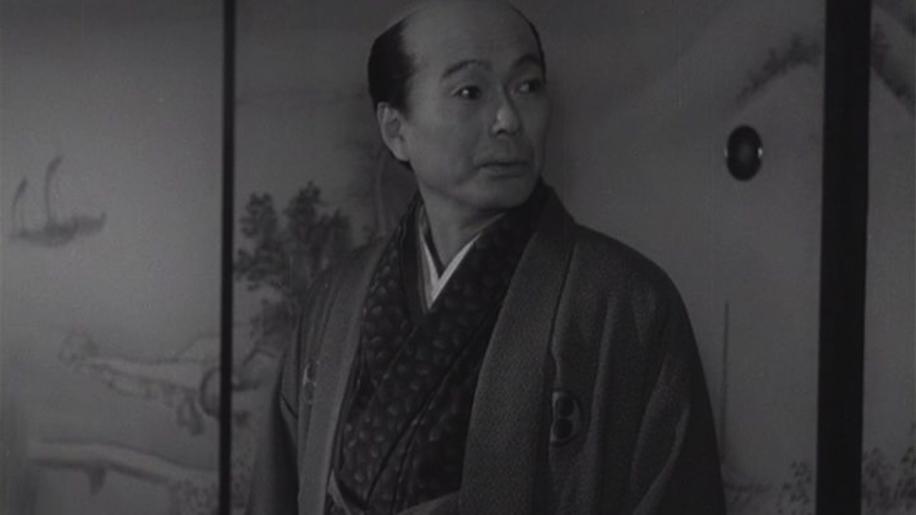 This was originally filmed and presented in 1.33:1 ratio or as is better known, 4:3 full frame. The video is converted as standard definition MPEG-2 and the whole film has been re-mastered from source. Whilst being black & white I must confess to generally being quite disappointed with the lack of contrast and clarity on offer. The blacks appear to be very washed out and very grey and the movie on the whole even after restoration appears hazy. Throughout the movie the right 1/3rd of the image also had a feint discoloured banding that was almost always visible. Much of this is undoubtedly down to the deterioration of the original film and likely discolouring of the film itself. The original theatrical trailer is also included on this disc and you can see from that what the technical guys probably had to work with to try and restore. In that sense they've done a sterling job but it's still short of what you would expect or hope of, for classic vintage films. This film was never a Mizoguchi classic and it appears it hasn't got the full-on restoration treatment as a result. The audio is encoded as Dolby digital 2.0 but is in fact simply taken from original mono-aural source. Toshiro Mayuzumi's score accompanies the movie and adds some interest but as of many movies of this time and ilk, the sound aspects are generally quite sparse. Voices and dialogue remain the mainstay of the soundtrack. It all remains audible and legible enough throughout although all the audio aspects of this disc err towards the tinnier side of things. To be fair when watching foreign cinema of this age you have to make allowance for the fact that audio will very likely fall far short of modern day expectations. It therefore becomes quite important that the subtitling is done well and in such a manner not to detract from the movie but to add to it substantially The English subtitles are done well and it is enjoyable enough following the movie by this means. The main menu gives you the option of watching the movie with or without English subtitles. You also get two extras, Tony Rayn's take on the movie as well as the Original trailer.

Tony Rayn's take on Uwasa no onna - (12mins 41secs) the British film critic and writer best known for his expertise on East Asian cinema gives his views on the film. This is a head on commentary and strangely enough is presented in 1.33:1 ratio as well as being in modern day black & white. Nevertheless it's the content that counts and Tony certainly knows his stuff. He starts by explaining about the title and its translated meaning. He also expends some time talking about Mizoguchi himself as well as his professional relationship with the actors and actresses that he worked with especially Kinuyo Tanaka.

Original trailer - (3mins 13secs) you can clearly see from the poor quality of the trailer the job that went into restoring the film. Uwasa no onna is a graceful yet well performed Japanese drama about a geisha house in Kyoto. It was produced in 1954 as well as being set in the same period of the 1950's and highlights the changes to the fascinating traditions of geisha houses into the then post modern war era of mid-20th century.
The storyline is quite innocent, yet revolves amusingly around an older woman's desire for a young upcoming dashing doctor who is then ironically upstaged by her young daughter. However, Kenji Mizoguchi was not considered as a master of Japanese cinema for nothing and there remains more sewn into the fabric of this movie than what appears on the surface.
Uwasa no onna is actually made available as part of a two-disc set coupled along with Chikamatsu monogatari. The original film in truth was never considered as one of Mizoguchi's masterpieces. As such, if the viewers expectations are suitably kerbed the likely disappointment otherwise may turn into a pleasant surprise. Availability as part of a double disc set may also help to make a purchase more worthwhile. Whilst Eureka have done a fairly reasonable job in restoring this film I would imagine prospective purchasers would be considering buying this film in order to complete their collection of Mizoguchi works.