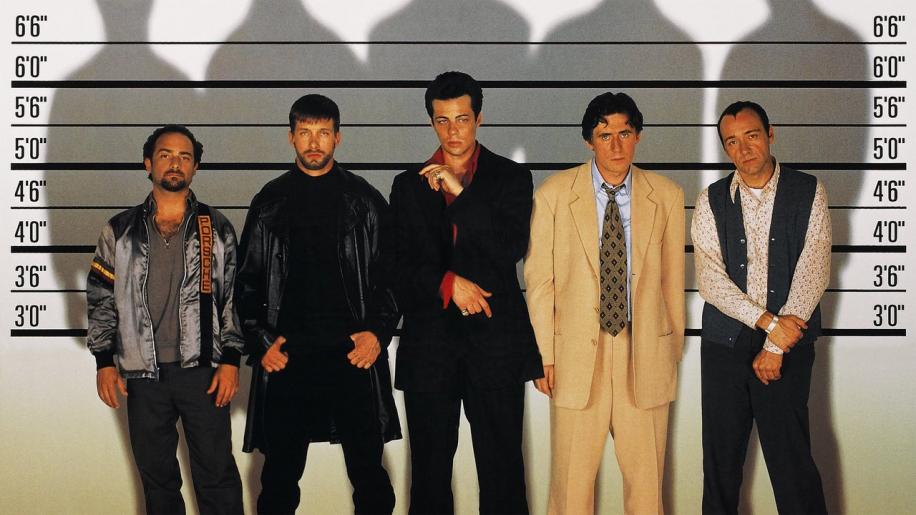 MGM's Special Edition boasts a new anamorphic transfer of the film's 2.35:1 aspect ratio. While there is some slight grain in the image, the transfer is free from digital blemishes and relishes the opportunity to show off what it can do with the high contrast lighting and subdued colour palette. Textbook example of how to transfer a film to DVD.

As shown by the fact that the film has already turned up twice on DVD with a stereo audio mix, The Usual Suspects isn't really the most demanding of films when it comes to an audio mix. Even so, MGM has done a fine job crafting a new Dolby Digital 5.1 track which opens up the slightly claustrophobic nature of the film with subtle ambient effects, and adds extra range to John Ottman's mesmerising score.

This two-disc set features: two audio commentaries (one by Singer and McQuarrie, the other by composer/ editor John Ottman); a superb two-part retrospective documentary with input from all of the principal cast and crew members; a featurette on the enigmatic Keyser Soze; an original 1995 promo featurette; a third featurette following the film's debut at Cannes; a gag reel; interviews, outtakes; five deleted scenes with an introduction from John Ottman; the international trailer; the US trailer with an intro and eight TV spots.It's been far too long coming, but at last the definitive version of The Usual Suspects arrives on DVD.