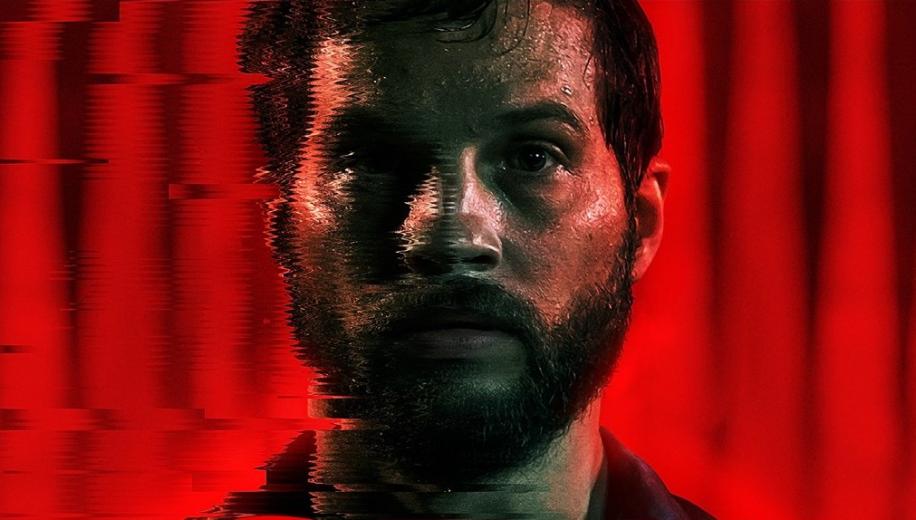 Though clearly based in classic science fiction territory, this violently memorable film goes to some pretty dark horror, satire and thriller places for good measure.

When we meet him, Grey (Logan Marshall-Green), likes things a bit retro: give him soul music over techno any day, muscle cars over smartphones. By contrast, his wife Asha (Melanie Vallejo) is all about the mod cons, from self-driving cars to intelligent homes. Unfortunately for her, it turns out there are a couple of dangers of going totally AI; while attempting to reach shadowy tech-savant Eron (Harrison Gilbertson) their souped up car runs somewhat erratically off course, slamming the couple headlong into a world of danger.

The result is that Eron makes a now-quadriplegic Grey a tempting offer. An underground team of surgeons insert a miniscule gadget – STEM – into Grey’s spine, which miraculously grants him the ability to walk. The implant also comes with an unusual side effect – it has a mind of its own. Grey, and STEM, make it their mission to get to the bottom of the catastrophic accident that changed everything and seek revenge.


This is the fabled rise of the machines.

The film’s storyline is ridiculous, yes, but it’s also extremely current and relatable – after all, with so much ‘wearable tech’ out there now, is it really so far-fetched that some shady criminals are going to start hacking into our smart watches and app-controlled washing machines? We’ve all heard horror stories of Alexa allegedly going rogue, and there was a recent well-publicised instance of a self-driving car killing a pedestrian.

This is the fabled rise of the machines, but worse – mix in some gore, some irony and some very on-the-nose criticism of the modern lifestyle and Upgrade is a brutal, clever and incredibly timely movie.

It shouldn’t come as too much of a surprise that a Lee Whannell (who wrote three of the Saw films) throws in some moments of excruciating bloody action, and there are also a few moments of wry humour that really keep the film ticking. Whannell is the perfect director for this film, with action sequences the right balance of narrative and action, a winningly excessive amount of brutality and plenty of jarring camera work from cinematographer Stefan Duscio that never quite lets you get comfortable. Though Upgrade always seems aware that it’s dealing with a bit of a silly story, it’s got a great sleazy realism that keeps the audience well and truly engaged throughout.


Upgrade is a brutal, clever and incredibly timely movie.

But Whannell really is the star of the show here – having brought to gruesome life a fairly original story (you could argue it leans quite heavily on classics like RoboCop or Death Wish) that manages to weave elements of horror/sci-fi lore with a super-current topic and feel. It’s silly, it’s violent. It’s not all that revolutionary, but for all its reliance on well-worn standard tropes, it’s achingly fun. In all, Upgrade is likely to be a cult classic in the making – it’s almost reminiscent of a truly coveted B-movie from the eras of classic horror.

Good horror is all about tapping into the audience’s worst nightmares, and there’s certainly a very real and collective fear of AI gone bad. In fact, it’s more than likely that at least one person in your screening of Upgrade will be wearing a smart watch or some other ‘smart’ device; I’d give them a wide berth as you’re exiting the screen, just in case.