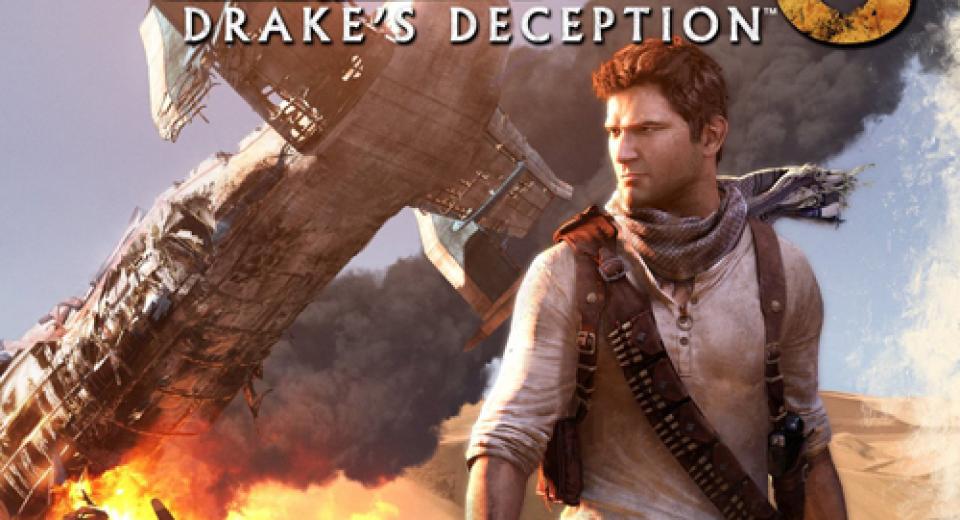 Remember those days back on PS1 playing one of many Crash Bandicoot games? Damn right you do, but it’s funny to think that the same company is making one of the best-selling third person games on PS3 today. We know what Naughty Dog are capable of, we’ve seen their titles shine for years on different systems and spanning different genres. You only need to look at Uncharted 2: Among Thieves to see what they got out of the PS3 in the last outing.

Sony have more than likely banked on Uncharted 3 bringing in the fans before the rest of the games released in the build up to Christmas. It’s another exclusive blow to Microsoft and, if Naughty Dog have expanded upon the series from last time around, then it will be a guaranteed success. So has Drake improved over the past couple of years?

If you take the time to flick over the box for Drake’s Deception, you’ll notice quotes such as, “Gripping drama and blockbuster production values” and, “Uniquely cinematic online multiplayer.” If they’re not two bold statements that say, “Look at what we can do that others can’t” then I don’t know what is. As arrogant as this may be, it is much more so accurate. Right from the start, the story kicks off in spectacular fashion. In that respect, Nathan Drake hasn’t changed one little bit. When you begin the game, Nathan and his stalwart buddy Sully are thrown into the arms of trouble almost immediately. A bar room brawl sees them get on the wrong side of new foe Kate Marlowe who, much like Drake, is seeking fortune from a lost city in the middle of the desert. After you exchange unpleasant remarks and a few punches, she gets the upper hand over the duo and makes a hasty exit. You can see where this one is going can’t you? Navigating across the globe, you fight off one another in an attempt to find the lost city first.

From a rough pub in the backstreets of London, to a ship graveyard overrun by pirates, you will never be short of a sense of adventure with some sublime vistas and attention to detail. Despite having an overall linear feel, Naughty Dog allows you enough exploration to make the game feel more open without deviating too far from the main path.

The way in which you get around each location is much the same as the previous two games; you jump, swim, dive, swing and shimmy to reach your target location. As a way of indicating where it is you can, and often should go, ledges that you can utilise are painted yellow which suits the game rather well. Think of it more as a subtle nudge in the right direction rather than a massive box saying ‘over this way dumbass’. As your location changes, so do your enemies and the methods they use in an attempt to quash the threat you pose. After a while, you do begin to see familiar patterns in their appearance but they are all just as ferocious as each other. You start by fighting off men in black suits shortly followed by evading Yemeni police and, literally, wrestling with rum-drinking pirates.

There’s an on-going trend within the industry at present and that is multiplayer oriented games tacking on a single player mode (Battlefield 3) and mostly single player games adding on an online mode, which Uncharted 3 has followed. The modes feel a lot tighter than in the previous game, but there are much the same issues online as there were before. Enemies take too much punishment before they die and the hand-to-hand fights are a bit unbalanced at times, leaving the initial attacker dead, even if he had the most health.

For those who have the inclination though, they will find this mode to be quite enjoyable if given the time, whilst the implemented co-op modes more than make up for the competitive multiplayers’ shortfalls. Branching off from the main story you can complete missions with friends or strangers or you can fight off hordes of enemies together to show off how far you can get to your rivals. The customisation online is great too, with changeable clothes, weapon accessories and perks, so there’s definitely plenty of reward for pouring hours into these modes. The main campaign, played on normal, will take around nine hours or more to complete, depending on how much exploring you do and how often you have to pick your jaw up off the floor because of the stunning vistas. Equally adding to the game’s longevity is how often you will have to replay certain areas due to the frequency of deaths encountered throughout. Those who are brave enough to attempt a Crushing mode playthrough are to be warned; you will get frustrated with the title and expect to ‘rage quit’ on a regular basis.

When all is said and done, Uncharted 3 is an excellent title that must be played by gamers across all formats. You could even get as much joy watching someone else play this as you could playing it yourself, so there’s very little excuse not to witness it at some point. But don’t be fooled by its looks, the game is not perfect although it is somewhere pretty close to it.

Uncharted 3 takes the series’ best bits and turns up the excitement factor by ten. Full of gripping gameplay, amusing dialogue and a story that twists and turns, Drake’s latest outing is by far his best. The copy-and-paste enemies and niggles with the control scheme hardly detract from the title’s appeal, and the online play will surely add longevity for those who can access the PlayStation Network. Game of the year contender? Most definitely.