Now this is what immersive audio should sound like! 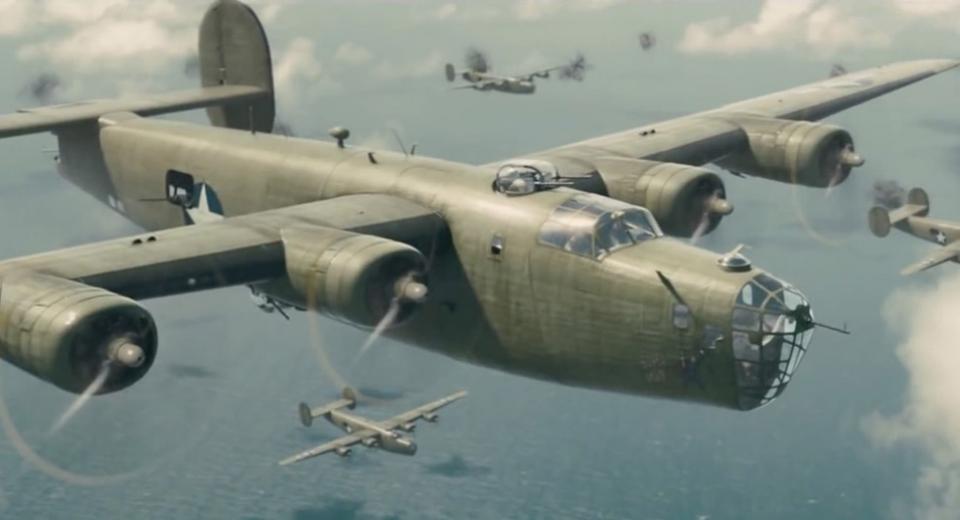 With her second film Unbroken Angelina Jolie has joined the growing ranks of stars who have made the successful transition from actor to director.

There's no doubt that Jolie has real talent behind the camera and she has always been more than a pretty face. However Jolie's obvious intelligence is sometimes tempered by her over-earnest nature. This is evident in Unbroken, her second film as director, which tells the remarkable true story of Louis Zamperini. Not only was he an Olympic athlete who competed at the 1936 Berlin Olympics but he also flew bomber missions in the Pacific. If that wasn't enough, he survived 47 days at sea in a life raft before being 'rescued' by the Japanese and surviving appalling treatment at the hands of his captors. There's really too much story for one film and concentrating on any one part might have been enough. In fact there's even more story to tell with Zamperini later turning to Christianity and eventually forgiving his captors.
He even ran in the torch relay as part of the 1988 Winter Olympics in Nagoya and only died last year. The problem the film has is that as a character Zamperini seems too perfect, stoically enduring all the punishment thrown at him. The lack of any human failings makes it hard to sympathise with him as a real person and thus feel an emotional connection. Instead the story feels almost Christ-like and this connection is made all the more explicit by all the Christian symbolism Jolie throws in along the way. Aside from Jolie's direction, there's also an impressive cast headed up by British rising star Jack O'Connell ('71) and even a screenplay by Joel and Ethan Coen. However you ultimately can't escape the simple conclusion that with all the talent involved, Unbroken really should have been better. The Blu-ray disc we are reviewing here is the region free US release of Unbroken, however since the UK release was also from Universal Pictures and the extras and specifications are the same, there shouldn't be any differences. The film is presented at 1080p/24 in its theatrical aspect ratio of 2.40:1, is AVC encoded and there's certainly nothing broken about this disc. Unbroken was filmed digitally by famed cinematographer Roger Deakins using Arri Alexa cameras and the results are spectacular. The film is beautifully composed and shot, with the big effects sequences such as the opening bombing raid and the 1936 Berlin Olympics being perfectly integrated.


The film was shot digitally and the transfer reflects this with a near reference presentation.

The film takes place over a number of years and in number of different locations including Louis Zamperini's home town, two different Japanese POW camps and of course at sea when he is stranded in a life raft for 47 days. All of these sequences are wonderfully captured by Deakins and the disc's high definition images perfectly replicate the film's photography. There is plenty of detail in the frame and the black levels and shadow detail are excellent. Colours always appear natural, with excellent flesh tones, and the transfer is almost completely free from any digital artefacts or banding. In fact it's a near reference performance that is perfectly complimented by the film's astonishing soundtrack. It's good to see that even though Unbroken is only her second film as director, Angelina Jolie understands what an important part the soundtrack plays in the film viewing experience. At the cinema Unbroken had both an Auro 11.1 and a Dolby Atmos soundtrack and the latter has been ported over to the Blu-ray release. We reviewed the disc using a full 7.1.4 Dolby Atmos setup with genuine overhead speakers and all we can say is - wow! The film had three Oscar nominations and two of them were for sound, both of which we feel were completely justified after hearing this soundtrack.


Unbroken's Dolby Atmos soundtrack is quite simply one of the best we've ever heard.

For the first time we really understand the full potential of an immersive, object-based and three-dimensional sound mix. The opening bombing raid is a masterclass in sound design and you really feel that you are in those planes with the crew. There are rattles all round you and the constant low frequency drone of the engines. Then the flack starts, exploding in a three-dimensional space around the room before Japanese Zeros all start flying around you, including overhead. Then the gunners start firing and the sub kicks up a gear and bullets tear through the fuselage and our home cinema. All this takes place in the first ten minutes of Unbroken but already it was one of the best and most visceral surround mixes we had ever experienced.

Later in the film the protagonist is strafed by a Japanese plane whilst in the water and again the sound mix totally immerses you, whilst the fire-bombing of Tokyo is a terrifying ordeal. There are also numerous instances of planes flying overhead and when a flare is fired on a number of occasions there is a genuine feeling of it exploding far above you. However Atmos didn't just improve the action set pieces, there were plenty of other areas where the immersive nature of the audio drew you into the film, from rain and other atmospheric effects to general ambience and Alexandre Desplat's excellent score. Unbroken really shows the potential of object-based audio in the home and is the most effective Dolby Atmos soundtrack that we have heard to date.

The extras on the disc are all presented in high definition and with stereo audio:

Deleted Scenes (15:44) - There are 10 deleted scenes of varying length and they can be viewed individually or consecutively using the play all option. Although many of these scenes are entertaining in their own right, none of them add much to a film that already had too much story to tell.

Inside Unbroken (27:23 in total) - This ‘making of’ documentary is divided into three sections:
Fifty Years In the Making (05:44) This first section covers the film’s long journey through development hell, with Universal first optioning Zamperini’s autobiography in 1956. However it’s the popularity of Laura Hildebrand’s biography which led to Angelina Jolie’s involvement and the film finally getting the green light.
The Flight of a Storyteller: Director Angelina Jolie (11:45) In this section the star provides a general voiceover and interview which focuses on the making of the movie. Jolie comes across as genuinely sincere and humble, and the film itself is clearly a labour of love for her.
The Hardiest Generation (10:13) This final section pays tribute to those fought in World War II and especially those who actually did survive their time in a Japanese POW camp.

Prison Camp Theatre: Cinderella (06:29) - This featurette relates to a sequence where prisoners dress up and provide theatrical entertainment to the camp. Whilst this sequence was based on true events, we’re not sure it warranted its own featurette and it is rather reminiscent of It Ain’t Half Hot Mum.

Cast and Crew Concert Featuring Miyavi (07:42) - The character of ‘The Bird’, Zamperini’s main tormentor, is played by actor Takamasa Ishihara, who is also a pop star in Japan where he’s known as Miyavi. In this featurette he provides live entertainment for the cast and crew during a break in filming.

Louis’s Path to Forgiveness (06:43) - This segment explores part of the story that isn’t even touched upon in the film, which relates to Zamperini’s post-traumatic stress and battle with alcoholism. It’s a shame, as this shows that Zamperini was far from ‘unbroken’ by his experiences and their inclusion would undoubtedly have made it easier to empathise with his character. Zamperini ultimately finds peace through his Christian faith and learns to forgive his Japanese captors. Unbroken is a worthy attempt to tell an astonishing story that ultimately fails because the audience is unable to emotionally connect with a lead character who doesn't appear to have any human weaknesses. This is a shame because Louis Zamperini's life is full of incredible experiences, many of which the film doesn't even address, and he certainly had his own personal demons. The film is reminiscent of The Railway Man, except that movie did a much better job of covering its real life protagonist's experiences in a Japanese POW camp, his post-traumatic stress and how he learnt to forgive his tormentors. Whereas with Unbroken we have a film that, like its director, looks lovely and has good intentions but ultimately feels like being asked to sponsor an acquaintance's charity fun run.


The film has faults but the superb picture and stunning sound certainly make it worth buying.

Any doubts we may have about the film certainly don't apply to the US Blu-ray release of Unbroken which is excellent on every level and since the UK release appears identical there's no reason not to expect the same performance. The digitally captured images by cinematographer Roger Deakins are beautifully replicated on the disc, with an almost reference level of picture quality. However it's the Dolby Atmos soundtrack that steals the show, with one of the best designed and most immersive audio mixes we've ever experienced. There's a decent of extras as well, some of which delve into areas that really should have been covered in the film and the result is a great all-round package. If only the film itself was better...


You can buy Unbroken on Blu-ray here