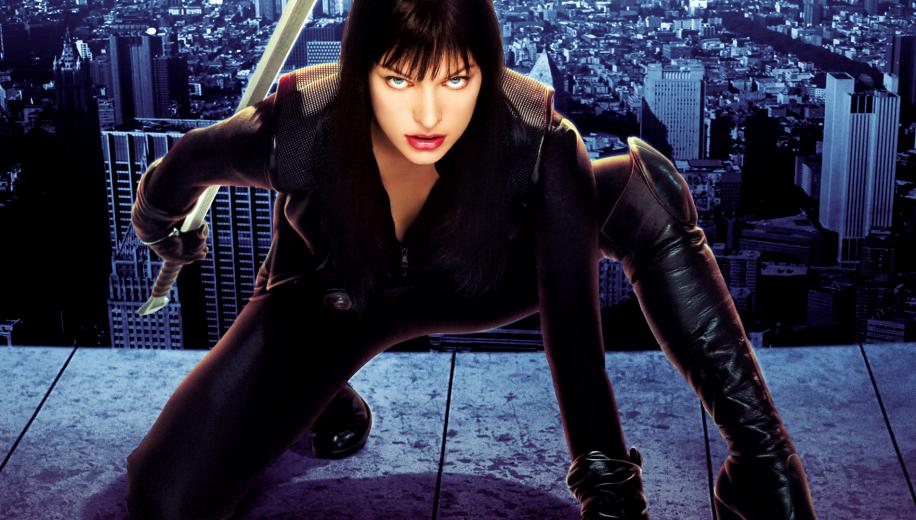 The disc has been given a theatrically correct 1.85:1 aspect that is anamorphically enhanced for widescreen TV's and something isn't right with the detail. The film is plastered with CGI, in places coloured too. Much like Sky Captain and the World of Tomorrow (2004), everything is digitally softened, but unlike Sky Captain it looks out of focus. Personally I think it looks bad, however, this is a stylistic choice and this is how it is intended to look, as such, it should be considered excellent. Once (if) you get past this everything else is fine, colours are suitable bold and striking, a little red bleed but nothing to get het up about (might be an artefact of the softness too), contrast and brightness are set to give deep true blacks; just take a look at the final battle sequence for confirmation. Digitally there was a little posterization in places and the merest whiff of edge enhancement otherwise a clean bill of health. Shot in Hi Def means an absolutely pristine print, a shame then about the detail which really lets the side down. So my mark indicated the quality of the transfer even though I didn't personally like it much. Only the one sound track to choose from, an English Dolby Digital 5.1. It is pretty decent all round, with a good range and pretty strong bass. The music uses all of the speakers, and they get a thorough work out, best separation and effects here too. Ambient sound is confined to gun shots and explosions, some of which were a little weak, compared to the booming music track. Dialogue was suitably tonal, and managed to stay audible; though the voice over was a little quiet. In all better than average. Two extras on this disc: the first is an audio commentary with Milla Jovovich which is like, you know, really cool and wow, like, totally yeah. When in fact it's not. You want to listen to long pauses, and a dizzy blond? - be my guest. I made it about a quarter of the way though before resigning, like. The second is a four making of featurettes that can be played individually or all together for about half an hour. Far too much film footage, and all rather film promo than information for my tastes. Most of the cast and crew get something to say and all are praiseworthy of Wimmer. He doesn't make an appearance. Not surprising, really, considering. Apparently Ultraviolet was written with Jovovich in mind for the part as 'she was the only one who could play it'. Not so - Jenny Garner could have, and done a better job I'll wager. I don't count the previews as extra content, sorry. Ultraviolet is a trash film, not the worst film out there, and not the worst way to spend ninety minutes. Expect little and you shouldn't be disappointed. Though as a DVD there is little to enthuse about, either. That dreadful softness in the picture is helped by reasonable sound, but let down by pitiful extras. I expect it will find its audience, but I wonder if some hopefuls will hold out for a 'directors cut'?