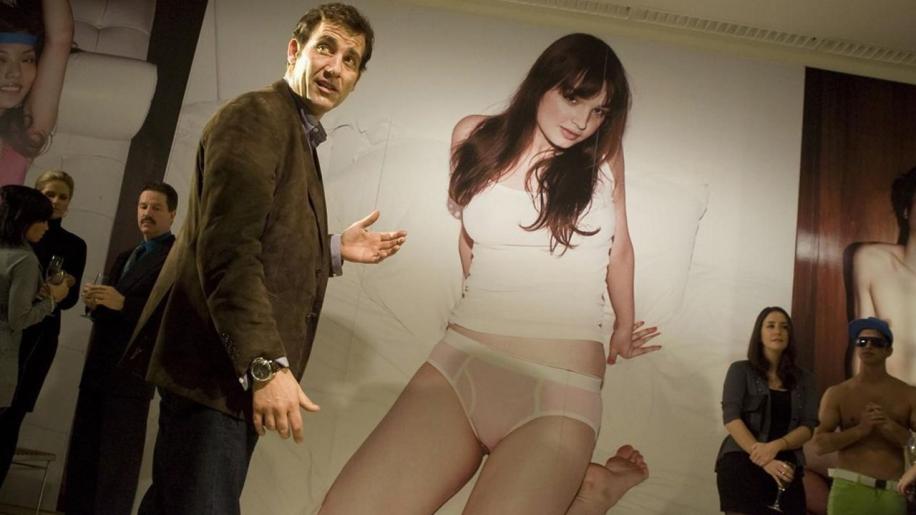 Technology, across the ages, has changed the way we live our lives. From Radio to Cinema to TV; from home phones to mobile phones; from work computers to home computers to laptops, with the internet, particularly wireless connections, now enabling us to communicate with practically anyone, anywhere. It’s a progressively brave new world. But aside from the passive backwards step that so-called social networking sites, text messages and instant messages (doesn’t anybody pick up a phone anymore?) have prompted us to take – we may well be in communication with more people than before, but we communicate far worse – these are comparatively minor gripes in an age where nobody could do without their mobile; without the internet; without this technology. It’s that fundamental to our lives. Unfortunately, it does come with a price. This mobile phoning hacking scandal that surely only goes to show us that, should 1984’s Big Brother ever really exist, he’s not going to plunge the world into monochrome prisons and have the police arrest us for no reason; instead he’s going to read your emails/cookies and figure out what ads you’d like to appear in your internet browser based on your purchase history; surreptitiously add and subtract from your credit rating whilst you blissfully sleep; and, in these more extreme times, read your text messages and see if they would make good press. And that’s just what the Government, and Big Business get up to. Yes, it can get even worse.

The internet may have brought people together, but it also brought the wrong people together as well – it must be easier than ever for paedophile rings to operate, to chat to, befriend, and lure their intended prey through a plethora of seemingly safe forms of modern technology: twitter, facebook, meebo, beebo, whatever-the-hell-else-bo. It feels like children have phones before they can even walk these days – and I understand the reason: it’s in case they need to call for help; but the trouble is that parents no longer have any control over the communication side of things. Now, you don’t know who your kid is chatting to on skype in the middle of night. Hell, they may not even know – just a username and a funny avatar, and a common interest in gaming. But, those one-in-a-thousand (or even greater odds, who knows) opportunities for the wrong people to chat to your child? Well, they just wouldn’t have been possible even twenty years ago – back then, the creep would have had to phone your land line and risk dad answering.

The 2011 movie Trust is the first of two cinema release that I’m reviewing this month that are totally off everybody’s radar. My review of The Tree of Life, Terrence Malick’s latest masterpiece, will be posted in a matter of days, if not hours. Obviously it’s difficult to compare these two films, but they do have a couple of things in common – they were both made for a comparatively low budget, and they both faced fairly ‘limited’ wide release. The Tree of Life played in my local cinema for little over a week, and I only happened to catch Trust on a chance trip to the City. And they both deal with very personal subject matters – perhaps even personal to the writer/directors behind them – relating to family interaction. Trust is unquestionably the lesser of the two movies, but it is nonetheless remarkably poignant and thought-provoking, which, in a summer full of trashy (and this time, not very good) blockbusters like Transformers 3 and Pirates 4 and Comic-book superhero issue #41, perhaps that’s exactly the antidote some people need.

14 year-old Annie is always texting and IM-ing; she has conversations with half a dozen of her contacts at any one times, talking about everything in her life – from her first bra to her school volleyball tryouts. Amidst them is a guy called Charlie, who she met online. I say ‘guy’, he’s supposed to be sixteen, but, after getting to know him (in as far as children assume they know people they’ve never met but know over the internet), he breaks the news that he’s actually not in high school, he’s in college. He’s twenty. Shocked, he pleads for her forgiveness, and life goes back to normal. A few hundred texts’ later, he reveals that he is even older, a 25-year old grad student. Annie is shocked again, but gets over it eventually, and their communication resumes – this time becoming sexual in nature. She’s up late at night, on Skype, or instant-messaging, with a person she assumes herself to be having some kind of friend/relation-ship with. When he persuades her to meet him, the real truth comes out; but by then she’s too far gone, committed to a relationship that never really existed in real life, with a person who wasn’t who they said they were – and thus also never really existed in real life. It was all a fantasy, and the real world is about to come crashing down on her and her family.

I have to say that Trust isn’t the kind of the movie that you really need to take a trip out to the cinema to see. It’s a surprisingly touching, honest, and at times brutal look at teenage life, lost innocence and damaged family as a result; but David “Friends” Schwimmer’s sophomore directorial outing plays out more like the kind of production that would feature as a one-shot drama on the BBC – a very effective one at that, but a TV drama nonetheless. Aside from the glossy, modestly budgeted look to the film, the only thing that notably pulls the picture out of standard TV formatting is the presence of Clive Owen, who appears to be capable of making the most of even the least likely role. Considering he was once a contender for James Bond, and that he’s done a number of significant and underrated movies (The International) in amidst some enjoyable, but ultimately more throwaway efforts (Shoot ‘Em Up), it’s a little surprising to see him return to what is, essentially, glorified TV work, but his presence here is nevertheless something of a blessing, elevating the proceedings with every scene that he plays in.

The other surprising star of the show is the young actress who plays the 14 year old victim – Liana Liberato, who was little over the age of her character at the time of filming, and who has received acclaim at the festival circuits as a result of her performance here. It’s a brave one at that, and she encapsulates everything that you may expect from a young girl in this situation – the fear, the curiosity, the affection, the discovery of sexuality, and the pressures of peers to no longer be a virgin. She goes through all the stages – embarrassment, horror, denial etc. – in a remarkably well-rounded role that is the central to the proceedings.

Some have remarked that, should Trust have been played to a wider, more teen-based audience, it would have potentially served as an effective warning against the dangers of the internet, of communications with strangers (whether or not you know their username, or have exchanged a dozen messages with them, they are still strangers!) and of the predators that are out there who prey on vulnerable victims. Personally, I’m not sure many teenagers would learn any life-lessons here, but on the off chance that a few would, then that is commendable in and of itself. Probably more likely would be the effect on adults – parents, namely – who would perhaps see how their ability (or inability) to deal with the crisis often has as significant an effect on their child, as the incident itself. In Trust, we see the dad do what any average father would do – shout and swear and hound the authorities to find the culprit, scour the internet to find anybody who lived locally who was on the sex offenders’ register, and fantasise about getting brutal revenge against the person who did this to his child. He simply can’t understand why the daughter is in denial; why the daughter is struggling to come to terms with the whole thing – even making it out as if she is in love, and as if the ‘union’ was a consensual, mutually-desired one. For a 14 year old girl, statutory rape doesn’t mean anything – for an adult, and for the courts, it’s clear that the laws against statutory rape were established for the purposes of protecting those who don’t have the capacity to give consent – minors especially. But it’s difficult to tell a 14 year old girl “you don’t yet have the maturity to make these kinds of decisions, so therefore we make them for you”, as perhaps any parent knows.

At the end of the day, Trust flew through the cinemas practically unnoticed under the weight of Hollywood blockbuster bombast that is the mainstay for the summer. And that’s not such a bad thing – this is the kind of movie that would better suit a small screen, with time to digest and ruminate over it afterwards. It’s lucky then that the film is being released on home format later this month in the US, and at the end of August in the UK. It may not jump out at you as being a film to watch, but if you’re a parent, there is a decent message on offer here – and one which comes devoid of any of the usual condescending platitudes and saccharin-sweet developments. For that, it deserves to be commended.

David “Ross from Friends” Schwimmer’s sophomore directorial outing is a surprisingly honest, and, at times, brutal tell-it-how-it-is drama that explores the damage done to a family unit when a young girl is seduced by a predator using the anonymity of the internet to masquerade as a younger suitor. Although lauded at festivals, and cited as a solid warning shot that could be used to teach a life lesson to teens across the globe, I personally think it would have better suited the TV format – perhaps, say, as a quality BBC drama – rather than this, a fleeting attempt at Big Screen promotion, which saw it getting a very limited theatrical run. But that doesn’t, for a second, make it any less worth your time. Driven by another great performance from the ever-reliable Clive Owen, and a standout contribution from teen actress, Liana Liberato, parents with younger children – anything up to a teen – are going to want to see this at least once and perhaps even have their eyes opened on the subject-matter.