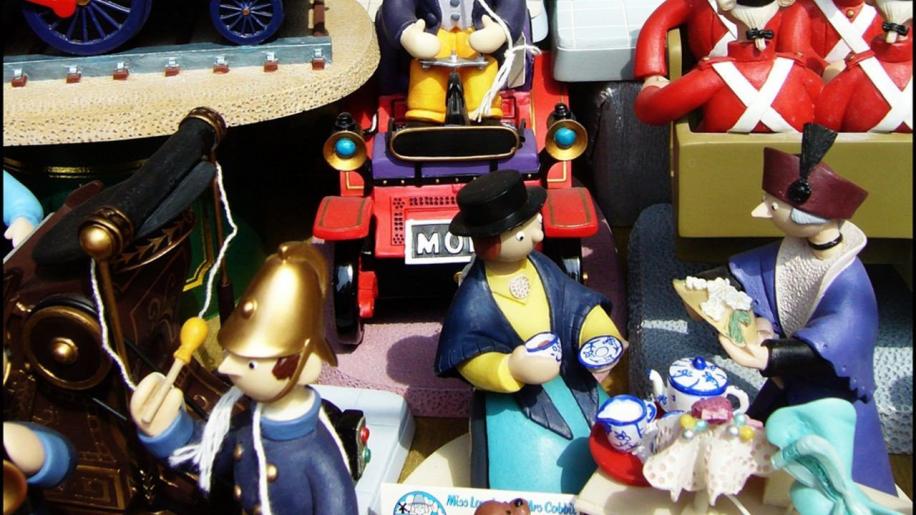 The disc has a 1.33:1 full screen picture that has been digitally restored, but let's not forget, this is a forty year old TV show. There are some problems, first and most annoyingly the picture wobbles; this is most pronounced in the first episode, it is particularly bad, from the second episode on thing improve dramatically but there is always a hint of a wobble there. Colours are reasonably bold and solid and only tend to thin due to the constantly fluctuating contrast and brightness level that can never seem to remain the same, sometimes between shots of the same scene, let alone between episodes. Despite the cleaning and enhancing there are still patches of print damage as well as film grain, but thankfully there are no digital problems. In all a rather poor picture, but I guess I couldn't be any better, a shame. Only an English Dolby Digital 2.0 Mono track to choose from, it too has been through the clean up process and to much better effect, though the background hiss is never fully eliminated. Cant's voice is suitable reproduced though, a little on the tinny side, but liveable; the songs come across with a good enough range though. The track gets its information across well and is never a chore to listen too. Apart from a section devoted to trailers there is only one extra a three minute interview with Gordon Murray himself, unfortunately this is not Trumpton specific, rather a discussion on stop motion animation, though there is a little behind the scenes footage, but unfortunately it is just too short to be of any worth. Trumpton is a joy to watch, to transport you to a time long ago, it is a pity about the picture quality and distinct lack of extras otherwise this would be an essential purchase.