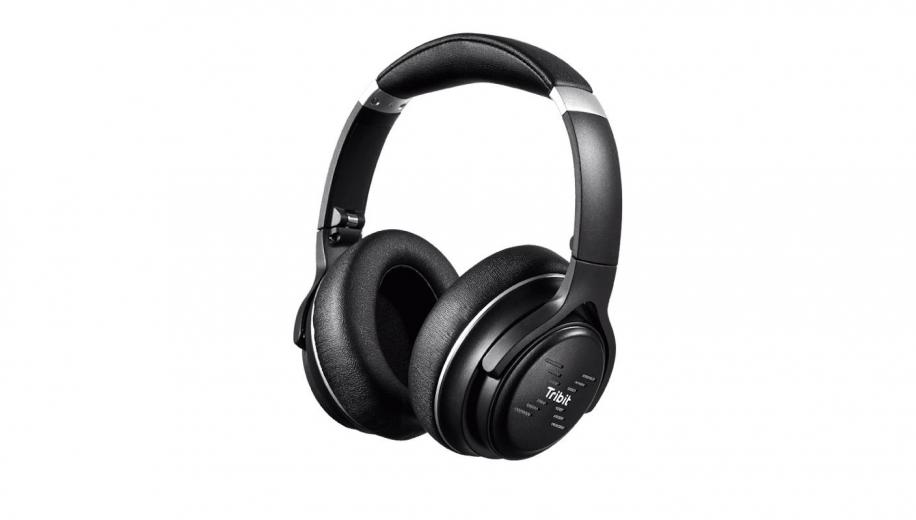 What are the Tribit XFree Go Wireless Headphones

Wireless headphones are everywhere these days and if you look on one popular website you can find them starting from around £15 to many hundreds of pounds, sporting all kinds of features and covering brands that you likely won’t have ever heard of. With everything made in China these days, including every phone on the planet it seems, gone are the days of a Chinese equivalent being considered cheap and nasty. The Chinese brands have come a long way.

Our review item today is from one such Chinese brand, Tribit. A name we would assume is not on the tip of everyone’s tongue here at AVForums, but it is a brand that offers a wide range of audio products with good features at very reasonable prices.

Their XFree Go Wireless Headphones are available for just under £30 and offer a decent set of features for the price. With play time of up to 24 hours from a single charge, 40mm drivers, Bluetooth 5 and the usual mobile calling support, on paper they look an interesting prospect. Read on to see how they perform in our review…..

What about the Design and Controls?

There aren’t any surprises with the design here, headphones tend to all look mostly the same these days and unless they are particularly hideous, once they are on your head you tend not to care. The XFree Go are mostly black with a silver trim around each earcup and silver sections where the headband extends. They look perfectly decent to wear out and about.

With the headphones being mostly plastic, they are very lightweight coming in at just 231g. The headband is adjustable and should cover most head sizes and the ear pads are the usual soft cushion variety. They felt comfortable to wear and our only gripes after a long testing session was that the cushioning to the earcups was perhaps a little too soft which resulted in our ears occasionally pressing against the hard internal surface.

They look perfectly decent to wear out and about

Included out of the box we have a lightweight cushioned carrying case, 3.5mm audio cable and micro USB charging cable and basic instruction booklet. The left headphone has the 3.5mm audio input with all the controls and just the charging port on the right side. We have the familiar multi-function button (MFB) which acts as volume and track change for music and offers various calling features including activation of Siri.

With a fast charge feature the XFree Go can, with just 10 minutes of charging time, operate for up to 4 hours. Also featuring Bluetooth 5, this allows two devices to be connected at the same time, although isn’t widely supported on most smartphones yet. There is no Active Noise Cancelling with these, but they do feature the latest Qualcomm CVC 8.0 Noise Cancellation Technology, this is capable of filtering out up to 30 decibels of ambient noise and is all about improving the experience for the person on the other end of the phone, rather than Active Noise Cancelling which is about improving your own experience.

There is no reinvention of the wheel here, it’s a setup that all revolves around the MFB. Simply holding it for 5 seconds puts the device in pairing mode and once paired to your smart device that is as much as you need to do.

The control buttons are almost identical to other wireless headphones we have reviewed with a central MFB together with volume/track change buttons either side. If you aren’t familiar with this setup it does take a little getting used to as there are several different functions accessed via the same buttons. For example, volume up or down is just single press, holding the button for 2 seconds changes track. Pressing the MFB twice activates Siri.

Pressing the MFB button once will either play/pause the music or answer/end a call. If you want to reject the call you have to hold the MFB for a few seconds. To redial the last number called you press and hold the up and down buttons for 1 second. We are fairly used to this setup now and found no issues using the various functions although we would rather not see any more features shoehorned into the same buttons.

Available for under £30, the XFree Go are firmly positioned in the budget headphone market but given the low price we were impressed with the audio quality. We tested across various sources such as as Amazon Music, YouTube, Podcasts and with all types of music from movie themes, rock, pop and even some classical thrown in. The audio quality was very good for the price you are paying and the maximum volume level is more than enough with only a slight distortion noticed at the top end. Clearly the audio quality isn’t going to compare with more expensive headphones and we did find the bass a little boomy at times and the treble could have been slightly higher, but these are minor complaints when you are paying what is the equivalent of a couple of 4K UHD movies.

The battery life is quoted at 24 hours and we found it to be in that area, it of course depends on if you use it a lot for calls or simply music. The fast charge feature is excellent to have when you inevitably forget to charge them, with several hours play from just 10 minutes of charging.

For just £30 you get a lot for this budget price. They feature a lightweight design, soft ear cups, Bluetooth 5, fast charge feature and call handling feature along with up to 24 hour battery life. Using the familiar multi-function button, it takes a little getting used to but should offer no issues long term. Although we would really like to see the old style on/off switch return rather than having to hold the button for 5 seconds.

The audio quality is good for the price with no complaints with the sound reproduction apart from a slight boomy feeling to the bass and the treble could have been a bit more balanced. The call quality was excellent thanks to the Qualcomm CVC 8.0 Noise Cancellation Technology.

At this budget price range there are numerous equivalents, all with familiar features and design but if you are looking for a set of headphones with good audio quality, features and ones that don’t cost more than a trip to the cinema then the XFree Go Wireless Headphones from Tribit are definitely a set to recommend.